We already know that the Radeon R9 390X is going to be a special card, where according to rumors we can expect it to arrive with a 4096-bit memory bus, made possible with High Bandwidth Memory, or HBM. This card should have memory bandwidth of a truly next-gen 640GB/sec. But, what comes after that, is going to be even better. 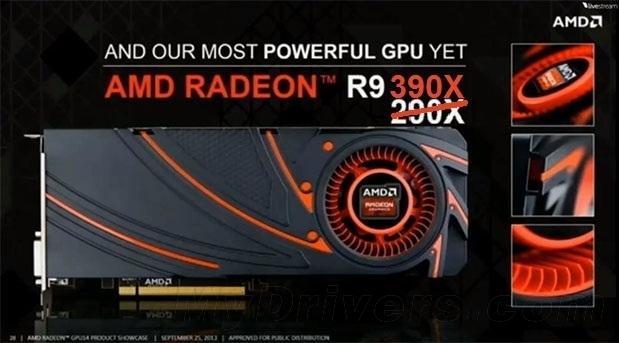 The first generation of HBM, which SK Hynix is now shipping, provides 2Gb per DRAM die, 1Gbps speed per pin, 128GB/sec of bandwidth and is stackable in groups of four. This results in 4 x 128GB/sec = 512GB/sec, with another 128GB/sec coming from somewhere else on the card. But, the second-generation HBM is going to be lightning quick, even compared to the already-damn-impressive first-gen HBM tech.

The second-gen HBM technology will allow for 8Gb per DRAM die, up from 2Gb on the first-gen HBM for starts. This means we should see GPUs with 8-16GB of VRAM on-board. Second, the bandwidth increases to 256GB/sec (up from 128GB/sec) which should arrive as around 1.28TB/sec of available memory bandwidth. Considering NVIDIA's second-generation Maxwell-based GeForce GTX 980s only have 224GB/sec of memory bandwidth on a 256-bit bus, the 4096-bit wide memory bus with 1.28TB/sec of bandwidth will surely do some insane things, especially at Ultra HD and beyond resolutions.

This is where it will get interesting; over 1TB/sec of memory bandwidth on a 4096-bit bus is going to be an amazing sight to behold, especially at 4K or 8K. Even more so on something like VR with the Oculus Rift, where it could render one eye separate to the other, at 1440p each, and still have memory bandwidth to spare. Things are going to get exciting with the Radeon R9 390X and beyond, but I think that's just the beginning. The R9 490X is going to be when things really kick into second gear, not only spitting on 'next-gen' consoles, but it's going to be when game developers hopefully wake up and realize they should be coding for these GPUs with insane amounts of memory bandwidth, as they're truly next, next-gen technologies.