BIOSTAR has announced that it has launched its new Hi-Fi Z97Z7 motherboard, which features "cutting-edge features and innovative durability enhancements". As you can probably tell, the new motherboard is based on Intel's new Z97 chipset, which provides the usual PCI-Express 3.0, PCIe M.2 support, and more. What makes this board stand out from the rest, though, is BIOSTAR's exclusive Super Hi-Fi Audio technology. 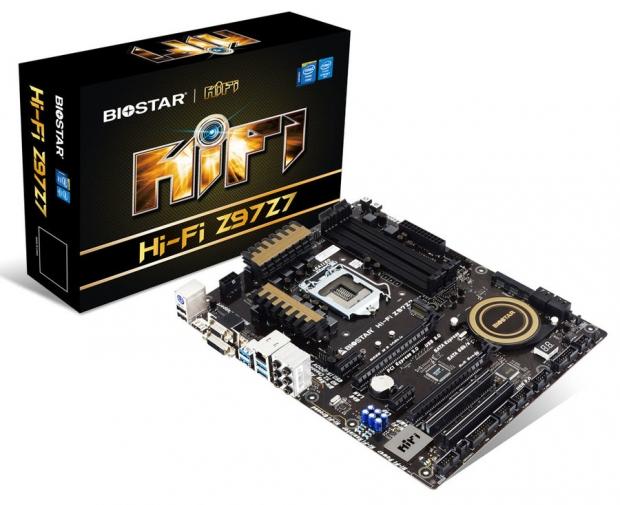 The motherboard itself is an ATX board, with four DDR3 slots, HDMI out, SATA Express, and of course: the Super Hi-Fi Audio which provides power regulation upgrades like Hi-Fi Power and Hi-Fi AMP. The HDMI output offers HDCP, paving the way for full video and Hi-Fi 7.1-channel Blu-ray audio support, even through the standard DVI port.

BIOSTAR has driven its durability and stability even higher, offering Super Durable Solid Caps, which the company explains "are the best quality solid state capacitors with ultra low ESR design, which doubles the lifespan. Another feature is 8-phase power design which gives unparalleled overclocking ability and the lowest temperature to reach maximum performance levels". The new BIOSTAR Hi-Fi Z97Z7 also features the new Super Durable Ferrite Choke, which provides higher current capacity, lower energy loss, and better power stability to the electric current across the board. 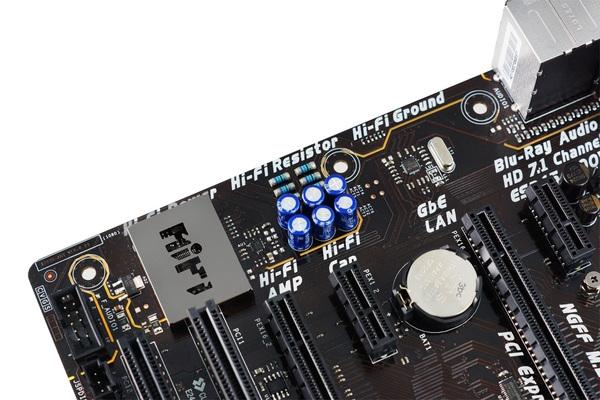 BIOSTAR is pricing the new motherboard with an MSRP of $119.99.