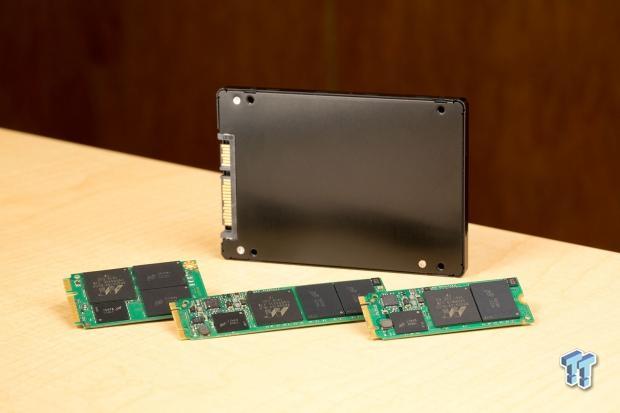 The M600 product series was designed for system builders and OEMs for use in off-the-shelf or custom PCs like corporate notebooks, Ultrabooks, tablets, video production, workstation and even embedded systems that require predictable high performance, low power consumptions, data security and high reliability. 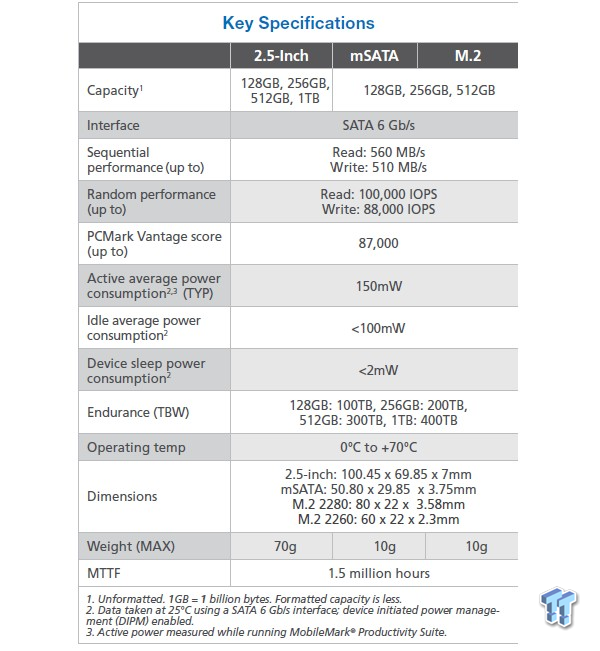 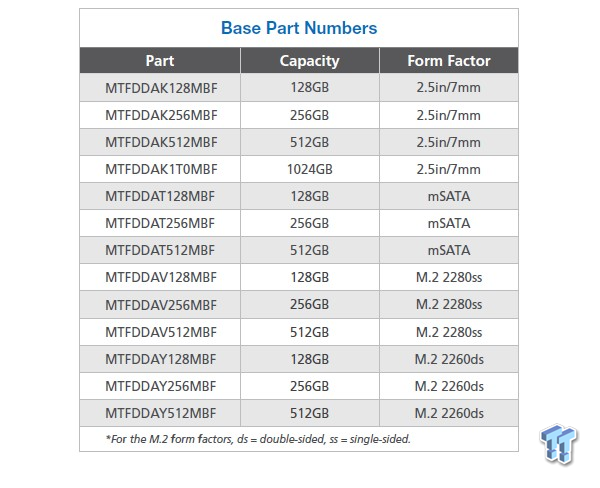 There are thirteen separate product SKUs for the M600 product family. The large 1TB capacity size only ships in the 2.5" form factor but the other three capacity sizes ship in all form factors. Micron has two m.2 models for each capacity size. This comes from the use of 2280 single-sided and 2260 double-sided models.

Micron released a white paper that explains the new Dynamic Write Acceleration feature in detail. You can read it here.

To date, performance gains on MLC-based SSDs have primarily been achieved by reducing overhead and increasing parallelism in NAND to match drive performance as close as possible to the theoretical capability of the underlying hardware. Theoretical hardware capabilities are based on many factors, including capabilities of individual NAND components, quantity of NAND components, NAND Flash channel speeds and quantities.

When the number of NAND components in the SSD is limited, as may be the case with small-density SSDs, the theoretical capability of the underlying hardware may become a limitation. This can be circumvented by using a higher number of smallercapacity NAND components to increase the amount of parallelism for the same amount of storage; however, this often adds cost because the lowestcost-per-gigabit NAND parts also tend to be the largest-capacity parts.

In explaining the dynamic nature of this technology, the following terms are used:

We hope to have more information soon. We're reaching out to some friendly system builders to see about getting some products in for further testing.