The HTC One M8 is here, but before we know any serious sales numbers on it, the smaller One Mini 2 is being teased. The shrunken down One M8 would reportedly arrive in brushed metal, silver, and gold. 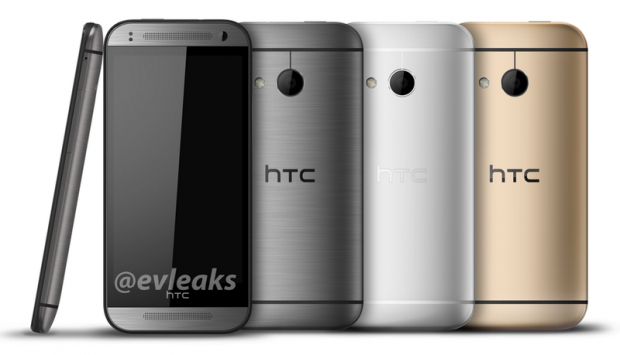 The One Mini 2 would not feature the dual-sensor Duo Camera that the bigger One M8 does, and it'll also drop the dual LED flash. The metal body from the One M8 will be used once again for the smaller One Mini 2, but it won't be metal up front like the M8. There will be a plastic rim around the screen, and up the top.

HTC will be shifting around the sensors and power button, but at the end of the day it'll resemble the One M8 in many more ways. We should hear more about the One Mini 2 in the coming weeks and months.