In Late January, we got our hands-on the new LaCie Fuel 1TB storage device for review. We liked the Fuel a lot and gave it a 90% rating when all the tests were done. One of the things that might have bothered some about the Fuel was that 1TB of storage isn't that much space. 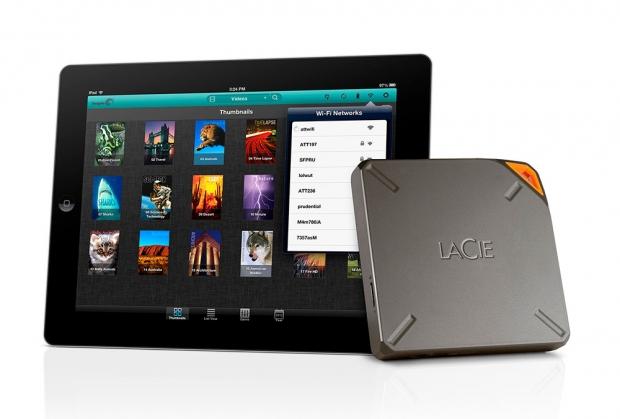 LaCie has announced a new version of that drive that has the same feature, but has twice the capacity. The storage capacity is now up to 2TB. The 1TB version is still available. LaCie talks about the device as if it's for the iPad only. It should work with just about any mobile device that has a version of the Seagate media app available. Devices that support that app include iOS devices, Android, and the Amazon Kindle.

The 2TB Fuel is able to stream content to up to five devices without needing an internet connection. When a Wi-Fi connection is available, the Fuel can be used as a hotspot. AirPlay is supported making it easy to shoot content to the big screen in the living room. Battery life for the device is 10-hours. The 2TB Fuel can be pre-ordered now for $249.99 in the US with shipping globally happening this month.