Battlefield 4's upcoming Naval Strike DLC is one of the most anticipated expansion packs to hit the Battlefield franchise in quite some time now, mainly due to the return of "Titan Mode" in the form of a new mode called Carrier Assault. In this new game mode teams will be pitted against each other with one single goal, destroy the other teams aircraft carrier before they destroy yours. 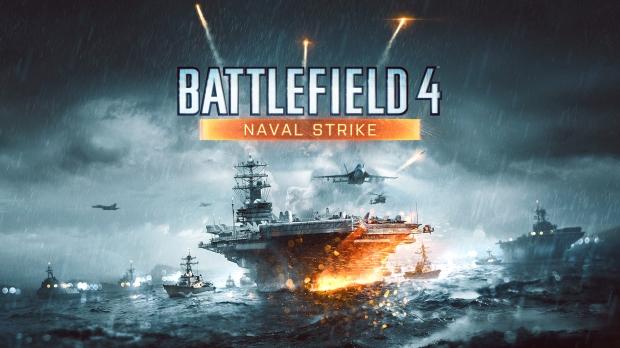 In Carrier Assault, teams will need to take control of key points on the map that when captured, release a torrent of missile attacks on the rival teams aircraft carrier. Once enough of these missiles reach their target, the carrier will have suffered enough damage to allow enemies to breach its hull and enter the ship. Once the rival team has entered the carrier, the objective shifts to arming two M-Com stations placed within the carrier. When both M-Coms have been destroyed for either team, the round is over. Alternatively, users can continue the missile barrage and bring the ships hull health down to zero percent which also ends the match.

Battlefield 2142 and Titan mode veterans will feel right at home with Carrier Assault, with the unique focus of giving players several options to win the match - either through map control or close quarter fighting inside the enemy HQ. The differences in setting and time period do however make Carrier Assault a fresh experience, and we hope you will get the same thrill out of parachute-spawning down to a carrier as you did when blasting off in a rocket pod towards a Titan. 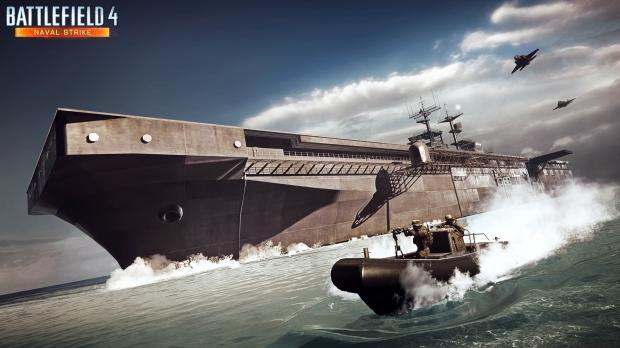 Carrier Assault has been a fun challenge to develop, with many important aspects to be aware of. As fans of the old Titan mode, we really wanted to nail the end game part of the game mode, where both teams are attacking each other's carriers. From a design point of view, it was important to create that special feeling of excitement that the potential different outcomes of a match generates.We also wanted to keep control of the map important, so a team which is having trouble pushing through inside the enemies' carrier can still win the level by defending their own carrier while controlling the missile launchers. 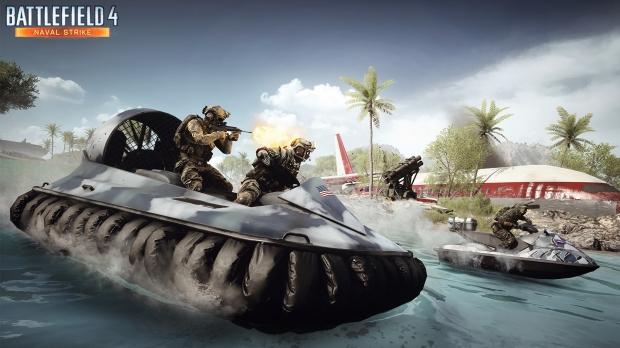 The Naval Strike expansion launches later this month for Battlefield 4 Premium members, and to the rest of the world in April. The DLC will launch simultaneously across consoles and PCs. No word has been released on how big of a download Naval Strike will be, but if any of the previous Battlefield 3 and Battlefield 4 expansions are any indication, you may want to free up 30GB-50GB on your install drive just in case.