A few weeks back the internet was set ablaze with speculation and rumors after Elon Musk met with Apple's executives, and while everyone else was hung up on acquisition rumors, I reported that the talks were more than likely about investing in a new battery manufacturing facility. A little over a week later, my suspicions were confirmed when Elon Musk announced what is to be the world's largest battery factory. 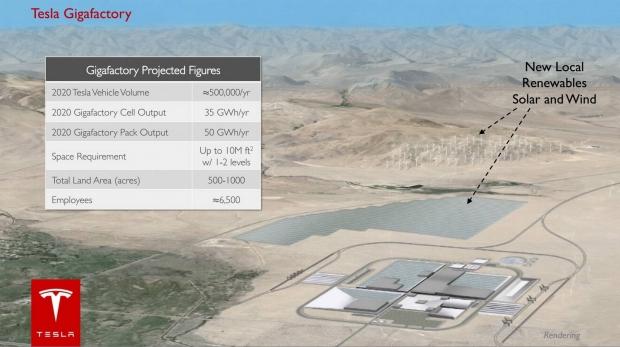 Musk says that Tesla will build the largest battery manufacturing facility ever with the help of investments from others totaling $5 billion of which $2 billion Tesla will invest itself. Musk's goal for the new "Gigafactory" is to have the 10 million square foot facility producing more batteries annually by 2020 than the entire world's current annual production. This would allow Tesla to ramp up its production to the levels of that of Ford, GM and other major manufacturers today.

With Apple one of the largest consumers of Lithium-Ion based batteries in the US, and tons of reserve cash just sitting in banks, it made perfect sense for Tesla to approach the Cupertino-based company as a potential investing partner. With Tesla only looking for $1.6 to $2 billion in extra funds, Apple could easily front the money in exchange for deep discounts, or better battery technology that results from the deal. With battery manufacturing mostly an automated process due to the extreme hazards of the chemicals involved, labor cost would be very low, making the investment even more attractive for Apple.