The AMD APU13 conference is continuing on, with some new details about AMD's Mantle API. DICE's front man for the Frostbite engine, Johan Andersson, took the stage at the APU13 conference to talk about Mantle, and how it is going to be used extensively in Frostbite. 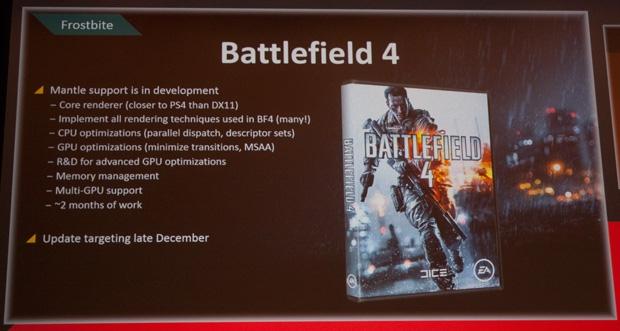 Andersson said that there would be a Mantle-powered version of Battlefield 4 released soon, something I'm excited to start testing on, and that there will be a bunch more games released under the Frostbite engine, that would be powered by Mantle. The biggest benefit to take away here is that Mantle has a lot less of an overhead to it, when compared to DirectX. 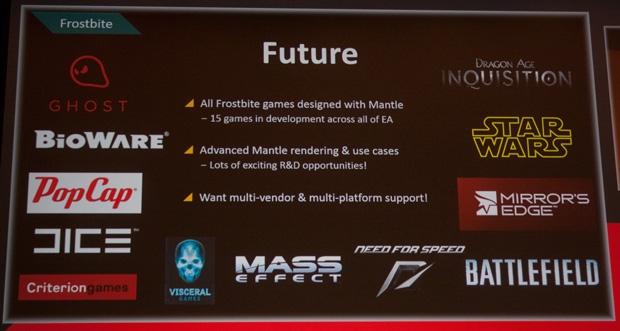 Jorjen Katsman, from Nixxes, the developer who is working on porting Thief to the PC, said that DirectX 11 has an overhead of around 40%, while Mantle has an overhead of just 8%. Katsman said that it's "not unrealistic that you'd get 20% additional GPU performance" with a Mantle-powered GPU.

There are currently 15 games in development that will support Mantle, which will include Plants vs. Zombies: Garden Warfare, the Mirror's Edge prequel, Dragon Age: Inquisition, Star Citizen, Thief, and more. These are some of the biggest games coming soon, so it's an exciting time to be an AMD fan.