Apple's new iPad Air uses some impressive display technology from IGZO, which has resulted in a reduction of weight of over 25%. Most of ths is thanks to lowered power consumption, which allows the iPad Air to feature a thinner battery, too. 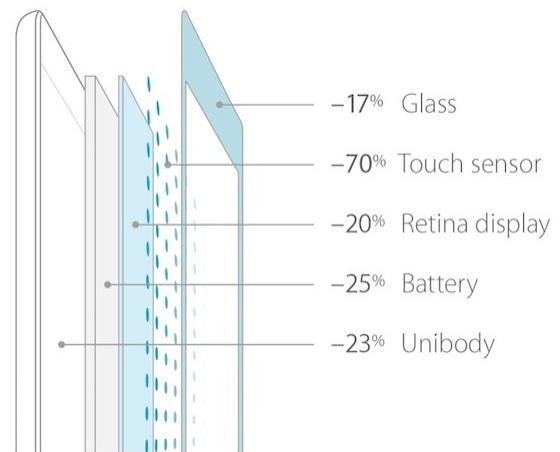 IHS iSuppli has released its cost analysis, which points out that Apple's iPad Air uses just 36 LEDs to light the display, which is down from as many as 84 LEDs in previous models of the iPad. The iOS giant has also reduced the thickness of the display assembly, so with all of this display-related changes, we can see that the company has been capable of improving the size and weight of the new iPad Air.

But, does this lead to a better-looking display? Not exactly. Ray Soneria from DisplayMate Technologies has said that while the IGZO-based technology in the iPad Air has allowed for a thinner, more battery-friendly tablet, it doesn't look as good as something like the Kindle Fire HDX 8.9 display, which is based on LTPS (low temperature polysilicon technology). LTPS offers even better performance, and lower power requirements than the IGZO display.