We loved the Intel NUC when we looked at it, but we always need more power, speed and features. This is something Intel is working on, where they were showing off a new Haswell-powered NUC at PAX Prime 2013. 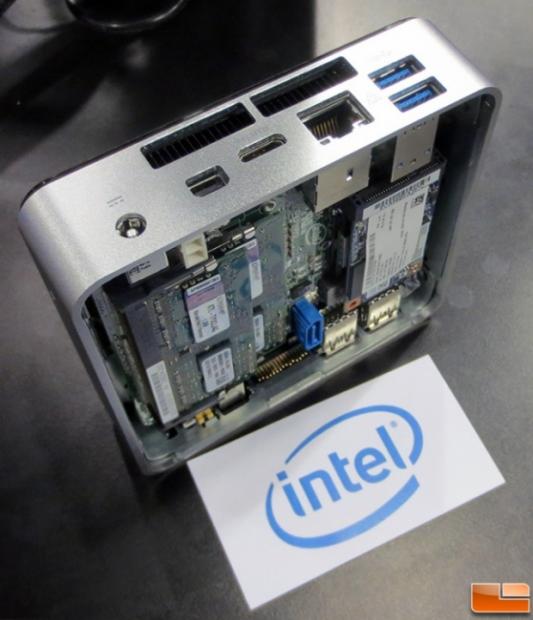 The Intel NUC Kit D54250WYK featured a Core i5 4250U processor, which runs at 1.3GHz but can be pushed up to 2.6GHz with Turbo enabled, and is a dual-core part with 3MB of smart cache. Intel HD Graphics 5000 is included, with the entire processor coming in with a TDP of just 15W, which is just incredible.

Most of the refreshed NUC units have USB 3.0 ports, which is very good to see, something I missed on the original Intel NUC unit when I reviewed it, here. You can be sure we'll have reviews of the new Intel NUC when it is released later this year.