Lenovo have just unveiled a heap of new laptops, which are all running Windows 8 and are touch-capable. We have the Lenovo Miix, which is a 10.1-inch tablet that feature a "quick-flip" detachable folio case with an integrated AccuType keyboard that converts it into a full-fledged Windows 8 laptop. 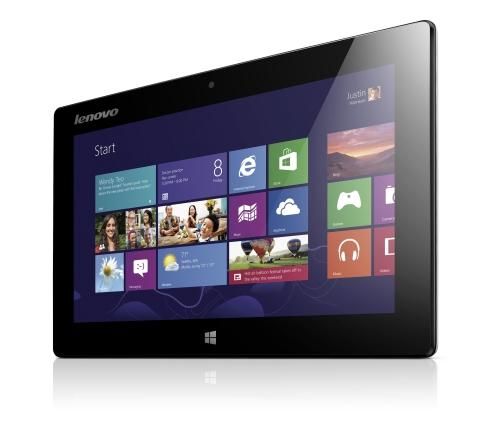 But there are so many other new models, too, including the IdeaPad S400 Touch, S500 Touch, S210 Touch, U330 Touch and U430 Touch. The Lenovo Miix features a 10.1-inch 1366x768-pixel IPS display that works in both tablet and laptop mode. It features a Intel Atom-based dual-core processor, with 64GB of built-in eMMC storage which is expandable through a microSD card slot. The Miix weighs just 1.2 pounds and is just 0.4 inches thick. There's Bluetooth 4.0, Wi-Fi and/or optional 3G-GPS connectivity. The Miix should feature around 10 hours of battery life and will start at around $500 when it launches in the summer.

The IdeaPad S400 and S500 can be configured with Intel's third-generation Core i5 processors. The IdeaPad S210 features either Intel's third-generation Core i3 or Core i5 processor. All three products include Dolby Advance Audio v2 certification which will give consumers a great audio experience. S Series users will also enjoy Lenovo Companion, Lenovo Support and Lenovo Cloud applications which will allow data backups and recovery in a simple way.

The new U Series laptops are available with Intel's latest and greatest "Haswell" processors, the fourth-generation Core products. These devices feature optional NVIDIA GeForce graphics, 1TB of storage, a 16GB SSD and have it all crammed into a metal frame weighing just 3.7 pounds. The U330 Touch features a 13.3-inch display which can be optioned up to a Full HD screen. The U430 Touch features a 14-inch HD+ or Full HD display.