It looks like Samsung is ready to launch their Galaxy S III Mini, which should sport a 4-inch screen and compete directly with the iPhone 5 on screen size. But Mobile Geeks are reporting on a leaked price, with the model number of GT-I8190 and GT-I8190N popping up some online retailers from Switzerland and Austria. 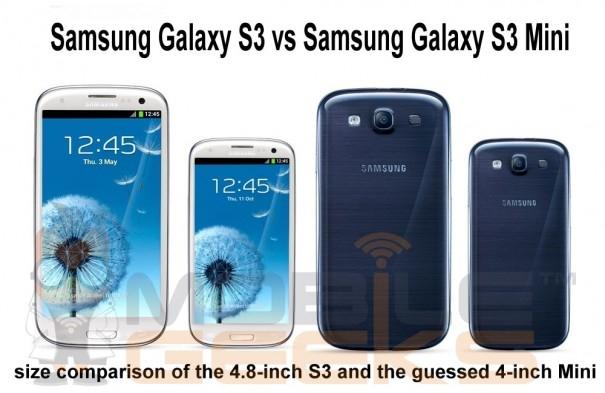 The Galaxy S III Mini is being priced by some Austrian stores at 390 to 540 francs, which when converted is around 323 Euros, or roughly US$399 or so. An expected availability date has been given with the earliest time to expect these mini S III's is October 16, or early-November most likely.

The new Galaxy S III Mini will be made available in the two colors its bigger brother launched in, Marble White and Blue Pebble. We should expect the 4-inch display to sport a resolution of 800x480 pixels, and a less-powerful rear-facing camera. We should expect just a dual-core version of the S III Mini, but that should be fine given that the device is more than powerful enough, even as a dual-core smartphone.

This should be quite popular and gives Samsung such a huge reach on the smartphone market now with the Galaxy S II, S III, S III Mini, Note, and Note II smartphones with 4.3-, 4.8-, 4-, 5.3- and 5.5-inch screens, respectively. Comparing this to their competitor who offers the one and only 4-inch iPhone 5, it gives Samsung a huge amount of power in choice to consumers.

Thanks to Sascha over at Netbook News for the tip!