We've talked about this a few times, but the latest news to float onto the surface that is the sea of the Internet is that Valve were hiring hardware engineers, that myself, and other tech sites presumed was for their unannounced Steam Box home console. I was wrong. It seems as though Valve are hiring for something quite different: wearable computing. 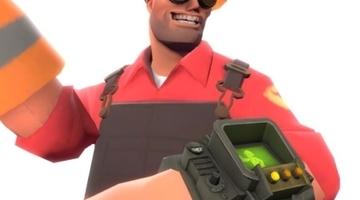 Google are doing it, Apple will wait a few years and do it and call it revolutionary, but it seems Valve are also getting into the mix. Games Industry reports from a recent blog post by Valve developer Michael Abrash where he revealed the fact that Valve are hiring for wearable computing. The project is inspired by Neal Stephenson's novel Snow Crash, where Abrash has taken it upon himself to try and shrink computers down to the point where you can have one on you at all times.

The logical endpoint is computing everywhere, all the time - that is, wearable computing - and I have no doubt that 20 years from now that will be standard, probably through glasses or contacts, but for all I know through some kind of more direct neural connection. And I'm pretty confident that platform shift will happen a lot sooner than 20 years - almost certainly within 10, but quite likely as little as 3-5, because the key areas - input, processing/power/size, and output - that need to evolve to enable wearable computing are shaping up nicely, although there's a lot still to be figured out.

He does make it clear that Valve are in the very early research & development days, with nothing concrete enough to show off to the public right now. He goes onto say:

To be clear, this is R&D - it doesn't in any way involve a product at this point, and won't for a long while, if ever - so please, no rumors about Steam glasses being announced at E3. It's an initial investigation into a very interesting and promising space, and falls more under the heading of research than development. The Valve approach is to do experiments and see what we learn - failure is fine, just so long as we can identify failure quickly, learn from it, and move on - and then apply it to the next experiment. The process is very fast-moving and iterative, and we're just at the start. How far and where the investigation goes depends on what we learn.