ASRock have literally just started to show off the upcoming X79 Extreme11 motherboard that hopefully isn't too far away and will get a showing at CeBIT this week. If the previous X79 Extreme9 is anything to go by we should be excited as we found ourselves impressed with what ASRock was doing with the board when we looked at it earlier in the year. 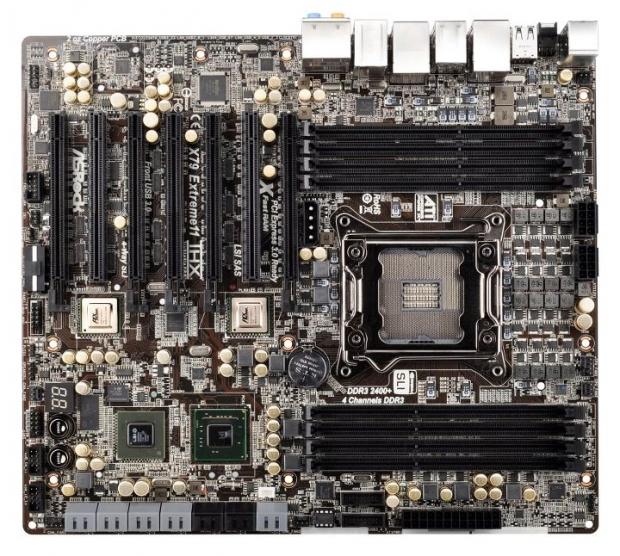 We don't have heaps of information on the board at the moment as the covers have literally just come off it, but you can see, we're dealing with a total of five PCIe x16 slots which offer support for 4-way video card setups (SLI and CrossFireX) along with two legacy PCI slots.

Audio is provided by the Creative Core3D chip which is impressive and you can see eight DDR3 slots, two 8-pin CPU connectors, the typical debug readout and a power and reset button sitting next to it. Extra power connectors also include a Molex connector on the far left under the bottom most PCIe slot along with a second Molex connector next to the top most slot.

Don't worry; we've already asked for a sample and we'll be checking this bad boy out as soon as it arrives!