Closing in on the big X79 / Sandy Bridge-E launch in mid November and today we get a peek of another X79 board with all the final fancy trimmings in place. This is ASRock's entry into the next-gen LGA2011 field with its X79 Extreme7. It inevitably won't be the only X79 from ASRock to turn up at launch, but it's the first we get to take a good look at pre-launch thanks to some chaps over at XFastest. 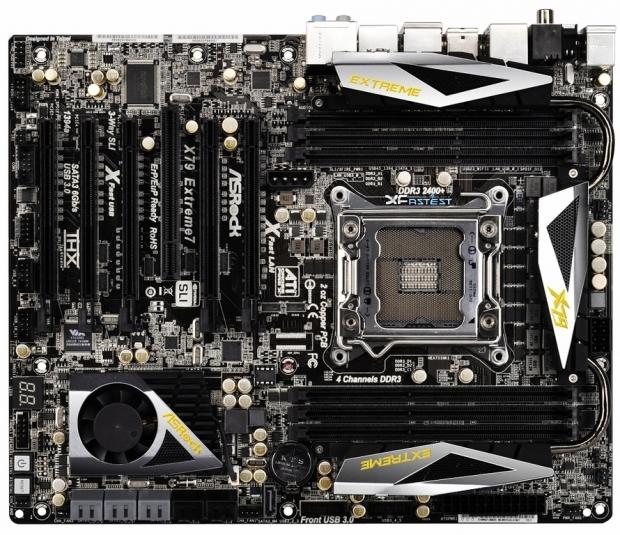 Sporting a 16-phase VRM with high grade chokes and server grade poscap capacitors, you know this is one serious piece of hardware straight off the bat. There are six DDR3 slots total, split into three on either side of the socket that are powered via a 4-phase VRM and are ready to provide some of that lovely quad-channel DDR3 goodness. The overall heatsink design looks super serious (and rather awesome!) with there even being heatsinks over the memory VRM areas that are connected to the heatsink over the CPU VRM via heat-pipes. 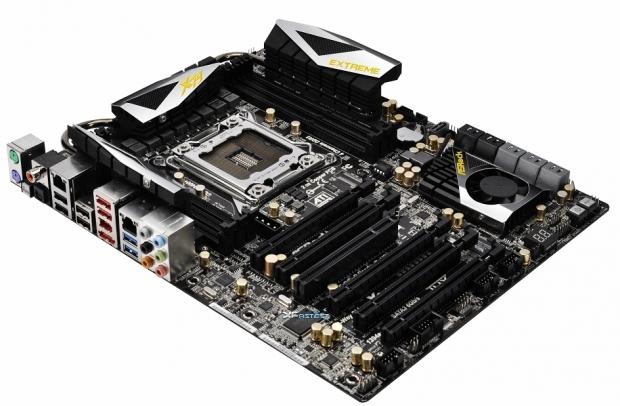 As for expansion slots, there are five x16 slots total with two being able to run full bandwidth PCI-E 3.0 x16, and four at PCI-E 3.0 x8 bandwidth (dependant on the add-on card configuration). You get 11 SATA ports internally, seven of which are SATA 3Gb/s and four being SATA 6Gb/s, while there is also an eSATA 3Gb/s port on the rear I/O. 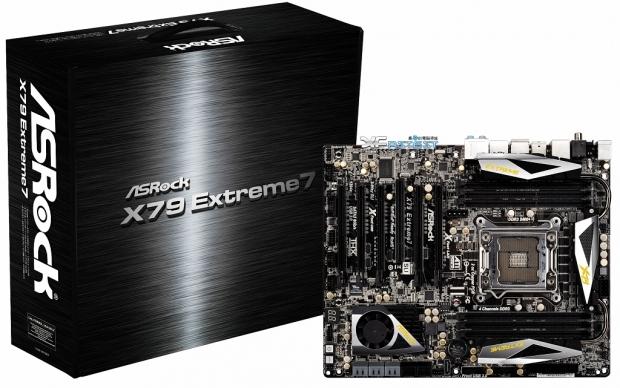 The X79 Extreme7 also has six USB 3.0 ports (two being on the rear I/O and four more via headers) and its audio setup is 8+2 channel HD with optical and coaxial S/PDIF outputs. The other typical features are also there with dual Gigabit Ethernet, FireWire and a range of USB 2.0 ports.