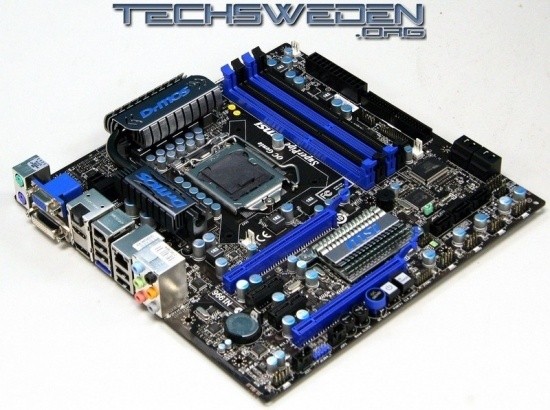 The H57M-ED65 from MSI is of the micro-ATX form factor with enthusiast oriented features. the CPU gets a 10-phase VRM to play with and what looks to be very adequate cooling all over the DrMOS chips. 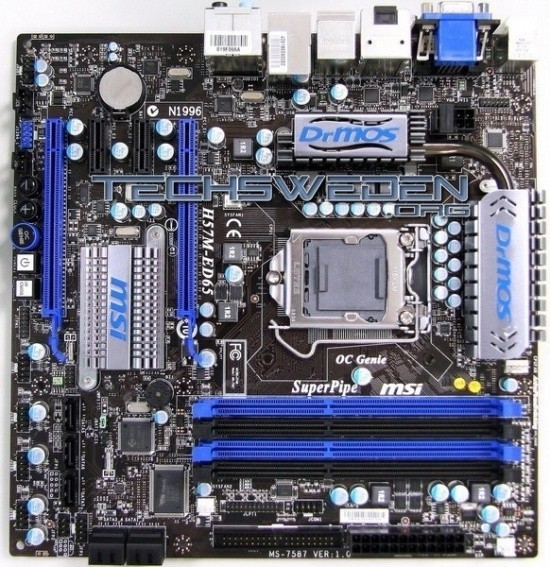 The board exclusively supports PCI-Express with no residing legacy PCI slots. The arrangement is two x16 slots (electrically at x16 / x4) and two x1 slots.

Storage wise, the board includes six SATA 3Gb/s ports controlled by the chipset, with two more also resident via a seperate controller and also an eSATA port on the rear I/O. Also included is an IDE connector on the board. 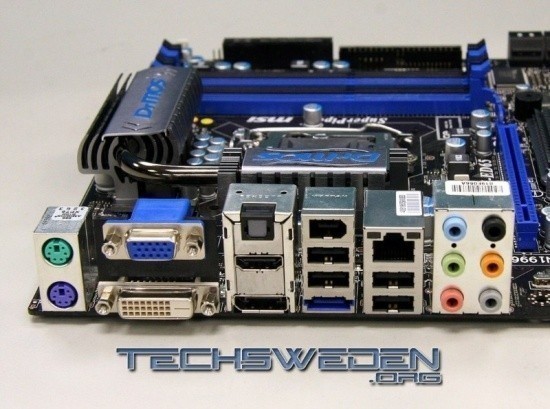 Speaking of the rear I/O, you'll see the board includes DVI, D-Sub, HDMI and also DisplayPort connectivity options. All the other expected features are in place as well; a stack of USB ports, Gigabit ethernet, 8-channel audio with S/PDIF, FireWire and more.

For more images, check out the source link below.
NEWS SOURCE:techsweden.org
Newsletter Subscription