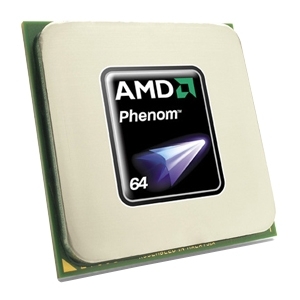 The move will continue to put pressure on Intel which has already slashed prices of its Core 2 chips by about $33.

The chips are apparently being aimed squarely at 'O'clockers on a budget', especially if one considers this chip coupled with the new 785 chipset DDR3 mainboard, a pretty winning combination.

We're not entirely clear on pricing yet, but AMD has two choices, it can either launch its new 965 at the same price it launched the 955, or launch it at the 955's current prices and scoot everything else down a bit.

Either way, it certainly seems AMD are having an impact on rival Intel's pricing. If we were Intel, we might be considering a rebrand right about now...
Newsletter Subscription