The strike caused damage to a PDU and a single availability zone but was enough to disrupt service to some US customers starting at around 6:20 PM on Wednesday.

In total there are about seven hours of disrupted service for the affected zone. Users were able to launch replacement instances in other zones while their zone was out. 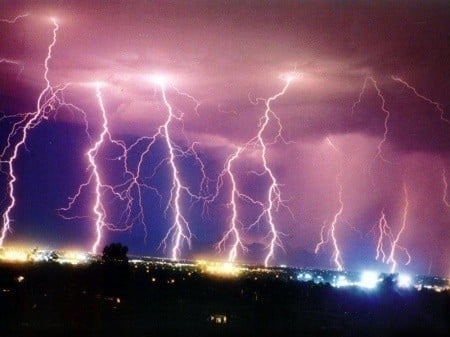 "A lightning storm caused damage to a single Power Distribution Unit (PDU) in a single Availability Zone. While most instances were unaffected, a set of racks does not currently have power, so the instances on those racks are down," the company said initially on the health dashboard.

The disruption lasted about seven hours, during which time Amazon asked any affected customers to use alternative parts of the network. "Users with affected instances can launch replacement instances in any of the U.S. Region Availability Zones or wait until their instance(s) are restored," Amazon said.

The company later attributed the outage to a problem on one "availability zone" and that the outage was localized. "We would like to reconfirm that this issue was limited to the single Availability Zone where this power issue occurred, and that a very small percentage of instances in that AZ were affected; this was not a generalized service issue," Amazon said