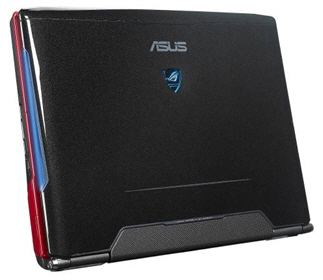 Being heavily focused around performance and gaming, ASUS has removed Overspeed Protection on this monster which gives users the freedom to overclock, not that this would be necessary given what's under the hood. ASUS go with the best of everything for the G71; a 17" Crystal Shine 8ms high brightness display, NVIDIA GeForce 9700M GT 512MB graphics, up to 4GB of DDR3 1066MHz memory and the option for a whopping 1TB HDD capacity using two 500GB HDDs.

The goodies don't end there, though; you can get the full rundown on its feature-set within the official PR here folks.

Taipei, Taiwan, October 6, 2008 - Consistent with the tradition of breaking new grounds, ASUS is proud to present the world's first Intel® Quad Core™ Gaming notebook-the G71. Specifically designed with gamers in mind, the G71 is the first in ASUS' planned series of Quad Core™ gaming notebooks and an addition to its expanding G Series. The G71 delivers a total gaming experience in a highly portable package, with an emphasis on audio clarity and stunning graphics performance.