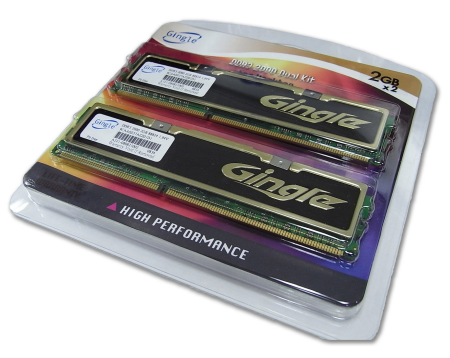 In their internal testing and working with the folks over at DFI, they managed to clock one of their 4GB DDR3 memory kits all the way up to 2100MHz on a DFI LANParty X48 motherboard.

Gingle also claimed a couple other memory performance feats, as you can see below.

8GB (4pcs) 1800MHz CL9: the biggest challenge of high speed memory is the limitation of capacity. Occupying all the 4 DIMM slots of Intel X48 up to 8GB with a low timing of 9-9-9-22 the memory frequency speed was able to run at an amazing top speed of 1800MHz.

You can find out more information over at the press release, which we uploaded here.