Common Problems and What Causes Them

While Microsoft won't give exact numbers, up to 30% of the first 16 million Xbox 360's sold are (or soon will) experience technical difficulties. Literally millions of 360 gamers have had their gaming enjoyment cut short by the various errors that plague the Xbox 360. The Red Ring of Death, the "black screen of death", the 1 red light error and many others can have a dramatic effect on your enjoyment of the system. Errors and problems seem to surround the Xbox 360 like a cloud.

Where does a concerned owner turn for information? How do you find the best information to help you get your system back up and running? Can you even repair your Xbox 360? The honest answer is maybe. Depending on the issue you are dealing with, you may be able to fix it or you may have to replace something. 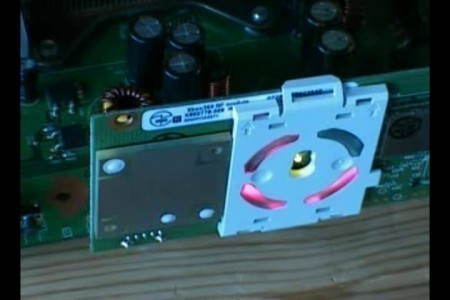 What are the Most Common Problems with the Xbox 360?

While there are lots possible errors you may run into with your Xbox, the most common problem is the 3 red light error. You may be more familiar with the names Red Ring of Death or RROD. Each of these names refers to the same problem; the Ring of Light (power button lights) illuminates red in three quadrants; in sections 1, 3 and 4 to be specific. In addition, when the error occurs your console will become inoperable. The dashboard will not function, nor can you turn the console off through the controller. In some cases an E74 error screen will be displayed on the TV. The only action you are able to take is to shut the console down via the power button on the front of the console.

The number of 3 red light errors has become so great that Microsoft has extended their warranty for this problem up to three years. For more help with the 3 red light error see this Xbox problems and fixes guide.

The second most common problem with the Xbox 360 is the 1 red light error. In this instance, the only LED illuminated on the Ring of Light is in the lower right section. This error denotes a "hardware failure". Unlike the 3 red light error, this one displays an error code across the TV screen, giving you additional information about the problem. However, this information is often erroneous. The Xbox detects a problem with a system such as the DVD drive or the hard drive, but does not detect the underlying reason for the malfunction. Frequently, the cause of the 1 red light error is the same as that for the 3 red light error.


What Other Errors Can Affect My Xbox 360?

In addition to the two errors mentioned above, other problems can plague your console. Two red lights on the Ring of Light denote an overheated condition, while all four LEDs illuminated simultaneously indicate an AV problem. Both of these errors seem to have separate causes, but closer investigation has revealed that they share a similar source to the two other errors mentioned previously. A whole list of Xbox 360 problems can shed more light on this issue. 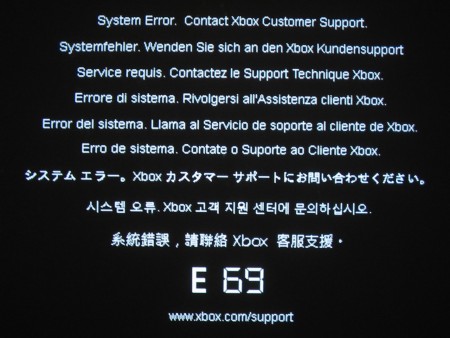 What is the Underlying Cause of All These Errors?

Almost all of the problems experienced by Xbox 360 owners can be traced to a single, underlying cause. This cause is actually a combination of several factors engendered by Microsoft's subpar construction methods. In their rush to be the next generation console, they made some serious mistakes...

There are several parts to the problem. One area of concern is the type of lead-free solder used to hold the GPU and CPU to the motherboard sockets. This solder becomes very brittle when exposed to high heat levels, such as those found in the console. As the solder becomes brittle and weak, cracks form in it, especially around the corners of the GPU.

The second area of concern is the size of the heat sinks used for the GPU and CPU. The heat sink is too small to adequately disperse the heat produced during operation. An additional area that poses problems is the X-clamp mounting configuration used to hold the heat sink to the motherboard. This system actually creates heat buildup below the GPU chip and makes the solder more brittle.

Finally, the thermal protective paste applied to the GPU and CPU is not sufficient to dissipate heat. When taken together, these separate problems cause major issues with console operation. The expansion of the motherboard forces the GPU up, breaking the solder at the joints. This results in the GPU breaking contact with the motherboard and becoming inoperable.

Other Problems and Resolutions

Are There Other Problems?

Yes, the Xbox 360 experiences several other problems. Issues such as game disc scratching can be chalked up to consumer ignorance, rather than an error on Microsoft's part, though. Inadequate cooling is also partially the responsibility of the owner. The console must be set up in location with adequate ventilation to ensure proper operation, not counting errors such as those covered above. Finally, loss of video output is the most recent problem to crop up in the consoles. This may appear to be a problem with the AV cable and the cable is the first thing that should be checked for proper operation. However, in many cases the loss of video can be traced back to a loose GPU chip on the motherboard. 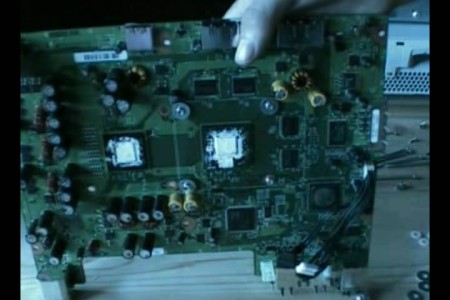 How Do I Fix My Console?

Inevitably, the question of repair crops up. You have two choices for repairing your console, though your ultimate choice will be dictated by the type of error you are experiencing, as well as how long you have owned your Xbox 360. If your console is still under the 1-year manufacturer's warranty, you can send the console back to Microsoft for repair. Be prepared, the repair can take up to two months to complete. If your console is less than 3 years old and you are experiencing the 3 red light error, you are also eligible for warranty coverage.

However, if your console is not covered by warranty, or you do not wish to wait for the two-month repair process, you can take matters into your own hands. Repairing most of the issues that revolve around the Xbox 360 is a simple matter. In almost all of these cases, just making a small modification to the cooling system of the console can alleviate the problem. At home Xbox 360 3 red light repair requires nothing more in the way of tools than you likely have lying around the house already and can be performed by anyone at all (more specifically you will need a screwdriver and a poking device to open the case). There is no technical experience required as you won't be doing any soldering. 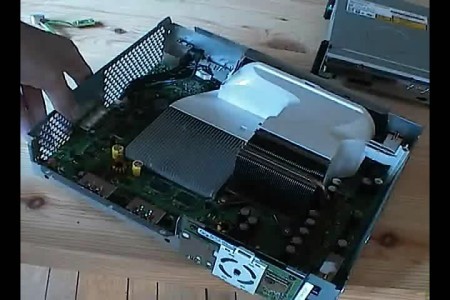 No matter what route you choose, you need to know that these errors do not go away on their own and you need to take the proper actions to fix the hardware issue. There are some rumors flying around online about a towel fix, but that only makes the problem worse (so you would be best to avoid it). To avoid running into these problems, be sure to keep your Xbox 360 in a well ventilated area and try not to leave it running overnight. 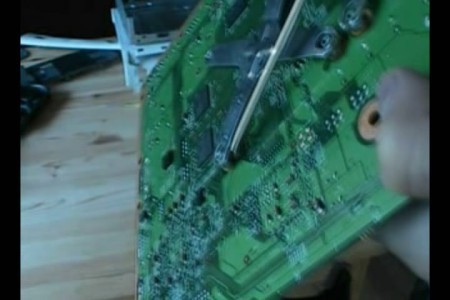 Anthony Uccello is an avid Xbox 360 gamer and has been playing video games since Atari. He bought his Xbox 360 the day of the launch and was enraged when his Xbox 360 stopped working because of the Red Ring of Death error. It was then he founded www.Xbox360Repair.ca and has been helping people fix their Xbox 360's ever since.