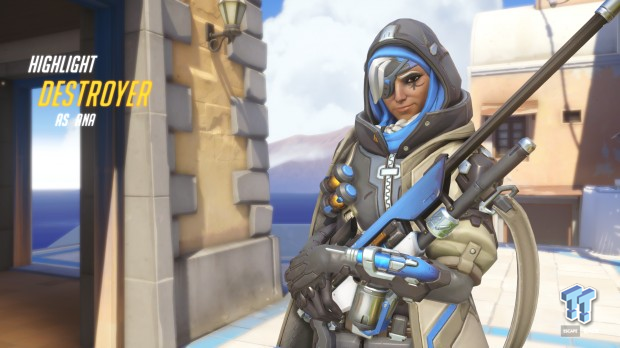 Overwatch will see the release of its first post-launch hero in the next week or two, and she's nothing if not innovative.

A sniper-support hybrid, Ana Amari is the mother to Pharah, and was once known as the world's best sniper. Believed to have been killed by Widowmaker during a rescue mission, she has now resurfaced alive and well (albeit missing an eye), and come out of retirement to fight for her country (Egypt) once again. That's right - Ana fulfills the awesome yet rare 'badass old lady' archetype.

She's available to try now on the Public Test Region (PTR) on PC, so I took her for a spin to see how she plays and what exactly her role is.

The Role of Ana

Ana is more a support character than a sniper, as she has no headshot multiplier, and her abilities encourage her to play a second line role. Still, her range is of value at times, particularly against turrets and funnily enough, Pharah. 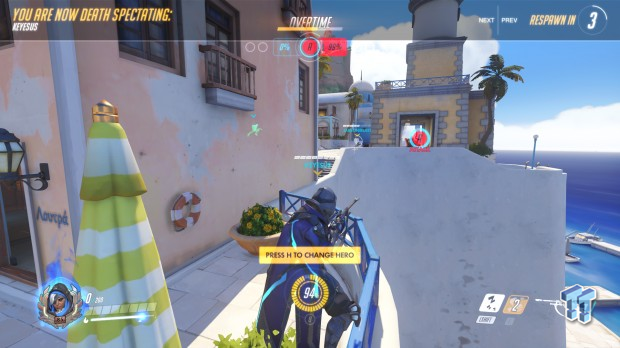 While her damage per second (DPS) is reasonable, her real strength is in her abilities, each of which offers enough power and versatility to turn fights in your favor if used smartly and in coordination with your team. More than other heroes, she shines when played on a team that coordinates heavily using voice chat.

To heal, simply shoot a friendly to give them a quick HP increase; shoot multiple times if they need more. It's generally more difficult to land these important shots when aiming down sights (ADS) due to the twitch nature of the game, and it's slower, so playing near allies and hip firing is encouraged more often than not.

When it comes to damage, you will want to ADS on agile characters sometimes, particularly Pharah, because Ana's ADS shots are hitscan (which hit immediately) whereas her hip fire shots are projectile (which have lead time). As you might expect, agile characters like Pharah are much easier to take down with hitscan weapons. 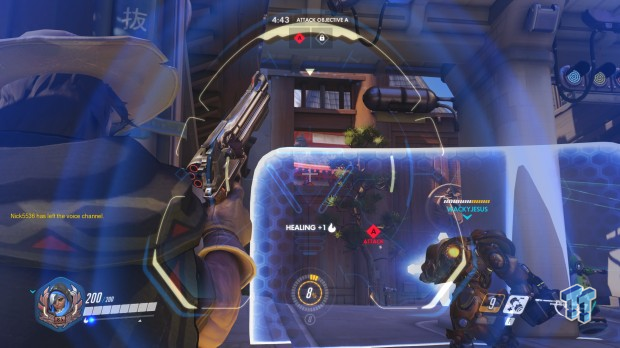 Ana originally could only hold six bullets, but that's since been buffed to eight, so spamming is sometimes recommended, and missing is more forgiving, making for a good change.

Her Sleep Dart is a projectile weapon that knocks an enemy out for about six seconds, although they will wake up if damaged. As such, making it effective at all means coordinating with your team. If you don't, they will almost always damage your target, rendering the ability pointless.

Dart is an important escape tool for Ana, but it's also great for canceling enemy ultimates, giving your allies time to come together and gang up on the target, turning fights into a 6v5, or just ensuring you'll cap the point or deliver the payload (after all, just one good ultimate can turn a match around). It's balanced by being slow and requiring precision, so you either want to be very close to your target or incredibly good at leading shots on fast-moving targets. Failing that, you will miss and have to wait 12 whole seconds before trying again. 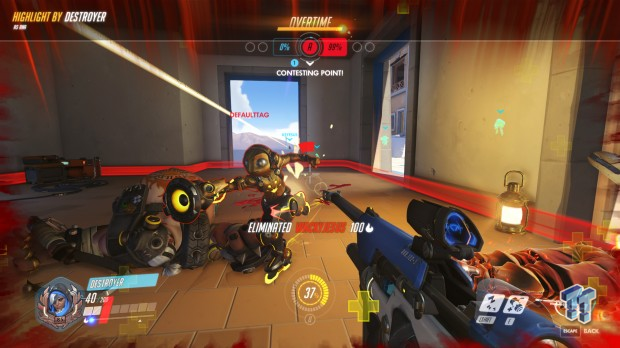 Biotic Grenade heals you and your team while dealing a not insignificant amount of damage to enemies with its area of effect (AOE). As with Dart, it's useful as a solo tool for self-healing purposes, but shines when used in concert with your team. To name a few uses, you can heal a group of your guys for a bunch, neutralize a Lucio, or turn 6v6 battles in your favor. It can be thrown long distances with great speed, too, so if you're playing midrange for any amount of time, it's still relevant.

Nano Boost essentially turns one of your teammates into a super soldier. If you're familiar with the Berserk ability from RPGs, it's essentially that, except with no penalty to health or damage: the target's damage is boosted, they take less damage, and they get a speed buff. Naturally, it's best used on characters that can deal a lot of damage: McCree, Pharah, Reinhardt, and D.Va, to name a few. It also works great as a means to buff ultimates and ensure they see completion (perhaps more with Pharah than anybody else), and in a pinch, it might be smart to use it to save an ally.

Ana may find her way into many team compositions as a second healer with great utility and decent damage. Should it pan out, I have no doubt she'll be paired with Lucio every time or nearly so, as her Biotic Grenade synergizes very well with his area of effect healing, while his speed boost allows her to play more of a run and gun support style. Plus, with her putting guys to sleep and shutting off their healing and Lucio knocking them off (or at least away) while doing extra healing, you'll have a good edge over your opponents.

My concern right now is this pair may not offer enough over Zenyatta-Mercy or Mercy-Lucio (note Zen is receiving a buff while Mercy is getting an overall nerf), both of which also synergize well together and are quite possibly more powerful. Time will tell, but if it turns out she's not viable, I've little doubt Blizzard will give her a buff or two (I'd suggest adding a headshot multiplier and/or increasing her Grenade healing and damage and possibly the AOE as well). 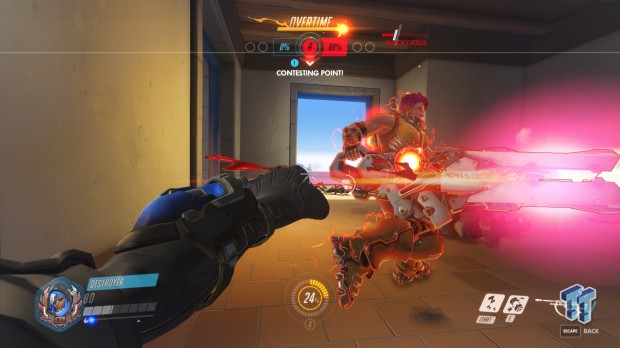 As for other heroes, she works well with anyone that does a lot of damage, as her Sleep Dart can set them up while her Nano Boost puts them even more over the top. Zarya is likely her best friend that isn't Lucio, as they double down on support and damage, potentially making for a very difficult to kill team.

I expect an ideal tournament composition featuring Ana will usually include two tanks (one of which is Zarya), two DPS, and Lucio.

Whether Ana can become a popular pick in competitive team compositions or whether she'll be relegated to a specialist "once in awhile" role remains to be seen, but one thing's for sure: Blizzard has created a very innovative, intriguing hero, and one I look forward to seeing evolve in the meta and from balancing and gameplay perspectives. 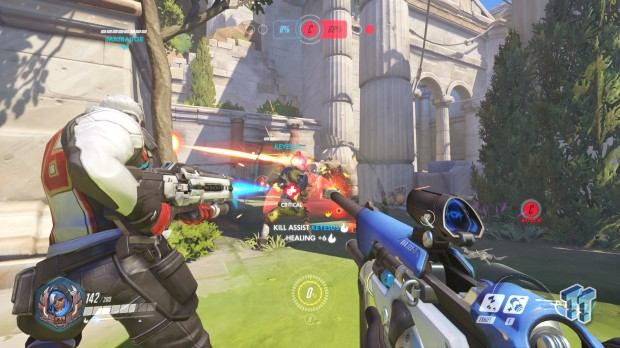 The new hero, as well as some massive balance changes, are expected to go live simultaneously next week or the week after, so keep your eyes peeled.