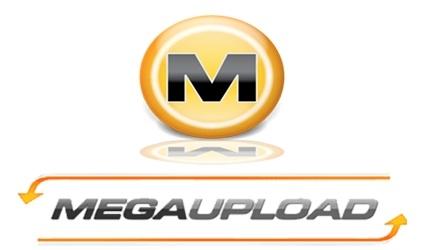 File sharing. Anonymous, MegaUpload. MPAA. Lawsuits. Torrents. LimeWire. Usenet. Copy protection. DRM. It all started with the Internet, but is this the end of the Internet as we know it?

Those eight little letters, spawned into a web for the entire world, connecting everyone together instantly, forming entirely new paths of business, communication, research, ways to make money: a virtually unlimited and ever-expanding entity. The Internet is like the Big Bang Theory - an explosion and a continuation of an expansion.

This expansion lead to file-sharing, where in the 80s, Usenet (or newsgroups) and Bulletin Boards were used to not only have open, or closed discussion, but a form of file transfer. Usenet was the precursor to Internet forums we all frequent today. It was, and still is, more of an "underground" thing.

We then had Napster. Napster opened the world's eyes to a new generation of music file sharing. Napster was the death call for the music industry. The Recording Industry Association of America (RIAA) filed a lawsuit against Napster, but it didn't help. It only made Napster much bigger because of the publicity. It wasn't long until Napster was forced to shut down its entire network in order to comply with the injunction.

Napster was founded as a peer-to-peer file sharing service, released all the way back in 1999. Remember those days? Friends was cool. Jennifer Aniston's hair styles were more popular than her entire career is right now. I remember Napster fondly, I was just 16 at the time, and saw this as the future of the entire Internet.

Napster spawned many, inferior clones, and started this whole evolution of file sharing programs. One has to realize that there are vast powers behind the scenes of government and corporations and lobbyists that have near limitless power. Many hundreds of millions of dollars are "donated" to congress, politicians and even possible presidential candidates. Obama has had his pockets filled with money from Goldman Sachs, Citigroup, JP Morgan, Time Warner and many more. These "powers" have money and influence where you and I never will, and can take anyone at any time. Julian Assange and Kim Dotcom are recent examples.

If Napster was so bad, why did it not collect attention from authorities straight away? Why weren't the founders captured from all corners of the planet, arrested and thrown into custody before a trial? Guilty before proven innocent or innocent until proven guilty? I can't quite remember how it goes these days. Napster spawned and let loose peer-to-peer file sharing, and around the same time, spam, malware, spyware and viruses all gained steam. LimeWire, BitTorrent and other peer-to-peer file sharing services started and these 'problems' started to compound.

More and more people were having issues with their PCs, more and more websites began the pathetic expansion of spam ads on their websites, where corporations and companies would advertise their wares through ads. Most ads (right up until today even) are pure spam. Most advertisements on the sides of websites, are spam. Clicking them does who-knows-what to your PC and I for one, can say I've never clicked one of them. TweakTown only accepts ads known not to cause damage to one's computer, so click ours. (Ed: yes!)

My personal PC does not run a virus scanner, spyware scanner, malware scanner or any other annually-charging piece of software. Everything I download is specifically chosen, and carefully monitored. I have many friends and more family who don't continue with the same caution. The problems of today, with our software, file sharing program and "ways of life" are because of the seeds that Napster started.

Fast forward to 2011 and we have WikiLeaks' founder Julian Assange thrown in jail because he was set to release information that would otherwise hurt the big banks and corporations of the U.S. as well as its government. He was falsely accused of rape and held for 30 days. 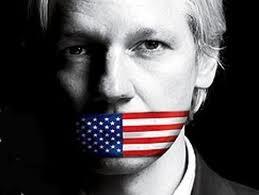 What do you think happened to him in those days? WikiLeaks have done nothing between now and then for all the steam they built up over those hectic months.

MegaUpload, Kim Dotcom, BitTorrent and Usenet - How are they all connected?

Boost forward to this year, 2012, and MegaUpload founder, and Call of Duty: Modern Warfare 3 pro-gamer, Kim Dotcom, is arrested, by U.S. authorities for his file sharing website. Now, just think about this for a minute... Kim Dotcom (a German citizen), and MegaUpload (a Hong Kong company) are currently being prosecuted under U.S. law. The F.B.I. with the cooperation of local authorities took Dotcom, and many others, into their hands.

How does this happen? The U.S. has that much power they can just jump in and arrest anyone whenever they like? Are they telling me, you, and the rest of the world, that they only just found out about MegaUpload? What about the hundreds, if not thousands, of other similar, or better file sharing websites, programs or servers? 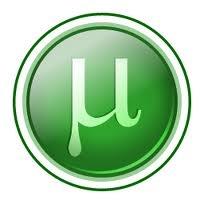 How does Usenet stay afloat? How does the entire BitTorrent network stay afloat? Ask yourself those questions.

I can type in any movie, TV show, game, song, program, book, you name it, into Google and there will be millions upon millions of links to websites. Even a novice Internet user could find something to download, easily. What is on those websites? Spam. Loads of it.

Go up a level and you'll find peer-to-peer file sharing like BitTorrent, which is a huge upgrade upon spam-ridden websites. BitTorrent, however, uses open ports through your modem, and then to your PC (or NAS, etc) to download said files, music, movies, etc to your PC/device. Again, you'd have to be ignorant to not believe that the NSA, FBI, CIA, and other acronym-filled companies don't know about these things.

Up again and we have FTP, a much more secure source of file sharing. FTP has been around about as long as the Internet itself and offers complicated file sharing, that is still easy to fiddle with and once you've become familiar with it, just as easy as anything else. With FTP, you need to know where to go, or have a hook up or three.

Usenet is the Grand Daddy. Retention of its wares is 1200+ days, which means it holds files for over 3 years. Just try to imagine the near-limitless files available, at full-speed, 24/7, from anywhere in the world, at the touch of a button.

Why aren't they being targeted? Why was it just MegaUpload? Why? I cannot think of a concrete reason to why MegaUpload, and not other, bigger sites, was taken down. Was there something on MegaUpload someone didn't want the world to see? Did someone with influence pull a few strings and a 'story' was created. Did this story allow the various legal proceedings to happen and give the FBI a case to build?

There are some serious questions that need to be answered, because what has happened just does not make any sense whatsoever.

MegaUpload is in trouble...

MegaUpload is in trouble, but did the FBI and U.S. Government have a hand in it? 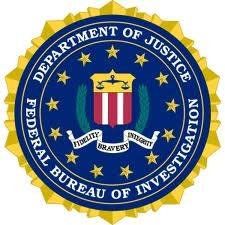 After I had written 90% of this editorial, I noticed CNET (of all places) had an article where they've stated that a large number of MegaUpload's internal (remember that word: internal) communications have been acquired by the FBI. In one of the exchanges of the conversation, MegaUpload managers were scared over a Skype IM chat back in 2007 that founder Kim Dotcom wasn't "safe with his money" and "the current situation is a bit risky."

How federal investigators got access to MegaUpload employees and founders' conversations, lead CNET to believe that the FBI somehow managed to place "government-issued" spyware on the defendants' computers.

You're thinking that there's an explanation to this, well, there's not. Nothing that you or I could explain, as the FBI has cited alleged conversations go back five years, some of the earliest days of MegaUpload. Skype states that "IM history messages will be stored for a maximum of 30 days," considering the criminal investigation didn't begin until a few months ago, that raises some serious, serious questions.

Sources then told CNET that Skype, now owned by Microsoft, were not asked by the FBI to turn over any information whatsoever and have not been served with legal process. This begs the inevitable question of "how in the hell did the FBI get access to those conversations?"

LimeWire, one of the biggest scandals,...

LimeWire, one of the biggest scandals, but had the helping hands of CBS Interactive

Does anyone remember a little thing called LimeWire? It was one of the biggest file sharing programs ever released and had millions upon millions of users. It was a spam-ridden, black-hole of a POS that was popular among those who didn't know better, or didn't know better sources to grab things from.

LimeWire hosted music, movies, TV shows and more. Did you know that it was distributed by corporations such as CBS? ABC? NBC? CNET? CNET and CBS actively promoted LimeWire, with their own editor's praise of such programs.

LimeWire was most popular on CNET site, download.com where it enjoyed over 200 million downloads. An insane number. 200,000,000-plus! CBS owns CNET, and through LimeWire, CNET, and through proxy, CBS, made money from users downloading illegal files. Say what! CBS made money from people downloading illegal files and used their own site to distribute said software.

CBS would've been making so much money from LimeWire if it actually had entire pages designed specifically to list, talk, and recommend not just LimeWire, but other peer-to-peer file sharing programs. Considering just how large CBS is, one would think they would have the complete opposite mindset, and being completely against any file sharing where their property (TV shows, etc.) could be stolen.

Is this all for show?

It goes to show, that yes, file sharing is bad. IP is stolen, distributed and downloaded freely. But at the same time, when massive corporations and companies are not just allowing it to happen, but making money from it, it is just ludicrous. There are some better words I could use to explain the situation, but I've got to keep the professionalism somewhat stable here.

From what it seems, nothing will change. MegaUpload, in my opinion, will be either over and done with and they'll wait for something else to come up, or is just the beginning.

Google have just recently changed their privacy laws, Facebook have unleashed Timeline, and other big sites with large volumes of users are constantly evolving slowly eroding away our privacy bit by bit.

PIPA and SOPA (Protect IP Act and Stop Online Piracy Act) show that the government has no idea what they're doing when it comes to this new thing called the Internet. The people recommending these acts to congress must have absolutely no idea and it scares me that these people are so high to the top of the food chain, but simply have no idea.

That is, unless this is all by design.