We again find ourselves closer to the end of the month and the Catalyst driver from AMD coming in just in time before we tick over to February. If you go over the release notes there's nothing all that exciting going on outside of some fixes when it comes to a number of games.

If we look back to the 11.12 release that made its way to us just before December came to an end, it was one we said to skip, instead we suggested that you skipped the official WHQL driver and jumped onto the 12.1 preview that was released at the same time.

This release sees a similar kind of setup when it comes to the release schedule. Outside of the new WHQL 12.1 driver we're going to be looking at today, AMD have also released a Catalyst 12.2 preview driver.

We'll talk a little about that driver when we wrap everything up, lets first just check out the test system we've got up and running before we move into our Catalyst benchmark line up to see what the latest driver does in turn of performance. 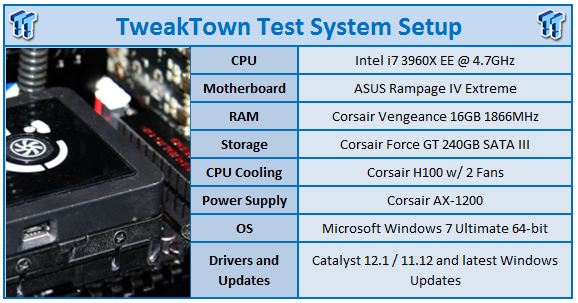 Today we'll be looking at the HD 6870 and HD 6970 in our typical Catalyst benchmark line up on our X79 system which we introduced at the launch of the new platform. What is missing this month is the new HD 7970 which is something we'll be adding in hopefully next month's driver article.

The reason we're not using it today is simply the fact the Catalyst 12.1 driver doesn't support the new HD 7900 series. This isn't a huge surprise since quite often we see the WHQL driver following the launch of a new model not include it. The official Catalyst 12.2 driver next month should, though, and if it does we'll throw it into the mix of cards we're testing. 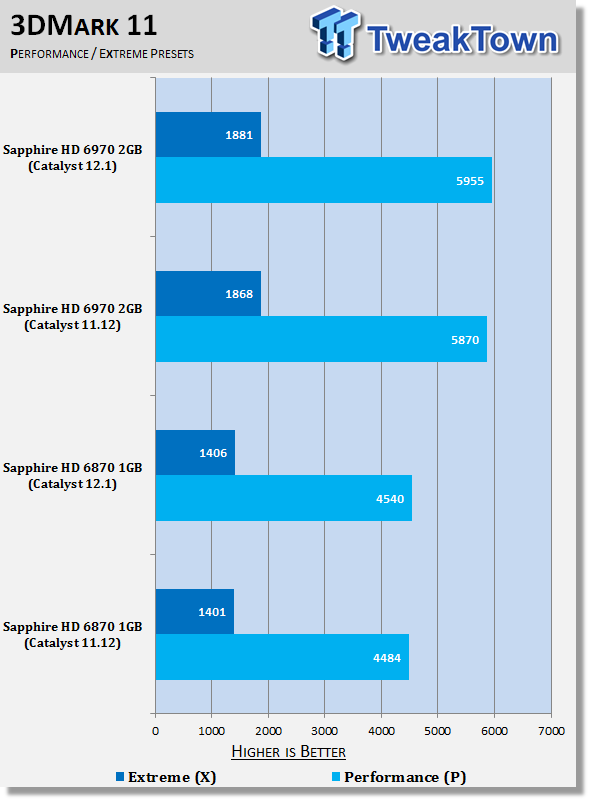 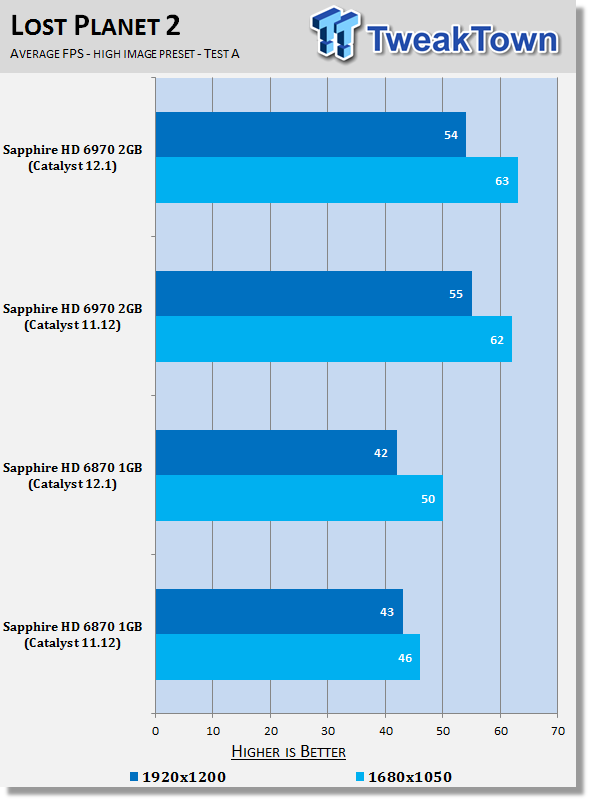 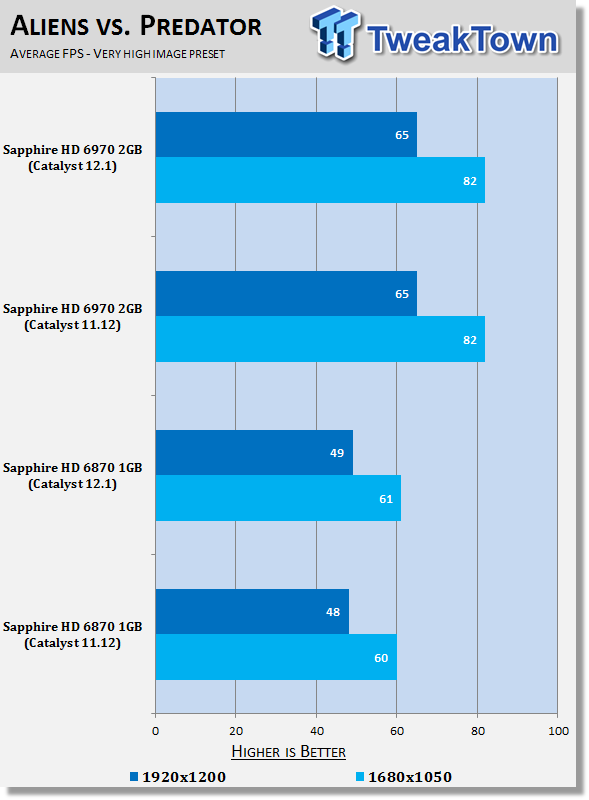 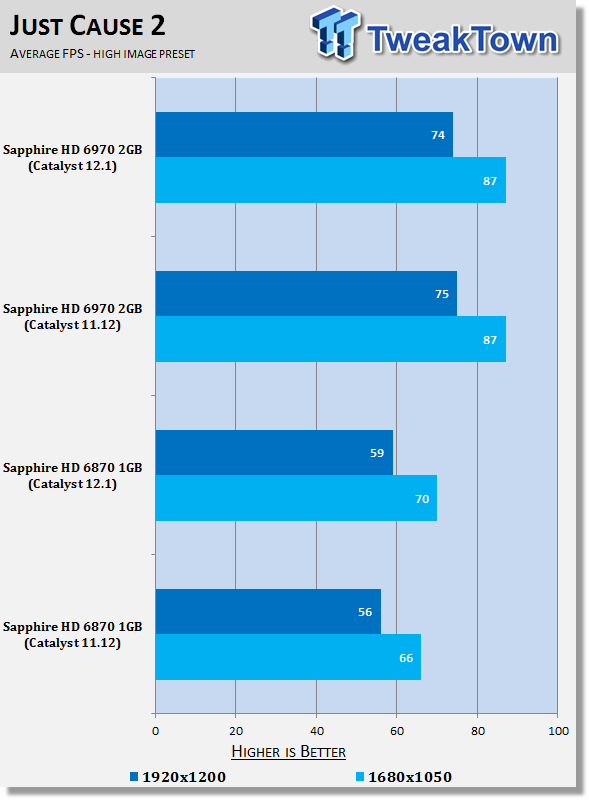 HD 6870 - Looking at both resolutions we can see a nice little boost in performance with the 1920 x 1200 boost helping us get within a single FPS of hitting that magical 60 number. 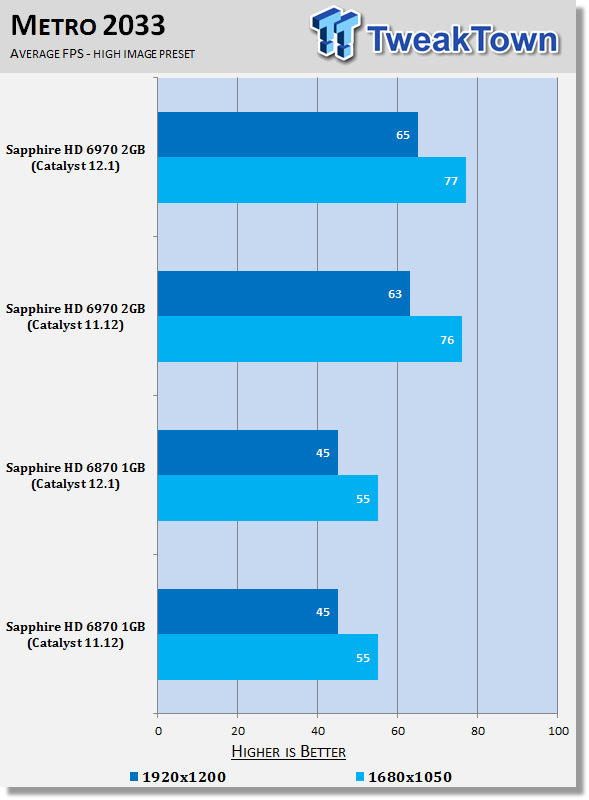 HD 6970 - Under Metro 2033 we see a little bit of positive movement, but nothing to major that we probably wouldn't put outside of a bit of fluctuation. 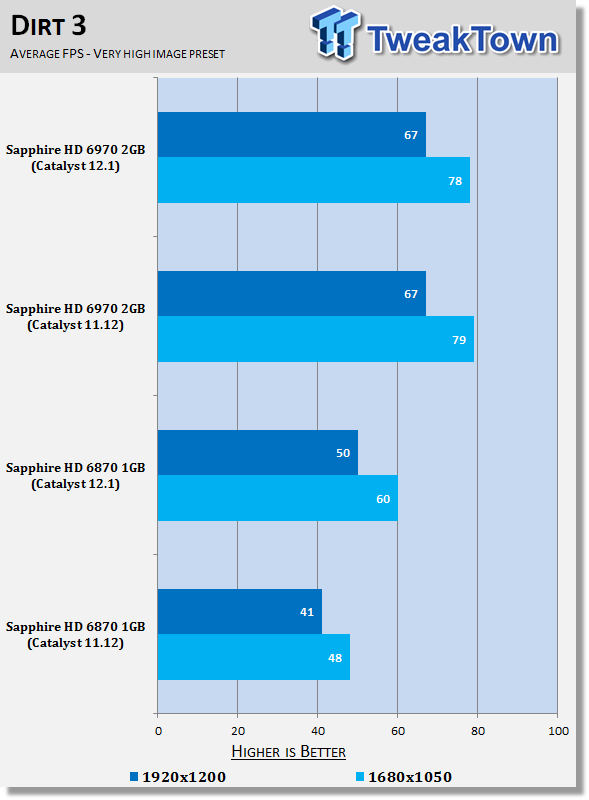 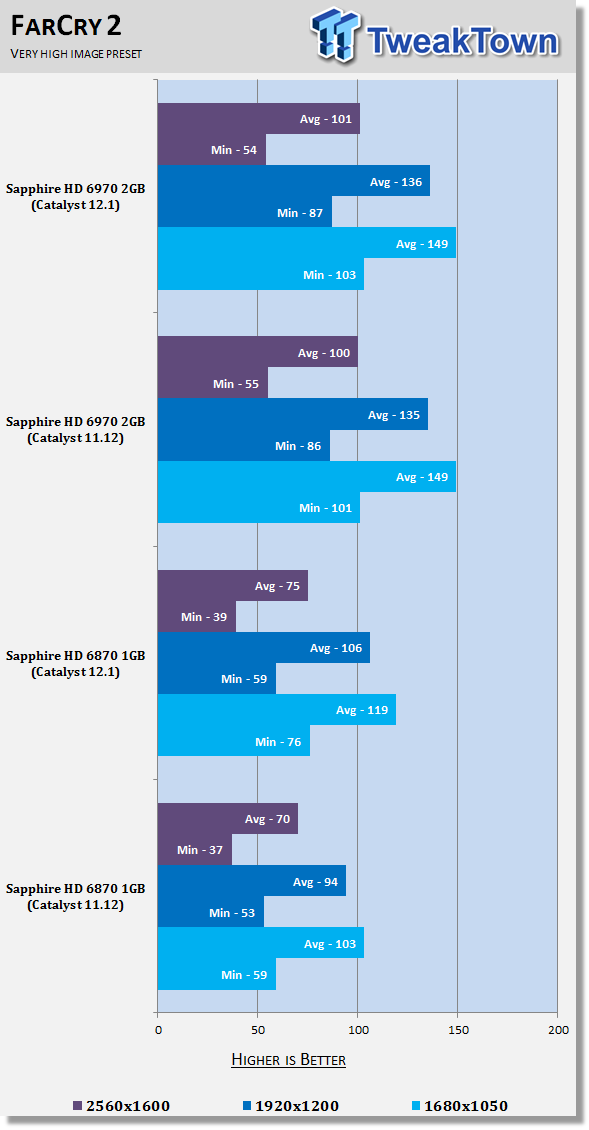 HD 6870 - Across the board we can see a significant increase in performance when it comes to the minimum department. 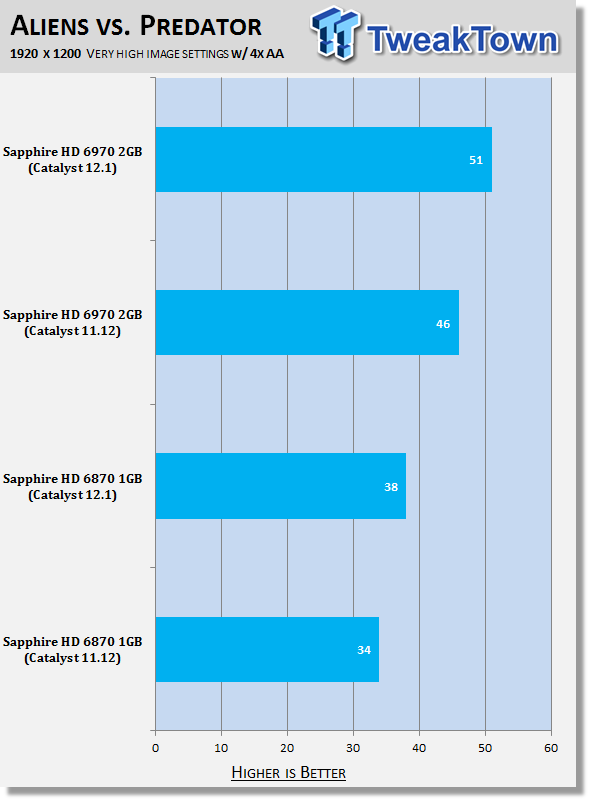 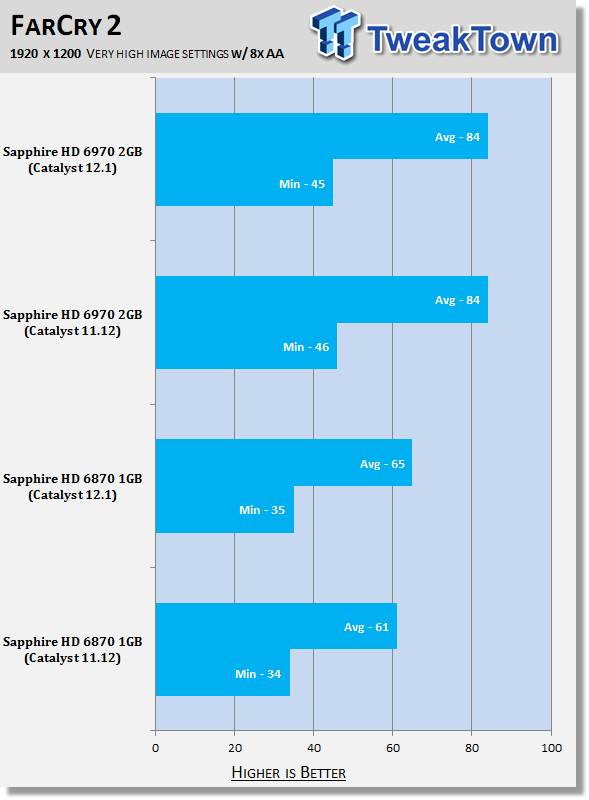 HD 6870 - Looking at Aliens vs. Predator we can see a nice little boost in performance, FarCry 2 on the other hand doesn't see any real change.

HD 6970 - Looking at Aliens vs. Predator we can see a nice little boost in performance, FarCry 2 on the other hand doesn't see any real change.

Unlike the Catalyst 11.12 driver we looked at last month this isn't one we'd say skip. If you made the jump to Catalyst 12.1 Preview that came at the same time you might instead decide to make the jump to the official WHQL one that we've looked at today which is on a whole just a solid driver.

If you made the move to the preview driver last month you might want to do the same again this month with the new Catalyst 12.2 preview that's been released. With that said if you take the time to check out the Release Notes on the Catalyst 12.2 preview you'll see they're less focused on performance and instead the preview brings with it enhancements that focus on Eyefinity.

For the most part, though, this is a strong driver with no major issues present in it, combined with the normal line up of bug fixes that are always appreciated. Outside of the performance fix in Dirt 3 I wouldn't expect anything else apart from a little bit of positive moments here and there. For the most part, though, the new 12.1 driver doesn't offer any kind of huge performance gains and instead just brings with it the normal array of fixes we're used to seeing from most Catalyst drivers.