Since the last time we last took a look at the 'Guide to Buying Blu-rays from Overseas' in June, the Australian dollar has remained at a fairly consistent level of around 90 cents to the US dollar, so importing has continued to be a lucrative option for Australian Blu-ray fans wanting to fill out their burgeoning collections. 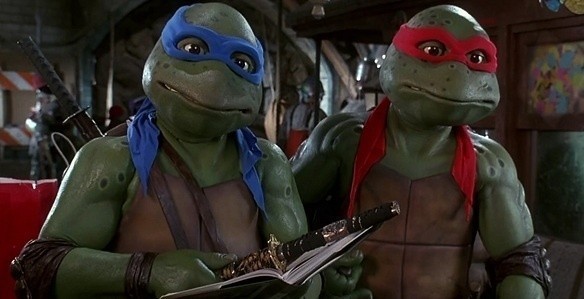 The Teenage Mutant Ninja Turtle craze coincided pretty squarely with my formulative years, so revisiting the franchise is always fun, but fraught with danger. However, I'm glad to say that the films aren't quite as terrible as I braced myself they would be. The first film (released in 1990) shows a dark and gritty New York City, and is the most realistic (well, as realistic as a film about giant, crime fighting, wise cracking turtles can be).

The second, lovingly referred to as "the one with the ooze", eskews the gritty tone and plays it pretty much for laughs. It's also remembered for the live action rendition of the song 'Ninja Rap' by Vanilla Ice. The time travelling third film was released in 1993, at the tail end of the franchise and was met with relative indifference. It's not bad, but it's definitely a case of shrinking returns. In 2007, Imagi Entertainment released the CG animated film which aimed to revamp the franchise, without straying too much from the formula originally established. This boxset wraps up all four films.

Warner Brothers Teenage Mutant Ninja Turtle Blu-ray boxset is a real treat for fans. Housed inside a cardboard box designed to resemble a pizza box, inside you'll find a disc for each film, a beanie, some character cards and a reproduction of the comic adaptation of the first film. Awesome!

Kevin Smith films are a bit of a mixed bag; they can easily alternate between funny and moving drama (Jersey Girl), lowest common denominator humour (Jay and Silent Bob Strike Back) and this - whip smart blasphemous wise cracking on a no-go area; the bible. Outsiders will find enough to keep them occupied, but just like Monty Pythons classic Life of Brian, those with a bit of prior biblical knowledge will either laugh themselves into stitches, or will turn off in disgust. Dogma remains Kevin Smiths best film to date.

Whilst the Blu-ray looks and sounds a decent upgrade from the DVD, unfortunately some of the fantastic extra features have been left behind. Despite this, it still gets my recommendation.

The Quick and the Dead

Before Director Sam Raimi became well known for his re-booting of the Spider-man franchise, his crowning achievement had been the Evil Dead franchise. Despite the film gaining a cult following, he'd yet to match that film series in popularity. In 1995 he tried his hand at the western genre which was receiving a resurgence in popularity from films such as Wyatt Earp and Legends of the Fall. However, unlike these films, The Quick and the Dead eschews reality and plays it as an audience pleasing, popcorn western. It also helped introduce Australian actor Russel Crowe to a much larger audience. In the last 15 years, it's aged quite well indeed.

Whilst the quality of the Blu-ray is fantastic, with a rather aggressive Dolby TrueHD lossless audio track, unfortunately there are no extra features to speak of. 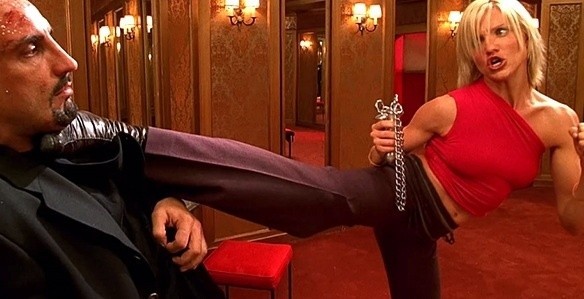 The film update of the 1970's hit TV series starring Farah Fawcett hit cinema screens at the turn of the last decade and proved to be popular with audiences male (oogling Cameron Diaz) and female (who wanted to be Cameron Diaz) alike.

It's always been a bit of fun and time has been fairly kind to the movie, despite some aging CG effects that stick out like a sore thumb. The film benefits from a high definition upgrade; the colours are brighter and bolder than they've ever been. Additionally, the rocking soundtrack receives a suitably bombastic lossless audio upgrade. Unfortunately, no additional extra features have been produced, but Sony has included the bulk of the previous DVD extras.


Well, that's it for August, ladies and gentlemen. We'll be sure to come back before the Christmas rush begins, so you can get those gifts for yourself that you just can't walk into a shop and buy.