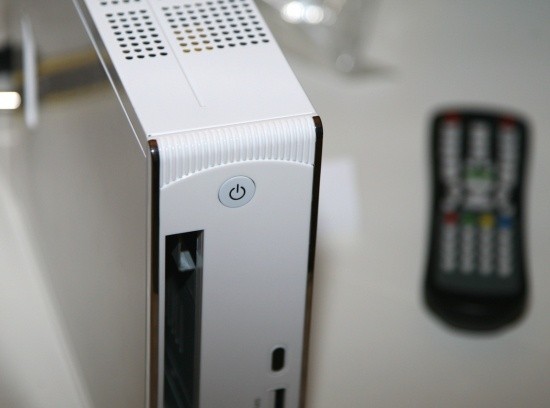 Jetway is a company we don't hear much about these days. Back in the day, though, they were very active with new motherboards and some that even came close to giving the likes of ABIT and ASUS a run for their money in the performance stakes.

Fast forward a few years and Jetway is now a company that is still around, but is out of the consumer idea. They build systems and other computer parts as an OEM for other companies. Maybe with an attempt to get back into the consumer spotlight or just to let potential system builder customers know about its product, Jetway sent us over one of its newest barebones computer systems, the JBC230C63P-330D-W.

It's a doozey of a model name, but what it represents is Jetway's first NVIDIA Ion based nettop. Watch our unboxing and undressing video below, as we give you a short tour of the JBC230C63P-330D-W. Hit the play button now!

It's not the smallest nettop system we have looked at. It's also not the most attractive nettop system we have looked at. It doesn't really include anything special, except maybe the remote control that is a good addition. Cooling is handled very well with a massive heatsink covering the Intel Atom dual-core processor and NVIDIA Ion chipset along with a cooling fan atop as well as another on the side of the system to extract heat. Cooling won't be an issue and those extra fans don't mean an unbearably loud system either; it was rather quiet.

It also complies with the EuP power saving standard that states that all computers in a few years should use no more than half a watt of power when in off mode. That is, when the system is plugged into the AC power, but not turned on.

We don't have any details on the price at this stage, but it seems as if the nettop has been on sale in Europe for a while and we saw one listed online (including 4GB DDR2-800 RAM and a DVD-RW drive) for about the equivalent of $342 USD. In other words, you are getting a full system that is capable of Blu-ray 1080p HD movie playback (if you spend extra and get a BD optical drive), some light gaming and a more than capable office, student or Internet surfing system for a very good price.

It doesn't have the looks or features to kill, but the cooling design is solid and it won't cost you a fortune. Sadly the system sent to us from Jetway didn't come with parts installed (just barebones), but if you want to get an idea of NVIDIA Ion platform performance, have a look over here at our Giada Slim-N10 NVIDIA Ion nettop review.