This week, MSI invited some 50 journalists from all over the world to visit its notebook and motherboard factory just outside of Shanghai in China and TweakTown was one of the lucky publications that got to attend the media tour this year. Although we can't report on everything which we have seen, we do hope you'll enjoy the coverage of the parts we can show you and talk about.

MSI's factory for notebooks and some of its motherboard products, such as the P35 lines, are located in Kunshan, outside Shanghai and you can find some more information about it here. There are over 5,100 employees at the factory which was opened in June 2003 and many of them live on site in shared lodging provided by MSI. The research and development center alone employs over 700 people and takes up 34,000 square meters of space. 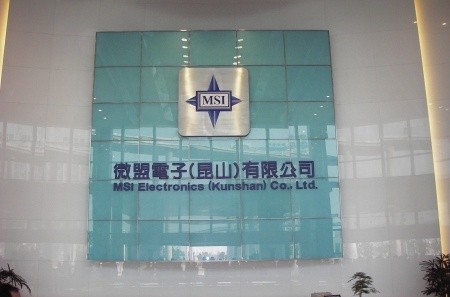 The two pairs of factories each have some 69,000 square meters of production and storage space with the dormitories and staff entertainment facilities takes up a further 100,000 square meters. It's a very impressive factory to say the least. There are almost 1,500 people working in the notebook manufacturing factory and they make everything from the motherboards to the assembly there, although things like the chassis and displays are not made there. The motherboard factory has over 1,900 staff and produces a wide range of motherboards alongside MSI's factory in Taiwan.

60 percent of the R&D staff in the Kunshan factory has a bachelor's degree, with a further 27 percent having an associate degree and the remaining having a higher degree. The R&D staff works both with notebook and motherboard product development as well as some of MSI's other products. 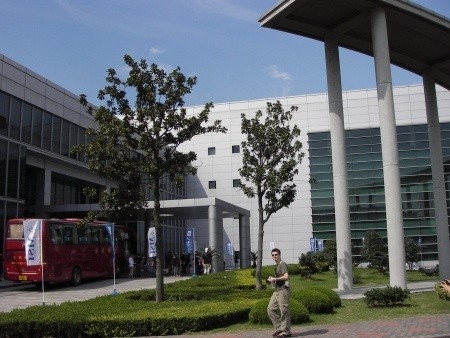 The message of the tour was "Ready for PC2008" and MSI talked about how its products are ready for Windows Vista as well as upcoming Intel and AMD CPU's as well as other new features such as DDR3, HMDI, DirectX 10, quad-core and so forth. What we'll cover today is some of the notebook products, but in particular the GX600 which was the big news, as it's just gone into mass production. 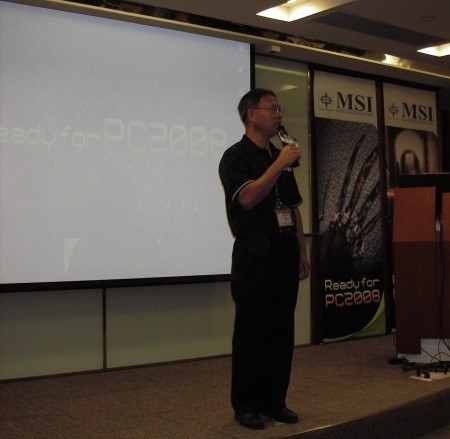 Sam Chen, the director of the notebook sales department at MSI introduced the product, although we wrote about it before Computex earlier this year, it has taken this long for the product to actually become available. The GX600 is MSI and possibly the world's first notebook that has been designed for overclocking. Although there's limitations to how much it will overclock. MSI has fitted a Turbo button on the GX600 and by simply pressing it you're overclocking the bus speed from the default 200MHz to 240MHz. This results in a CPU speed increase in this case from 2GHz to 2.4GHz. This overclock resulted in some 10-12fps performance boost in Half-Life 2 at 800x600 in windowed mode, which is not the best overclock ever, but it's at least an increase. 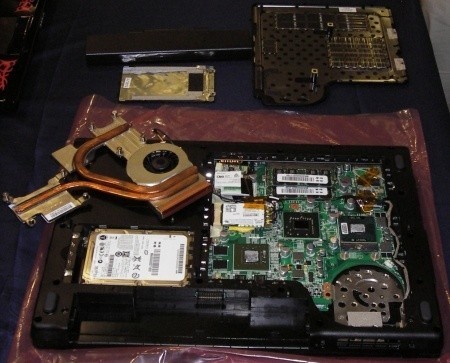 The GX600 features a GeForce 8600M GT with 512MB of memory, but the graphics card doesn't overclock along with the rest of the system when you press the Turbo button, which is a bit of a shame. There will be different models available, so we won't go into specific details, but the GX600 can handle up to 4GB of DDR2 memory, it takes a 2.5" SATA hard drive, up to 250GB, eSATA, various Wi-Fi and Bluetooth options and it does of course have HDMI with HDCP and can be fitted with an HD DVD drive. 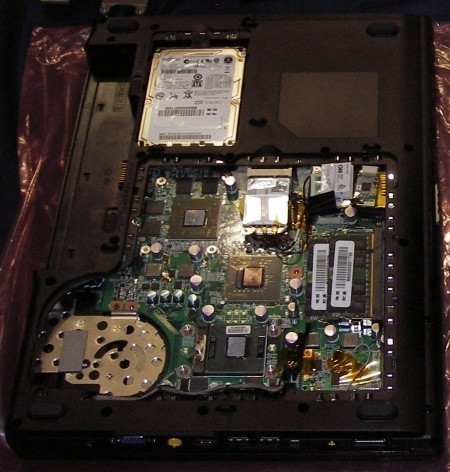 The way it opens up makes it easy to access the internals and MSI brought one of their engineers around to show us how quickly it could be opened and put back together again. 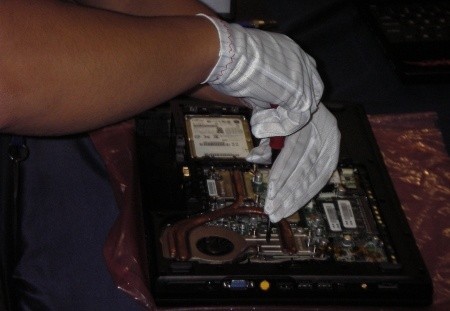 After the presentation of the GX600, some motherboard information followed, but we'll bring you more information about this in our next article. For now, you'll have to make do with this picture of journalists wearing protective robes before entering the production lines in the MSI factory. Sadly we can't bring you any pictures from inside the factory as we weren't allowed to take any, but we'll tell you a bit more about what goes on inside the factory in part two as well. 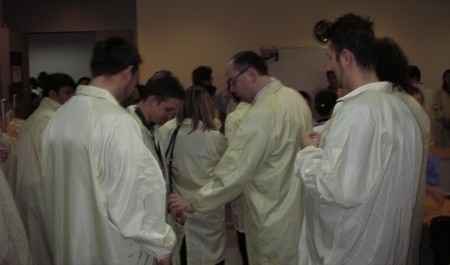