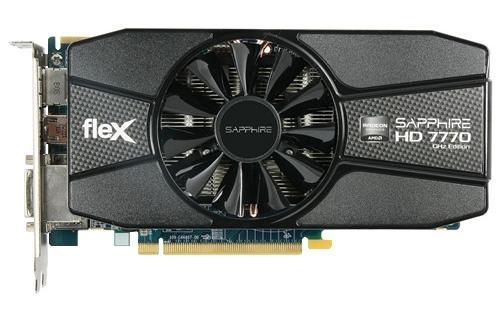 I didn't think I'd squeeze much more speed out of it, but boy oh boy did it overclock. We actually saw a huge overclock on our Sapphire Radeon HD 7770 FleX Edition, which had a stock GPU clock of 1000MHz and stock memory clock of 1125MHz. 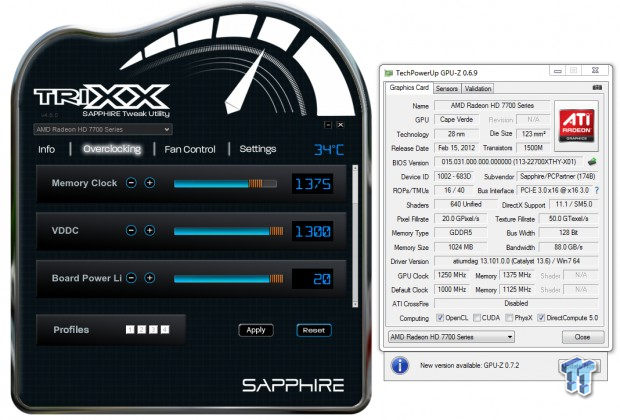 Just how far did we push it, while staying stable with our suite of benchmarks? We cranked the GPU clock up to 1250MHz, which was an increase of 250MHz, or 25%. The memory clocked up from 1125MHz to 1375MHz, another impressive result.

Just how much better did our overclocked Sapphire Radeon HD 7770 FleX Edition perform with these great overclock? Let's see how it did!

Before we do that, we'll take you to our previous test on the stock clocks, which is still impressive. We tested at 720p, which we're going to do now, but at our insane overclocked speeds.

This PC has been built for the sole purpose of 720p gaming, which is what we're going to concentrate on for now. The specs of our build are as follows: 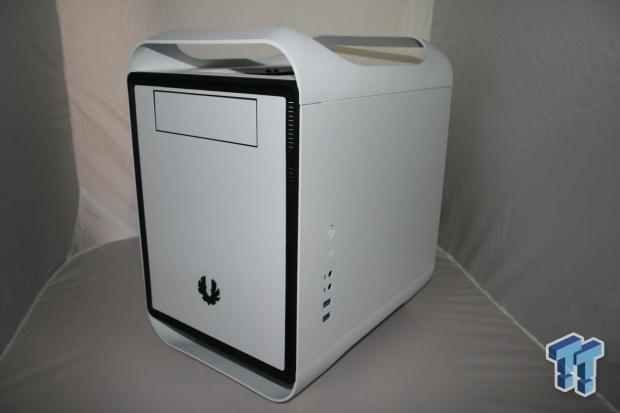 Sleeping Dogs is up first: 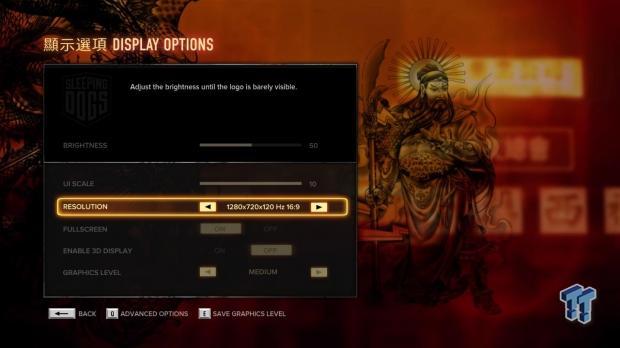 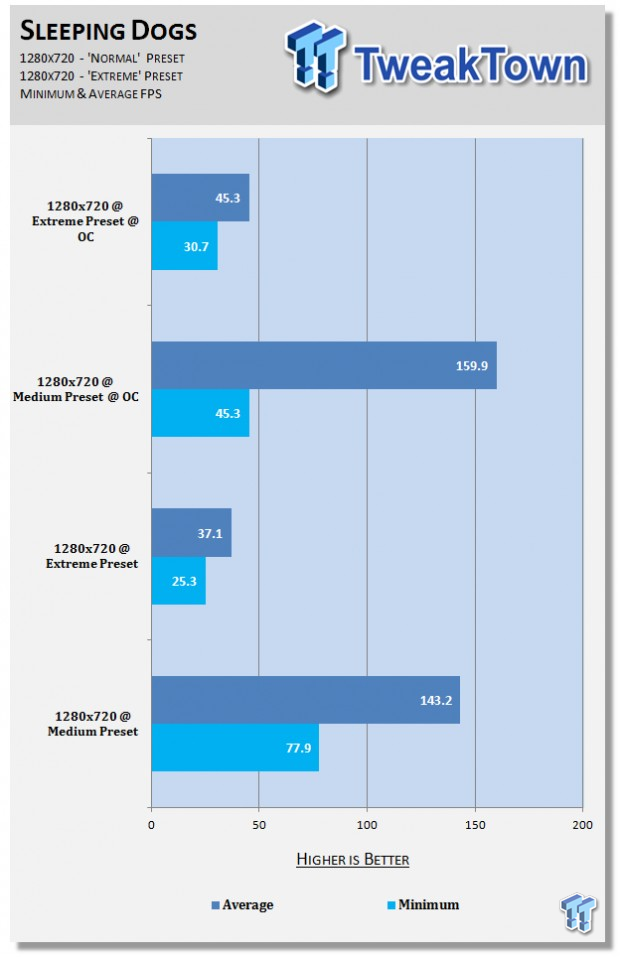 With the huge OC on the HD 7770 FleX Edition, we've moved from just 25.3 FPS to 30.7 FPS on the Extreme preset. A very nice increase, from something that is free to do. The average FPS with the Extreme preset jumped from 37.1 FPS to 45.3 FPS, an even better increase.

This overclock helped our average FPS by a very hefty 22.1% - now that is something you cannot complain about. It is a huge improvement, especially from a mid-range GPU.

Moving onto the second game in our benchmark lineup, we have Tomb Raider: 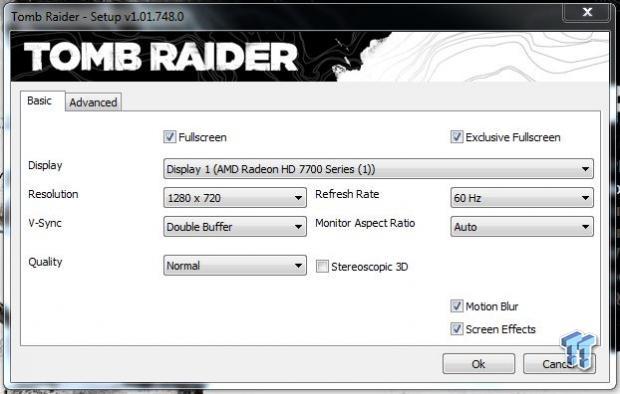 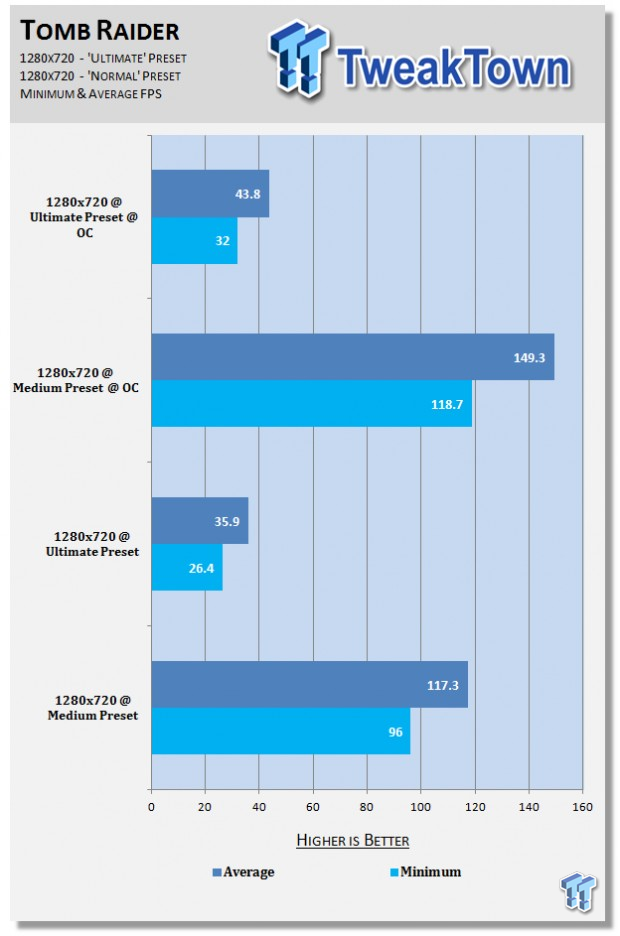 Tomb Raider was another game that saw great strides in performance with the huge overclock we achieved on our HD 7770 FleX Edition GPU. Starting with the Ultimate preset, which increased its minimum FPS on our stock clocks at 26.4 FPS to 32 FPS with the overclock. Average FPS at our Ultimate preset saw an increase from 35.9 FPS to 43.8 FPS. Another increase of 22%.

BioShock Infinite is up next, with some even better results: 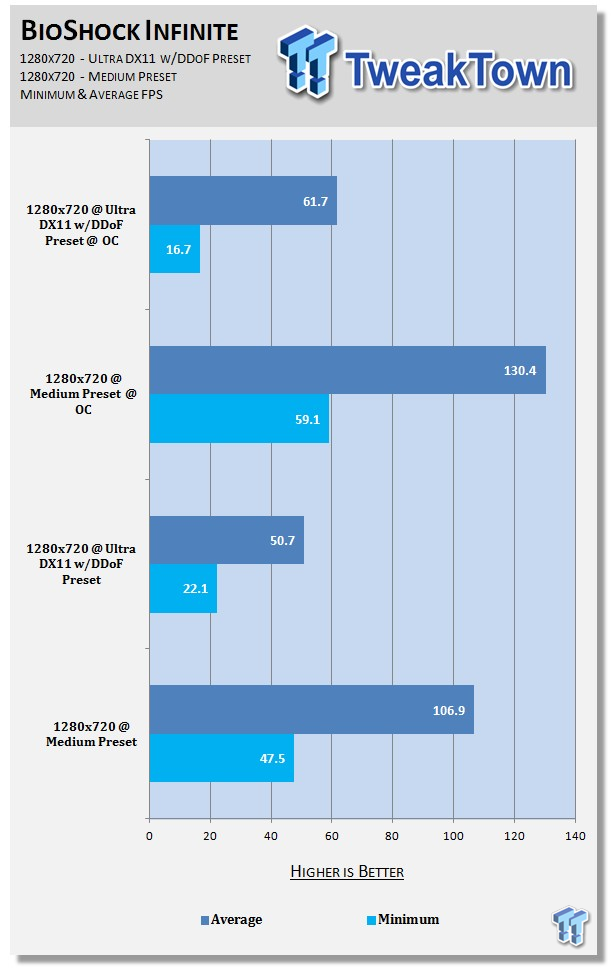 BioShock Infinite saw the same type of improvements, but something strange happened, too. Starting with the Ultra DX11 w/DDoF preset and its minimum FPS at stock clocks of 22.1 FPS which decreased to 16.7 FPS. The average FPS numbers were better, moving from 50.7 FPS to 61.7%, giving us an increase of 21.7%.

Shifting over to the much higher numbers with BioShock Infinite, in the Medium preset now. Our stock clocks provided us with a minimum of 47.5 FPS, but with our crazy OC, we see a huge surge to 59.1 FPS. The average FPS was even better, moving from an already impressive 106.9 FPS to 130.4%. A 21.98% increase - this overclock has done us well, so far.

Metro 2033 is our second to last benchmark today: 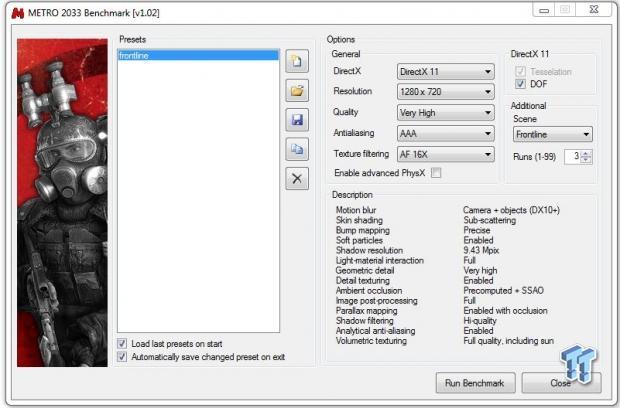 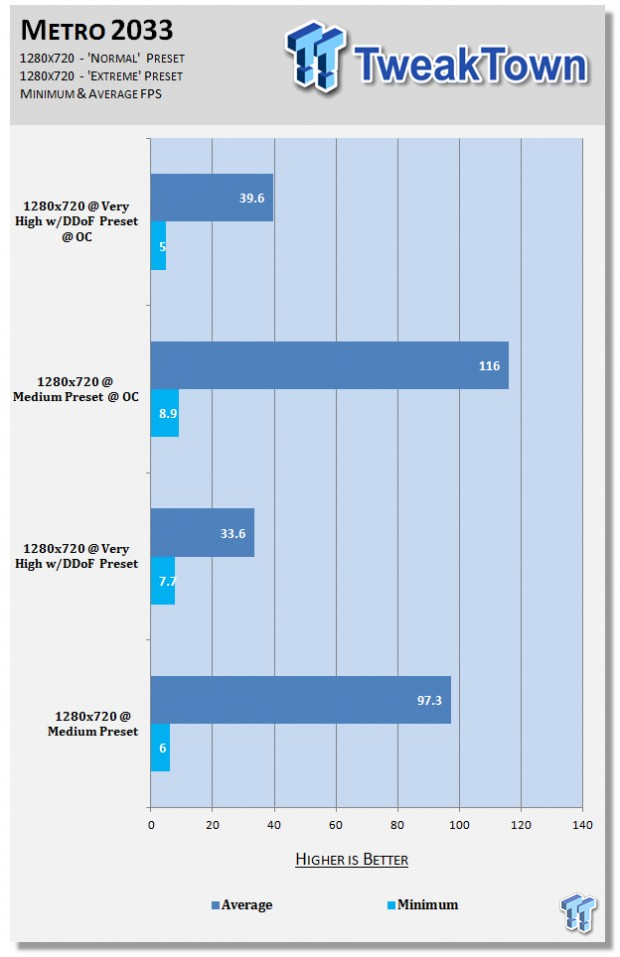 Metro 2033 had some seriously low minimum FPS scores, which is exactly how we started off our sentence in our first look at the stock clocks of the Sapphire HD 7770 FleX Edition card. Things didn't fare much better, with the Very High w/DDoF preset and its minimum FPS decreasing from 7.7 FPS to just 5 FPS. The average FPS improved, from 33.6 FPS to 39.6 FPS.

Lastly, we have Hitman: Absolution: 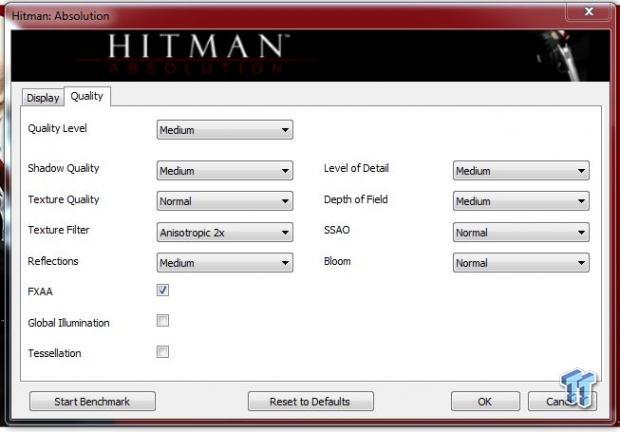 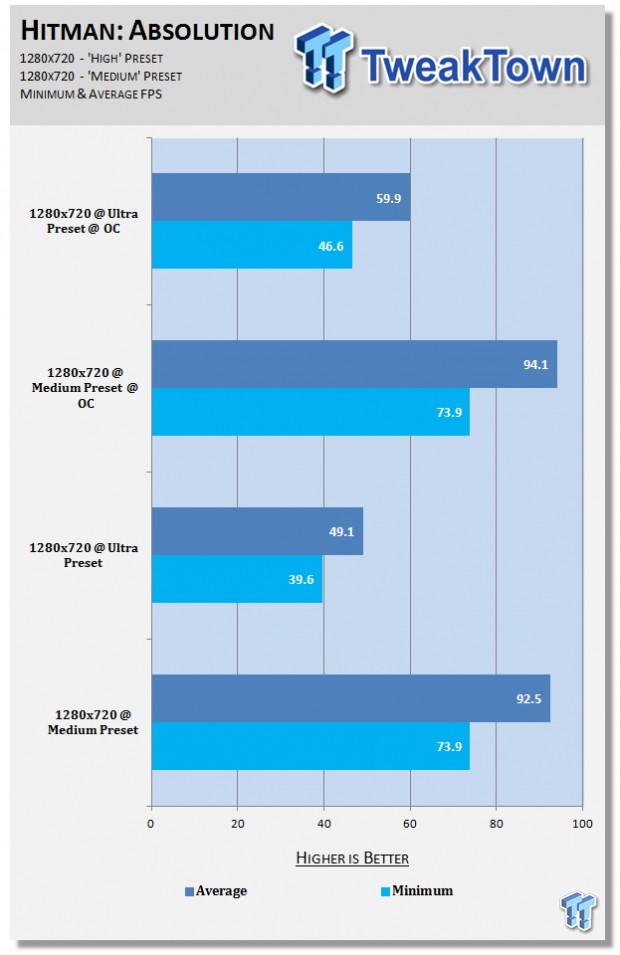 Now, onto the Medium preset, where our weird results came about. We have identical minimum FPS results, with 73.9 FPS and virtually identical average FPS results with 94.1 FPS. I ran the tests three times to make sure my numbers were right - and they were, each time.

SAPPHIRE's Radeon HD 7770 FleX Edition overclocks like a damn champion, that's the simple truth. We have a 20% or higher increase in performance when overclocked, which is insane for such a bargain-based GPU.

I originally wasn't going to bother with overclocking performance in a separate article, but I now think it's worth it. The difference in performance for some games is actually well worth the overclocking, and for something that takes just a few minutes of your time, the results are the proof of the few minutes it'll take.

Next up, we're going to take a look at 1080p performance, at varying detail levels. I wonder how the OC is going to help the higher resolution, and whether we'll see the benchmark anomalies we're seeing in Hitman: Absolution.