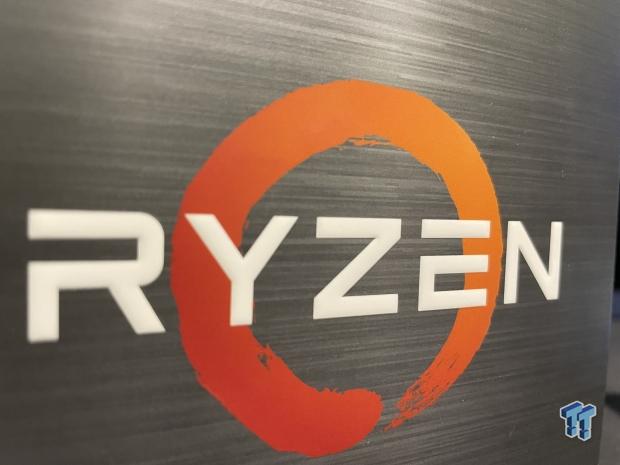 Ryzen 7, for the first two generations, were the flagship products. With Matisse, this changed with the introduction of Ryzen 9. Since then, the X700 and X800 products have filled the gap between the entry-level X600 series processor and the enthusiast X900 and X950. For many, this is the sweet spot offering top notch gaming performance with enough cores to handle simultaneous workloads like streaming or editing and encoding. 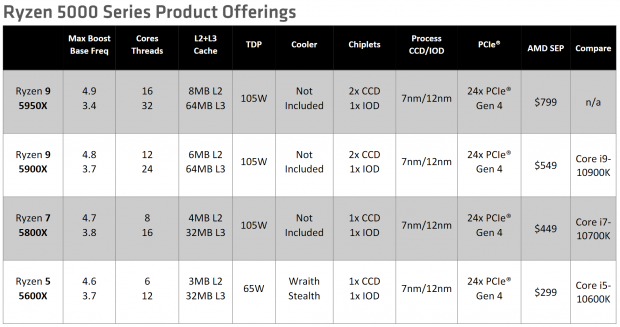 You can read more on the AMD Zen 3 architecture in our Ryzen 9 5900X review here, since it won't be covered here. 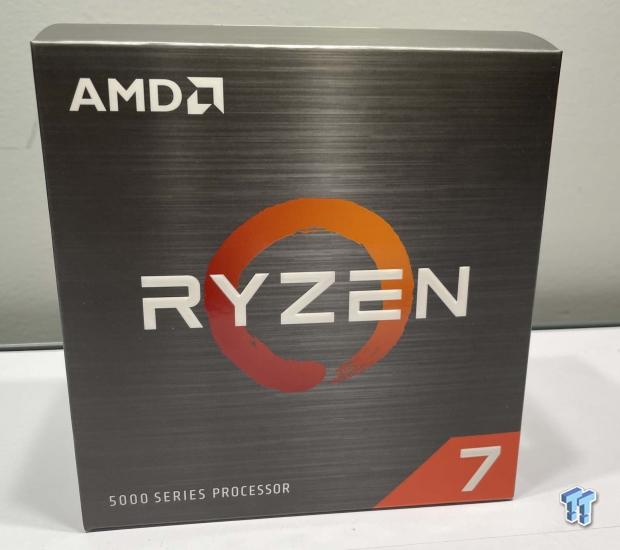 The Ryzen 7 5800X will wrap up our current coverage of Zen 3, although we will be taking the 5600X and this 5800X for a spin on a few new motherboards quite soon. That said, the packaging is no different from the 5800X, Ryzen logo centered with the 7 bottom right. 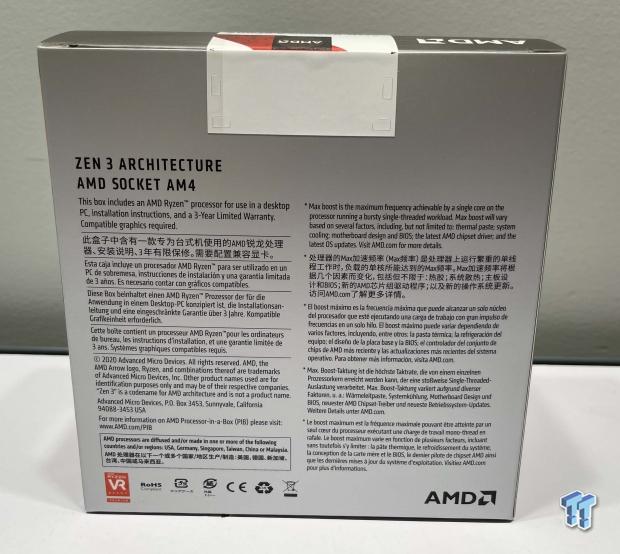 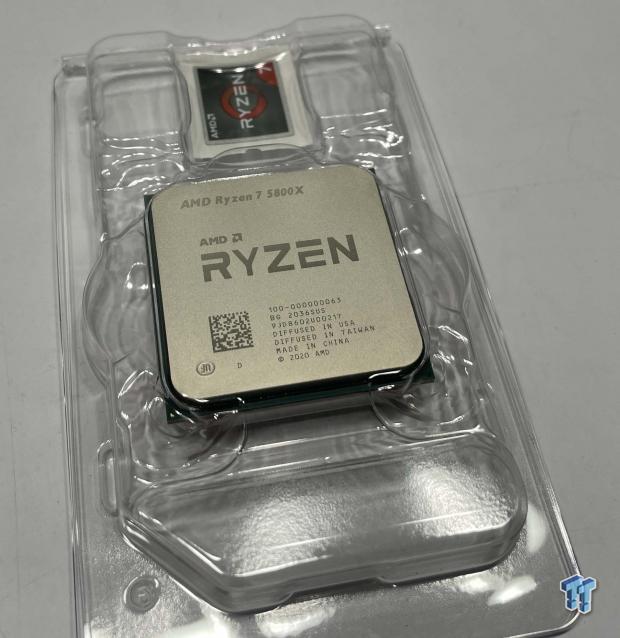 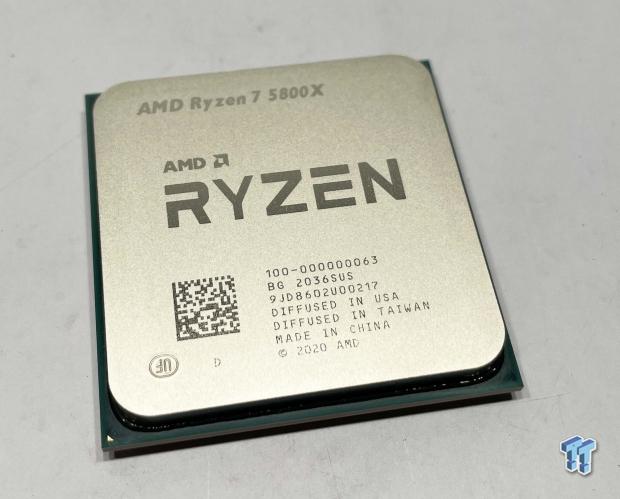 A closer look at the 5800X, the model number is etched across the top while down below we have the diffused in USA and Taiwan for each Fab respectively. 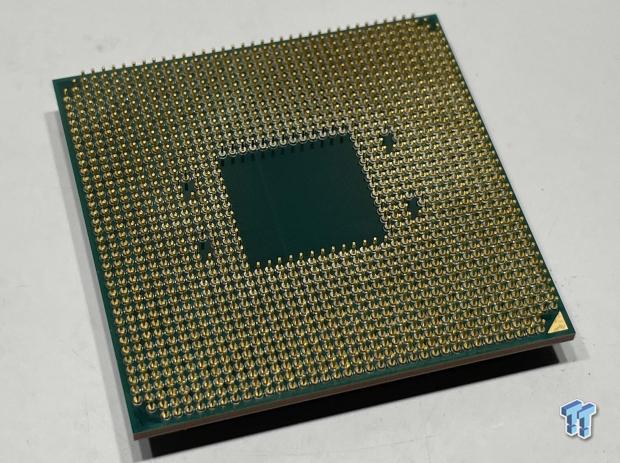 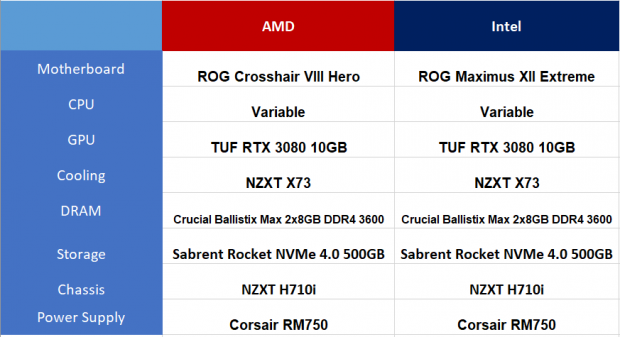 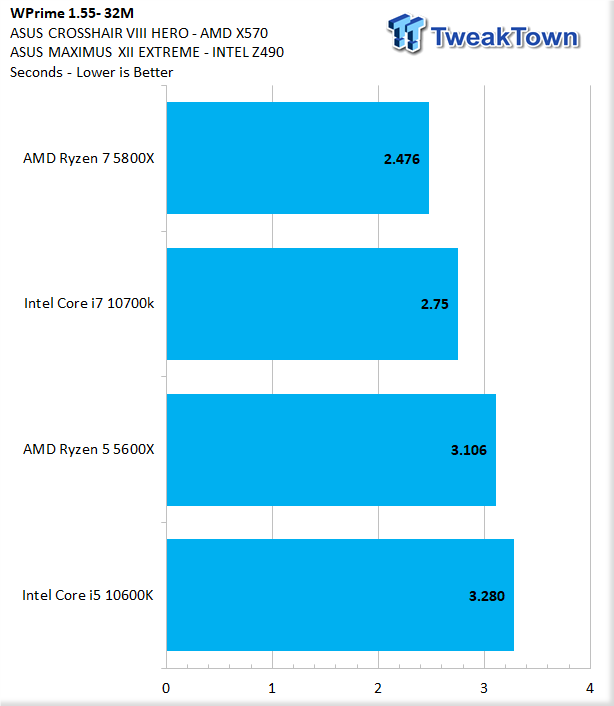 This review is going to be another focused on just the entry-level to mid-range market. The 5800X against the 10700K is our focus here. Starting our testing, the 5800X does quite well with 32m at 2.476 seconds. 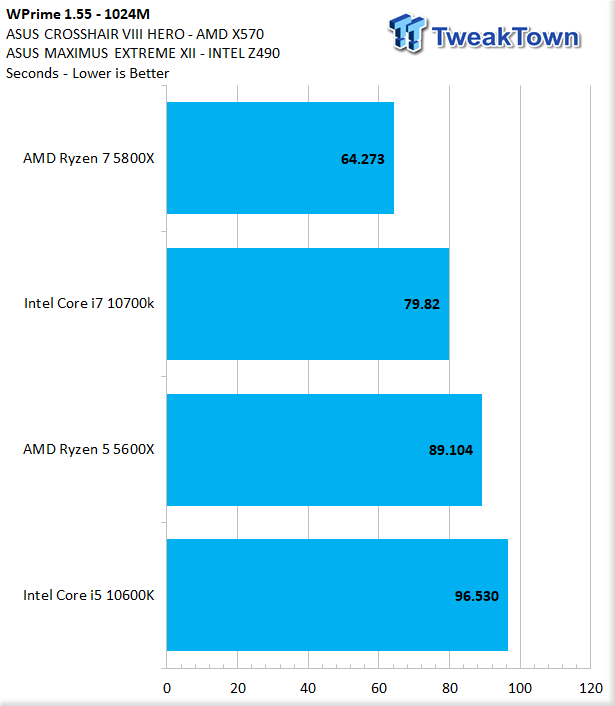 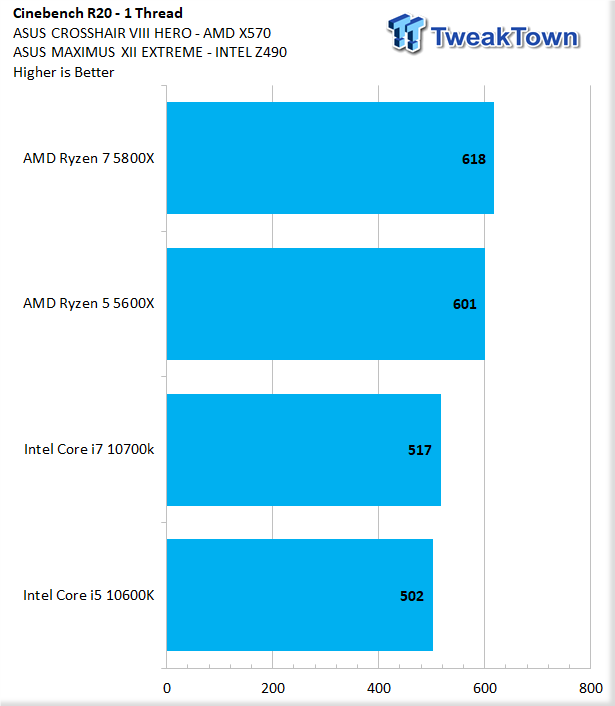 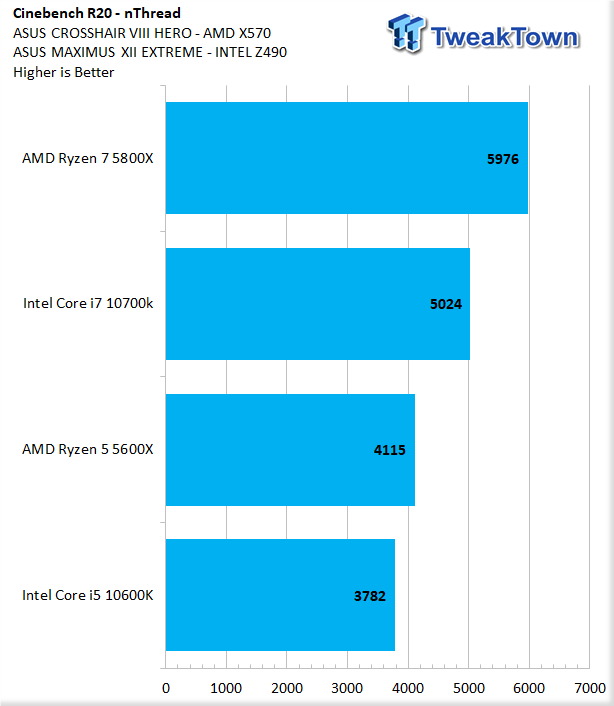 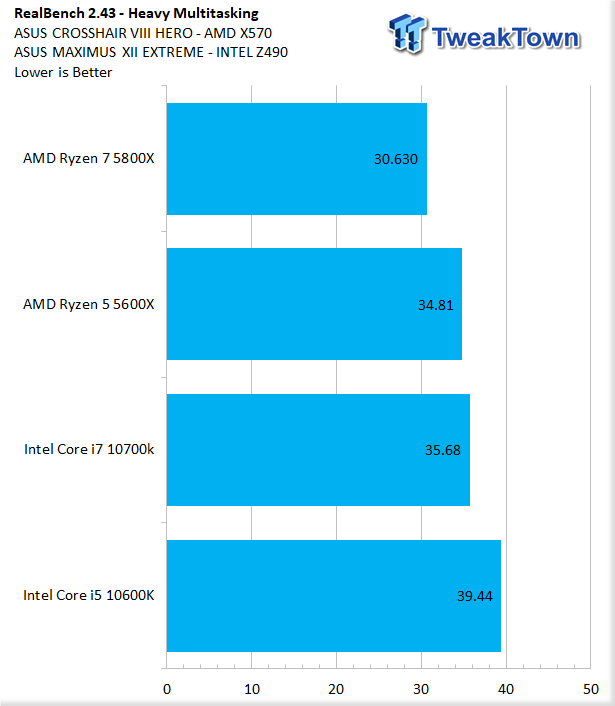 Heavy Multitasking runs both the image and encoding workloads alongside each other within Realbench. In this scenario, the 5800X is just over five seconds quicker than the 10700K. 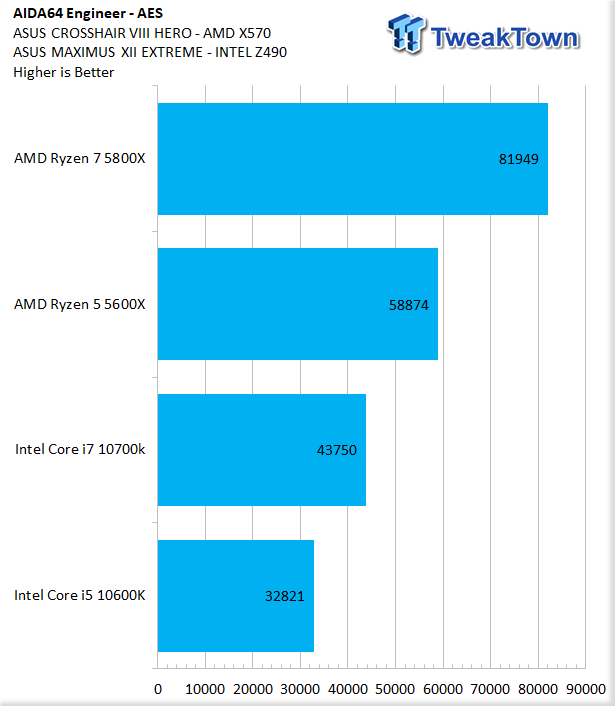 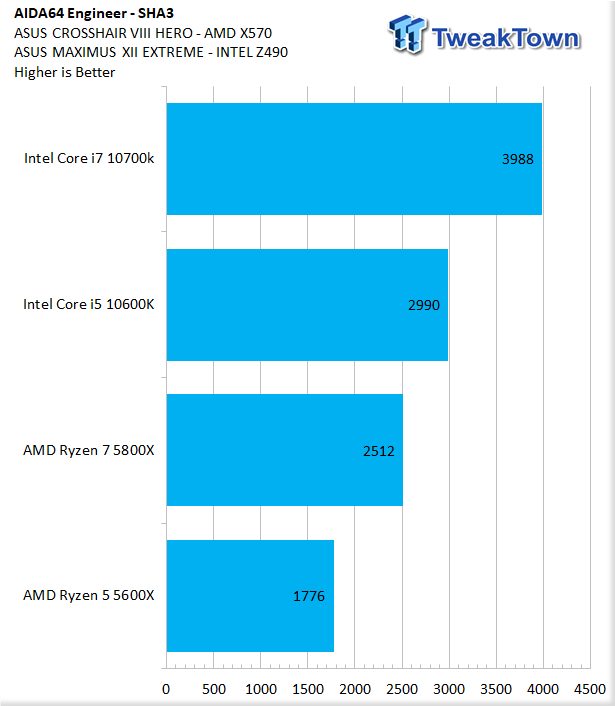 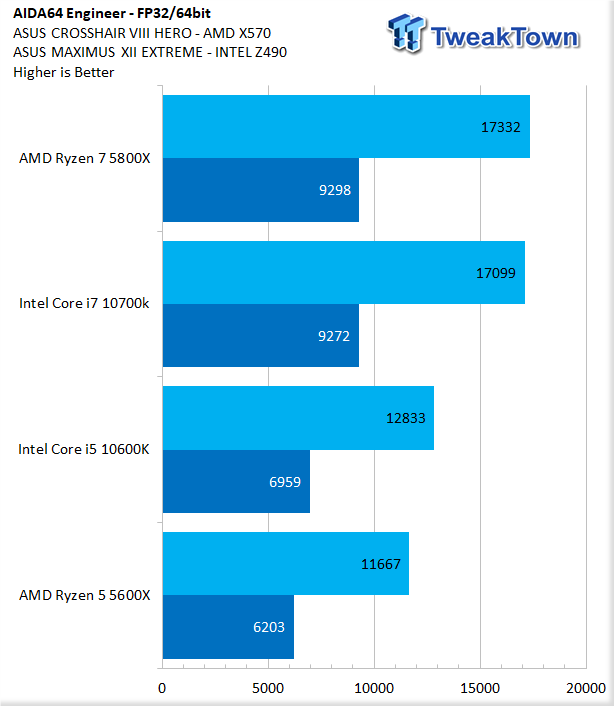 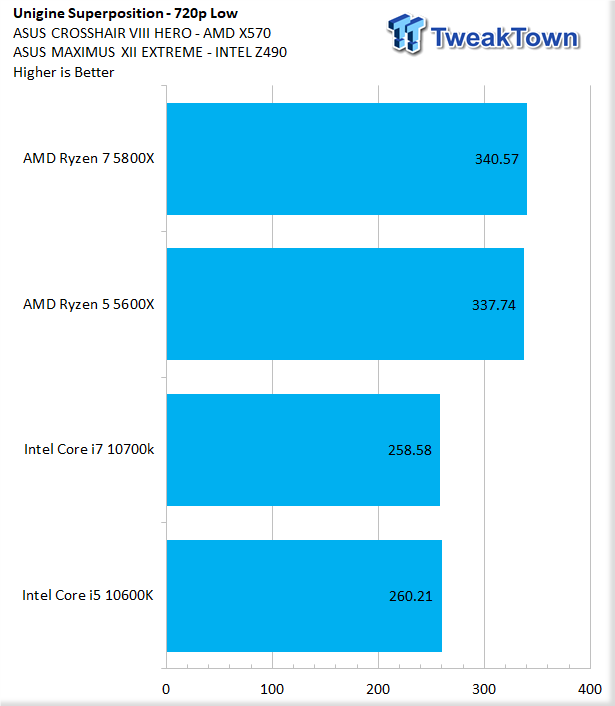 With Superposition, the 5800X breaks away from all others with 340 FPS. 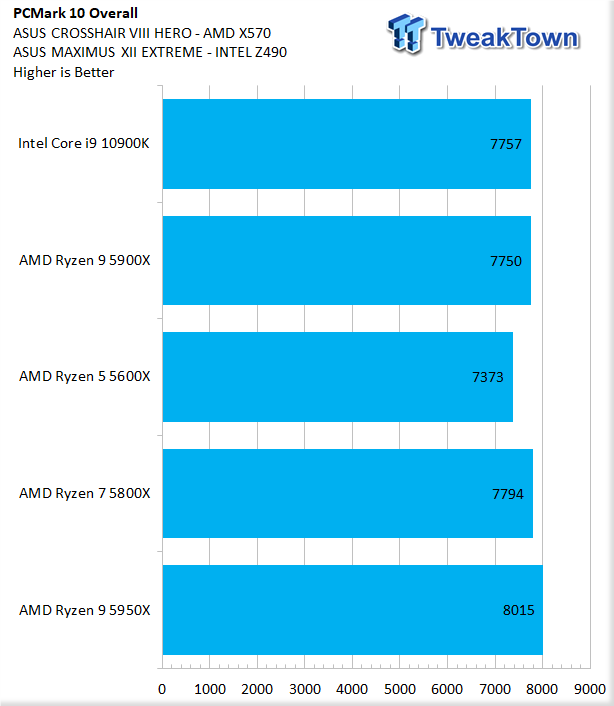 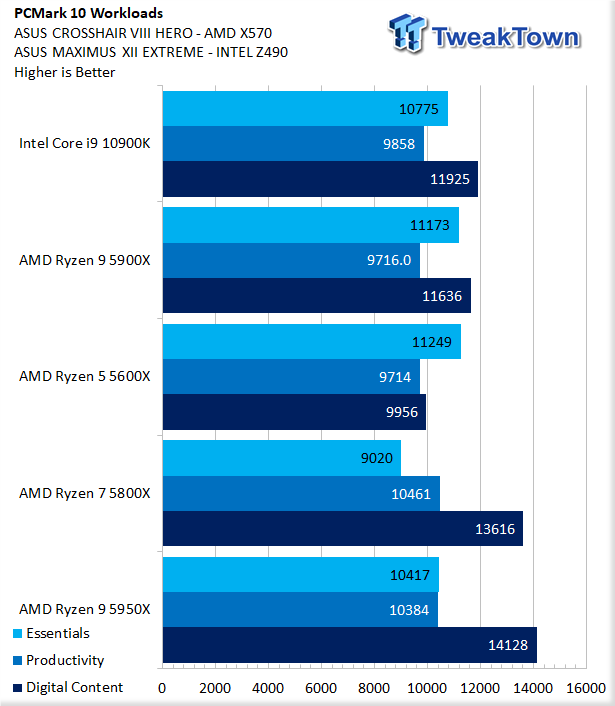 A closer look at our workloads shows a pretty solid advantage in digital content. 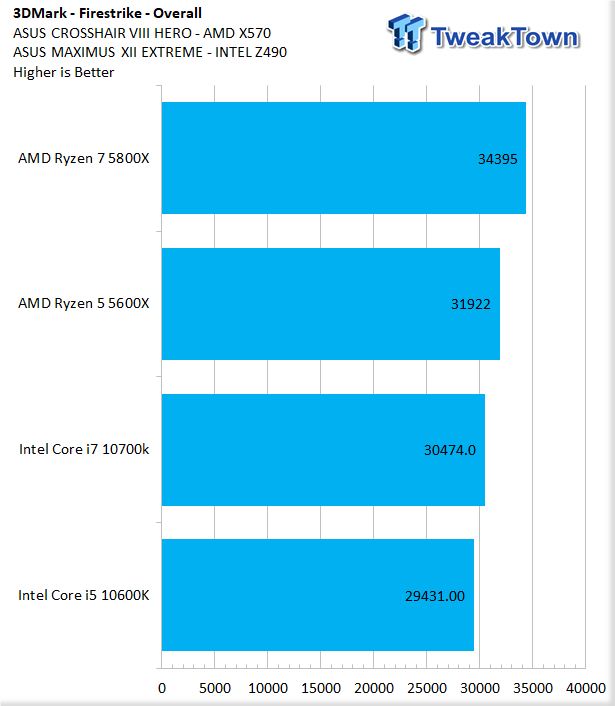 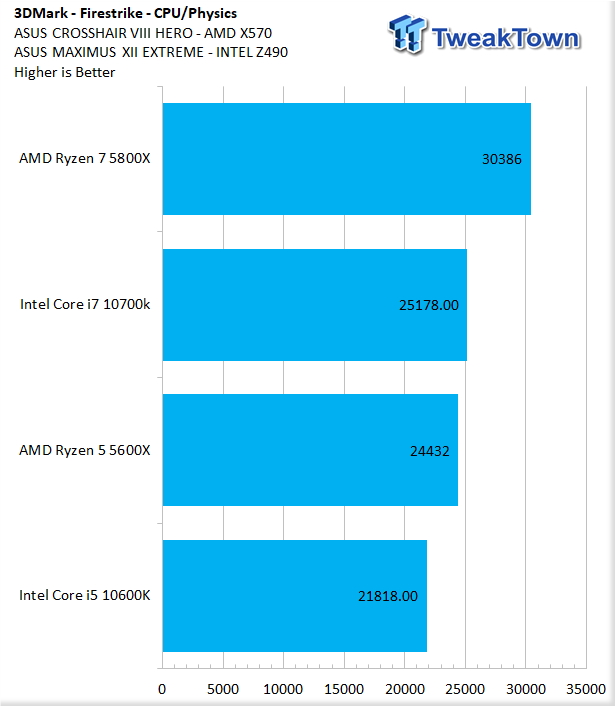 If we isolate CPU score only in Firestrike, the 5800X wins this with a 5K point advantage. 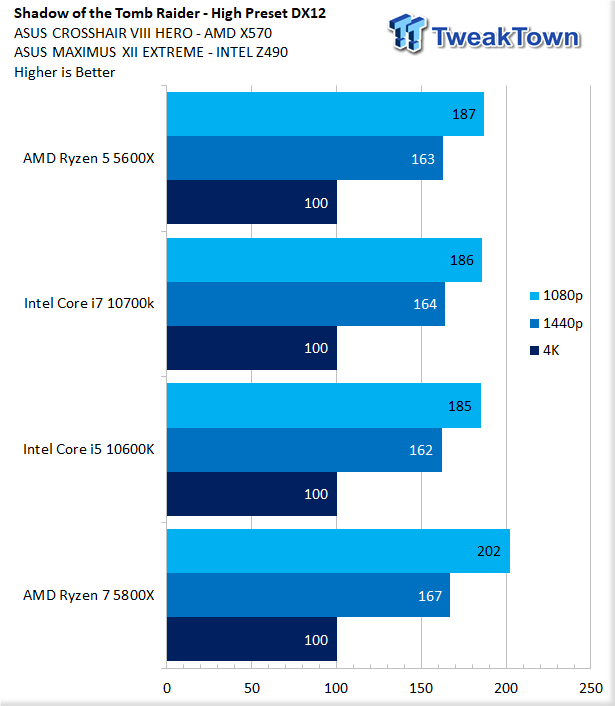 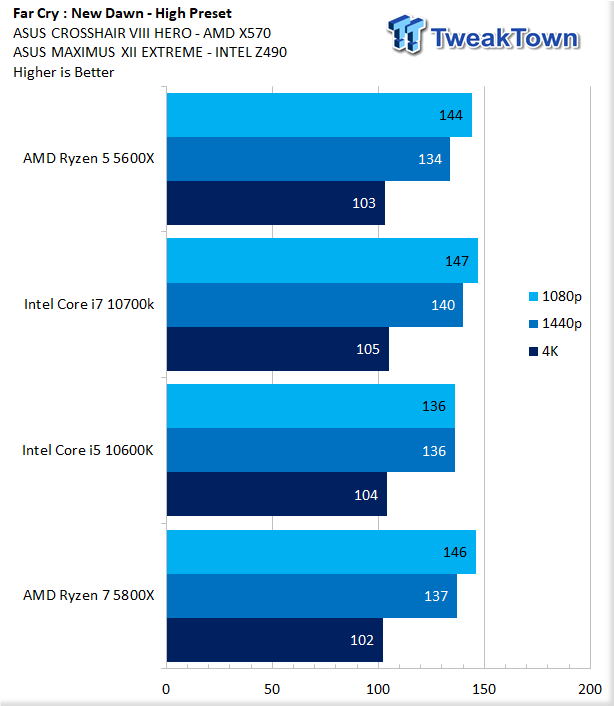 Far Cry New Dawn is much tighter of a contest, with no clear winner at any resolution. 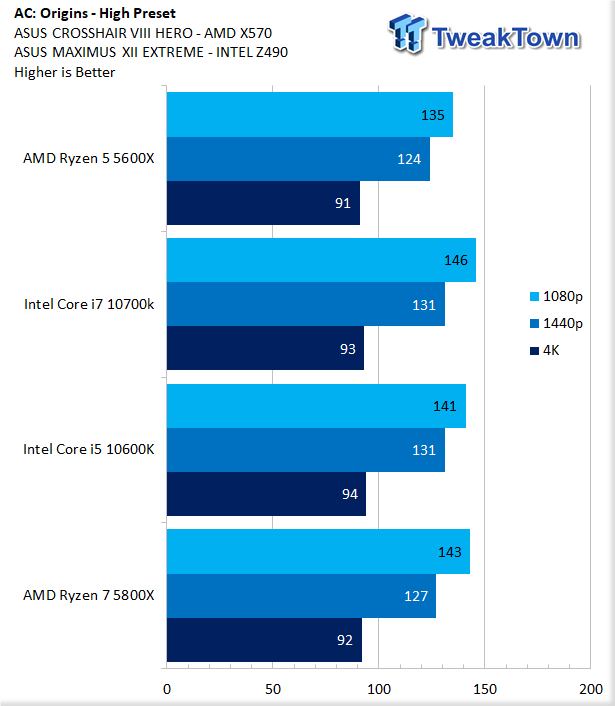 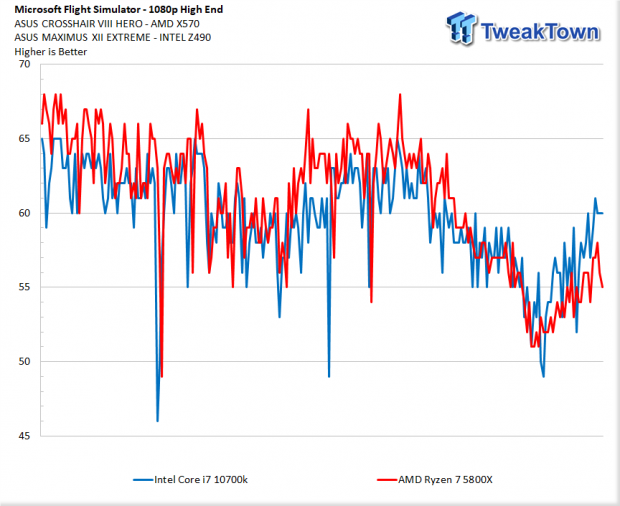 Throwing the 5800X through this scenario, we see it outperforms the 10700k by a few FPS throughout testing. 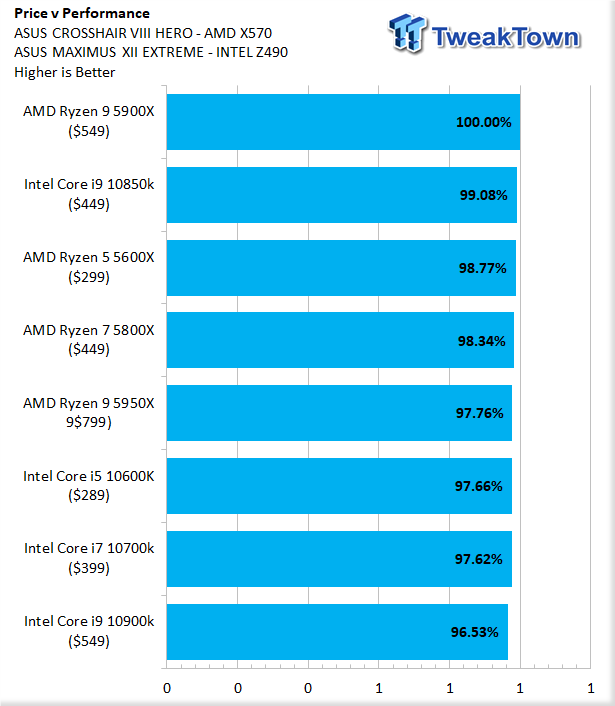 Taking all of the results we have received over the past few weeks testing Zen 3, we built a formula for calculating price v performance using the given MSRP. 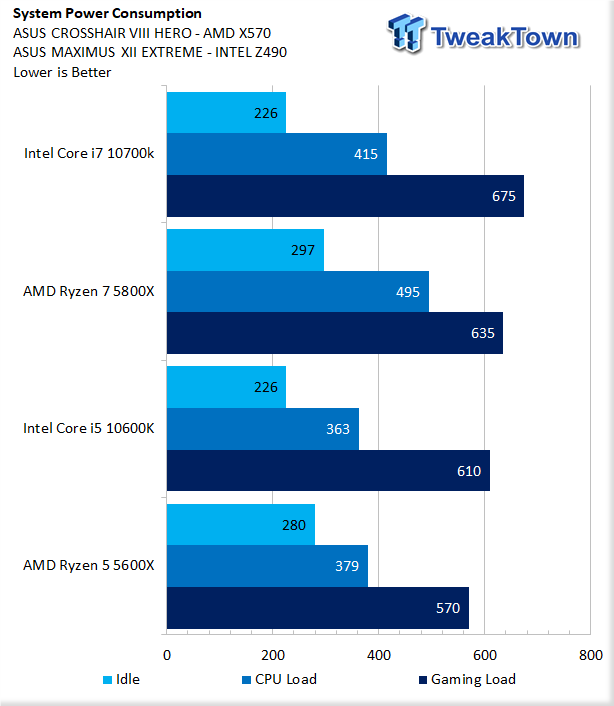 Power consumption for the 5800X is a bit higher than its Intel counterparts. That said, we have 297 watts at idle, 495 watts CPU load, and 635 watts during gaming. 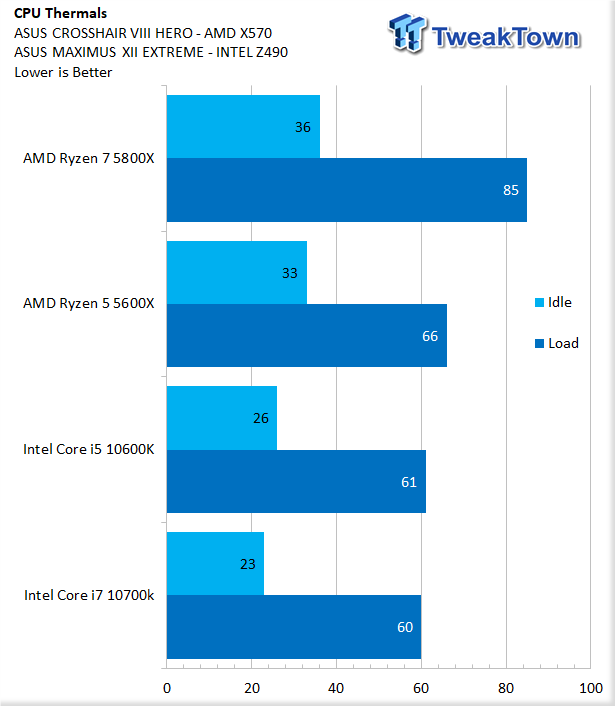 5800X reached the highest temperature of the CPUs tested. The 5600X is the only Zen 3 part that isn't so demanding on current-gen cooling solutions.

As mentioned earlier, AMD's Ryzen 7 5800X is the sweet spot for many gamers that want the extra core horsepower to stream or run a game server off the same PC simultaneously.

On that note, it was probably the best gaming processor we have tested over these last few weeks trading blows with the 5600X. The 5600X, with its 65W design, can keep its clocks higher longer because it doesn't have such a large heat load to contend with. The 5800X is half a 5950X but somehow produces a similar burden on our cooling solution.

PCIe Gen4: Still the only platform to support Gen4 PCIe.

Long Live AM4: I've praised AMD in every review for sticking with AM4.

Heat: 5800X carries over the heat too but its well maintained with proper cooling.

Note: We will cover 5800X overclocking in an upcoming motherboard soon.