HyperX has provided gamers with a fantastic Dolby 7.1 surround sound gaming headset solution that not only is awesome in-game, but feels and looks premium.
Buy at Amazon

HyperX has released a successor to its renowned gaming headset, the HyperX Cloud Revolver. 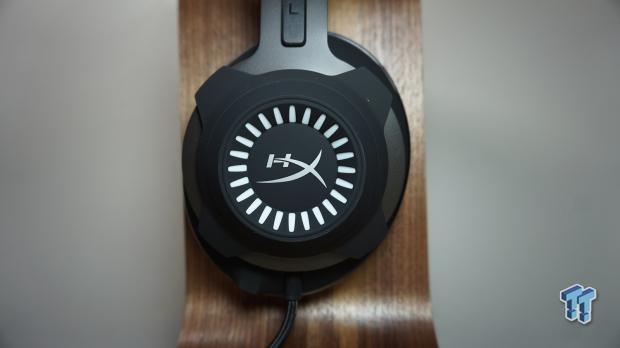 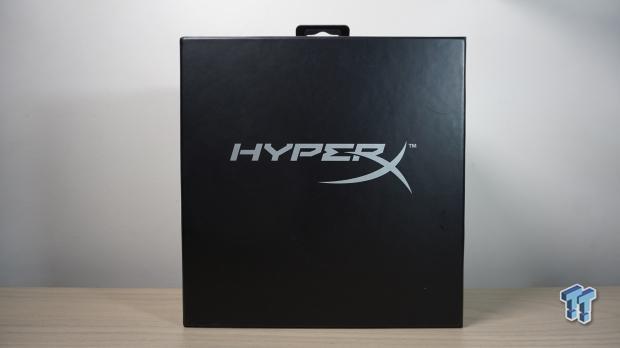 The packaging for the Cloud Revolver S feels somewhat premium as it arrives in a hardcover box with a really simplistic HyperX branding on the front. 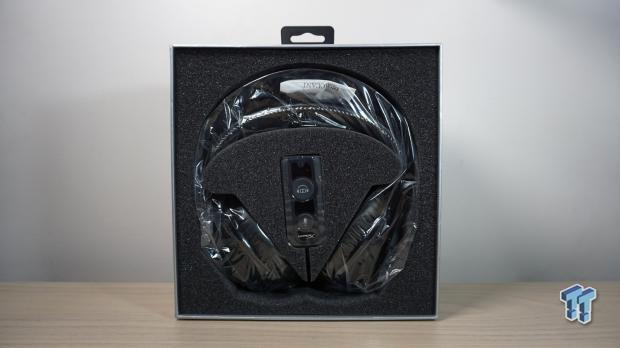 Next, we have an image of the inside of the box, and as we can see, the Cloud Revolver S is firmly held in place by thick foam padding. The unboxing experience was joyful, but nothing to jump up and down about. 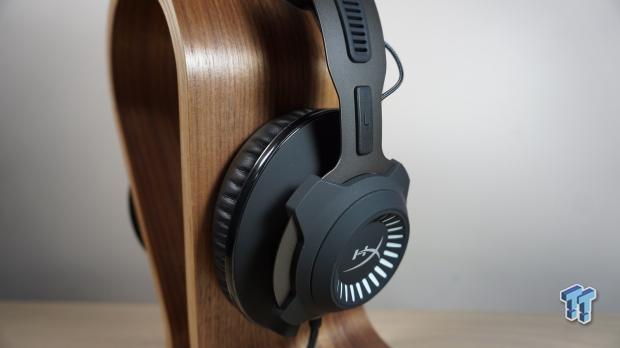 Here we have an image of the Cloud Revolver S taken outside of the box and thrown on my headset stand. As you can see, the headset features a nice matte black plastic finish on the outside that matches really nicely with the black metal frame. You can also notice that there is no flashy RGB lighting, which is something I really appreciate in its overall design. 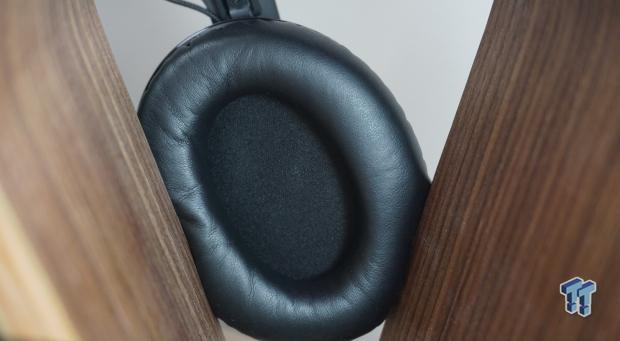 Moving on, we have HyperX's notoriously comfortable memory foam ear cushions with a very nice leatherette finish over the top of them. Since this headset is a closed-back design, and the earcup material is leather - these can accumulate a little bit of sweat over a longer gaming session. 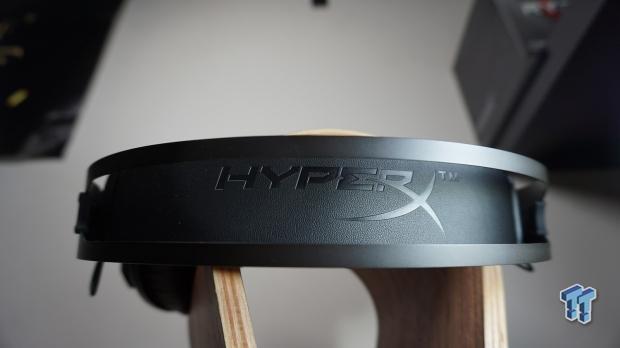 Next, we have an image of the top of the headband, and as you can see, HyperX has stamped the headband with some branding. The headband also has a nice leather finish and is equipped with HyperX's signature memory foam that is also present on the earcups. 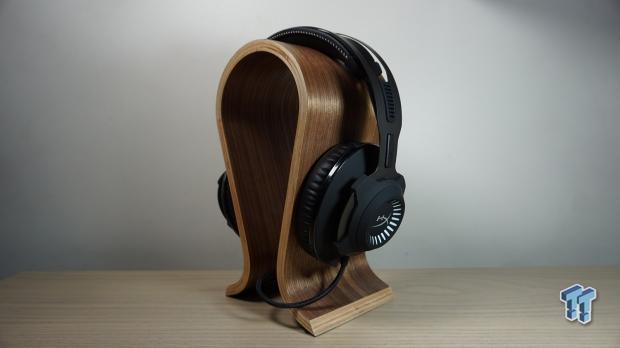 Here we have a wide shot of the headset, and as you can see, the color contrasting between the frame of the headset and the soft-touch plastic on the earcups really does wonders (for me personally). 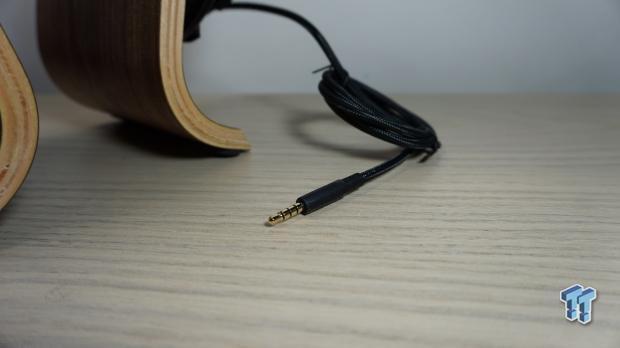 Above, we have a shot of the standard 3.5mm headphone jack that is non-removable from the headset itself. 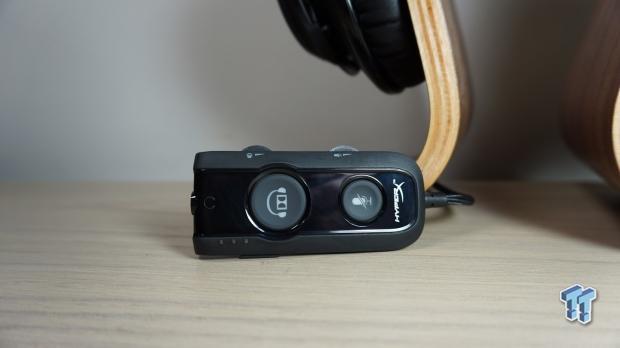 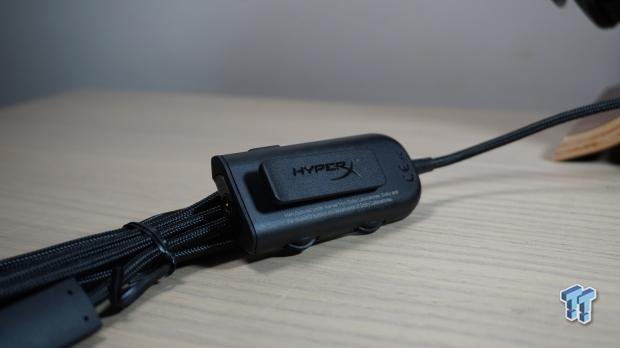 Next, we have a shot of the back of the USB module, and we can notice that it comes with a clip and some more subtle HyperX branding. 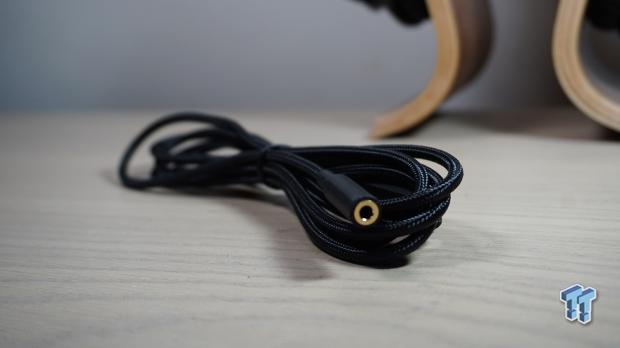 Above is an image of the 2-meter splitter cable provided in the box. This cable is super long, even to the point where it could be too long. 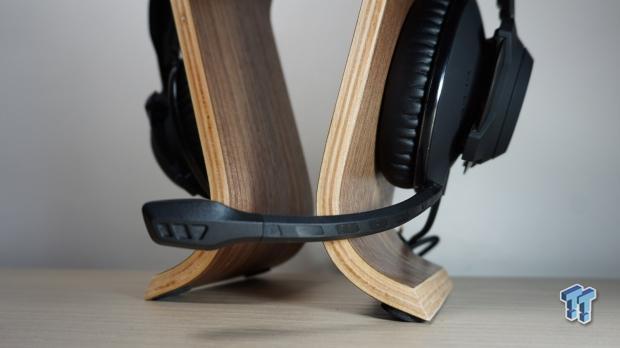 Lastly, we have an image of the microphone that comes with the Cloud Revolver S, and as you can probably see, the microphone is on the larger side of things measuring in at a length of just over 15cm. As for its design, the microphone can be removed from the headset, and it's fairly maneuverable.

HyperX hasn't really changed that much when it comes to the Revolver S in comparison to the normal Revolver, but that doesn't mean everything is the same. There are minimal changes, and one main one is that the Revolver S has white highlights located on the outside of the earcups instead of the standard red Revolver highlights.

Let's talk about comfort and overall user experience while wearing the headset. The Revolver S has minimal clamping force, which is something I personally don't like very much in a gaming headset. To give you an idea of how loose the Revolver S is on your head while being worn I did a simple 'bend over' test to pick up a pen, the headset passed the test, but it did feel like it was about to fall off my head and smash into the floor. As I previously said, I personally don't enjoy a gaming headset that doesn't have a nice tight clamping force, but I do recognize those gamers out there who appreciate a more minimal clamping pressure.

Other than the clamping pressure, the Revolver S is an extremely comfortable headset to wear, and even despite being closed back with leather earcups, I had no trouble wearing it for extended periods of time. The earcups themselves are very comfortable, and the claims HyperX make towards their memory foam being award-winning is definitely recognizable.

As I have previously mentioned, since the earcups are closed back and are leather, I would advise gamers who tend to sweat a lot to take regular breaks as I can see sweat building up after longer gaming sessions. This wasn't an issue with me personally, but I just thought it would be worth mentioning.

The build quality of the headset certainly feels premium, and I believe this is because of the nice matte rubber finish I mentioned previously, as well as the toughness of the exposed metal frame. HyperX has done a fantastic job here in terms of build quality and comfort, I applaud them on that front, and the only real thing I can knock off of its design is that the clamping pressure didn't fit my personal preference.

As I've previously mentioned, the main focal point of the Revolver S is the ability to be able to dance between Dolby 7.1 Surround Sound and stereo at the press of a button, and that focal point is clearly reflected in the headset's performance. As you could have probably imagined, the Revolver S gave me a better experience in games with 7.1 Surround Sound enabled, rather than stereo.

That wasn't the case across the board though, that is a more general outlook on my overall experience with the headset - nonetheless, there are exceptions. Firstly, it should be noted that as with all of my headset reviews, I like to use the headset from anywhere between 30 - 50 hours, and within that time frame, I run the headset through many different tests. I test in-game audio, music, and movie listening. 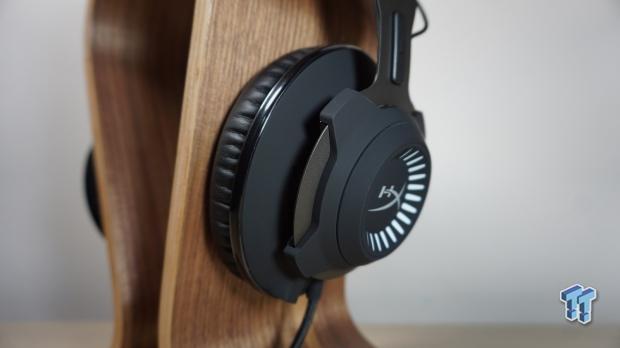 As for in-game audio, I played Hyperscape with the Revolver S, as well as Apex Legends. I chose these two titles as I believe both of these games emphasize how crucial positional awareness is in a competitive shooter, and sometimes good position awareness can be the difference between living and dying. With the 7.1 Surround Sound enabled, I experienced a distancing effect from the sound, and I felt as if I was further away from where the sounds were originating from. This effect was particularly good for tracking enemies and listening to environmental movements at a distance, but the sound became clouded and muddy in closer quarters. I had the same experience with both Apex Legends and Hyperscape.

However, with the 7.1 Surround Sound enabled, I generally had a better experience than in stereo mode as I found the stereo mode to be quite flat and bass lacking. Ultimately, I believe this really depends on what kind of game you are playing, and whether or not the audio engine for the title supports 7.1 Surround Sound. Some of the lack of bass issues was solved when skipping through the presets provided on the USB module. Tip - I would advise any user of the Revolver S to cycle through these presets until you find the best audio experience for the game you are playing. The preset could be different per game.

The Revolver S surprisingly held its ground when listening to music and movies, which was something I didn't really expect at all. I had my best experience with music and movie listening with the headset in stereo mode with the bass preset on.

For the microphone testing, I have chosen to compare the Revolver S against the Logitech Pro X, and the Logitech G935. The reason for me choosing the ProX and G935 is because they are priced similarly to the Revolver S. The Pro X comes in at the cost of $129.99, and the G935 cost $169.99. The Revolver S sits nicely in the middle at $149, and we are going to see if spending more means you are going to get a better microphone at this mid-range price point.

Above you can listen to each of the headset microphones, and you can decide which you think sounds better for quality. In my opinion, I believe the Logitech Pro X sounds the best when it comes to its provided bass, but an issue with this microphone is that it fades in out, and I believe this has to do with its noise cancellation properties. The Logitech G935 doesn't have as much bass but sounds much more balanced across the board.

HyperX has packed the Revolver S with great virtual surround sound, and while that usually isn't something I would personally look for in a headset, I couldn't help but use it as it's fantastic. The Revolver S is also very comfortable, with some of the best cushioning I have experienced on a headset. There is also the versatility of the headset, as it can be used on your PC, console, and mobile.

I wasn't the biggest fan of the clamping pressure from the Revolver S, I found that the headset was far too loose for my liking. This isn't a problem that everyone will experience, as many people enjoy loose headsets, it just personally wasn't for me. The issues with the Revolver S are in its design; the metal frame reverbs some sound.

So, is the HyperX Revolver S the king of the mid-range gaming headsets? Well, out of the headsets I've tested so far, the Revolver S comes in at a close second to the Logitech Pro X. 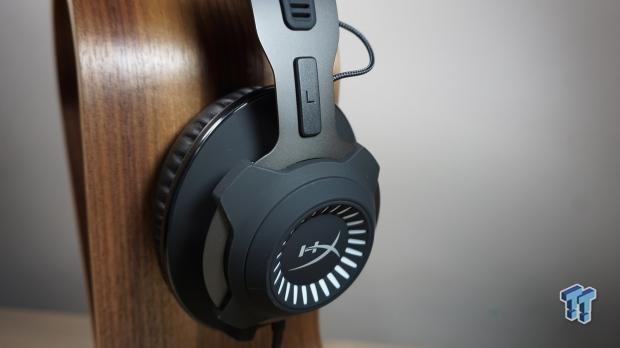 All in all, Hyper X has released a headset that overall is a great pick up if you fit the description I mentioned previously. The Revolver S has very small downsides, and certainly does feel like a very premium mid-range headset. I believe HyperX will revise these issues in a future iteration of the headset, and that will no doubt cause a ruckus in the market when it releases. Overall, I like where you are going HyperX, with only a few issues on the design front, I'm very curious about what the future holds for HyperX gaming headsets.

HyperX has provided gamers with a fantastic Dolby 7.1 surround sound gaming headset solution that not only is awesome in-game, but feels and looks premium.