The DS420+ is a perfect entry-level platform for consumers wanting increased horsepower over the value "J" series.
Buy at Amazon

Earlier in the year, Synology started its 2020 refresh with the value series appliances offering up the two-bay DS220j and four-bay DS420j. With those launches now in the rear-view, we move to the Plus series, which has an interesting entry in the DS420+.

Typically, most but not all Plus series solutions support expansion via the DX517 appliance. The DS420+ takes a new route offering four-bays internal without the possibility of expansion, allowing the 420+ to fill the gap left when the DS415+ hit end of life.

The 420+ is an Intel hardware platform, using the Gemini Lake Celeron J4025. This is a dual-core processor operating at 2GHz with boost capabilities up to 2.9GHz. Synology has paired this with 2GB of DDR4 that is expandable via SO-DIMM up to 6GB. Drive connectivity is offered over four-bays supporting both 2.5" and 3.5" drives on a SATA interface. Additional connectivity includes dual USB 3.0 port along with dual 1 gigabit LAN. 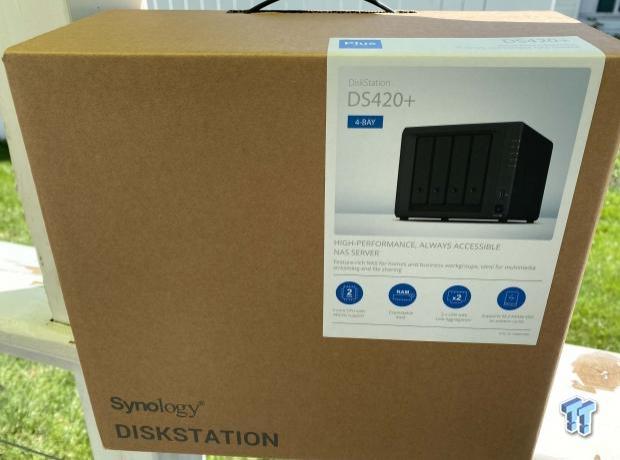 With the DS420+, we have the typical brown box with a sticker to the right, offering an image of the NAS and features across the bottom. 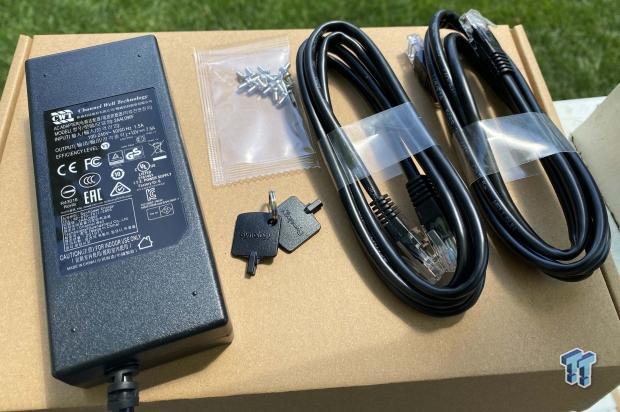 Included with the DS420+, we have the power adapter, keys, and ethernet cables. We also have an assortment of drive screws for 2.5" and 3.5" drives. 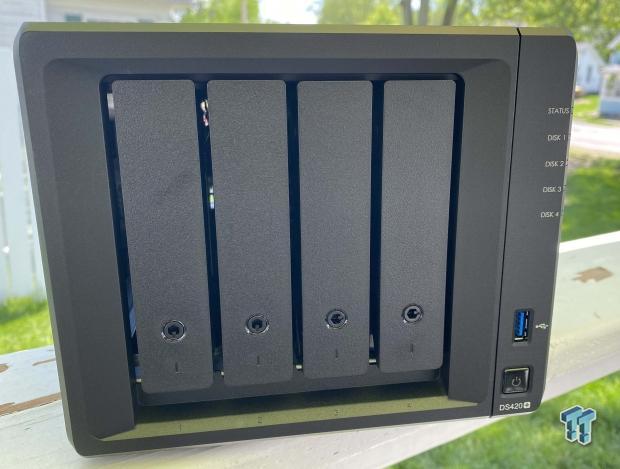 The 420+ keeps the iconic Synology aesthetic, four drive tray across the front, LEDs for each disk to the right and power at the bottom. 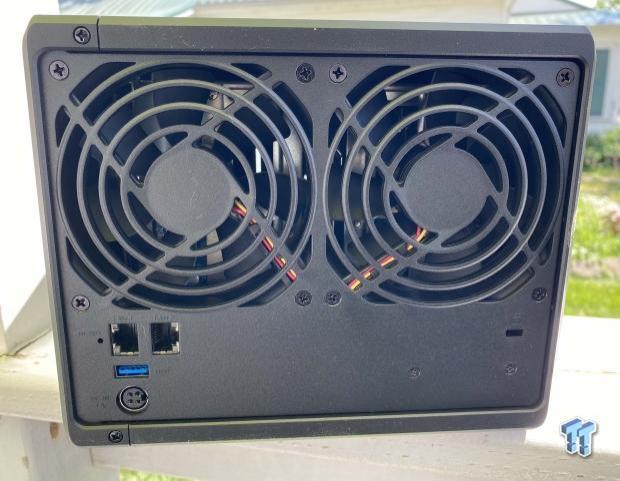 On the back, we have two large cooling fans, Kensington lock to the right and dual gigabit ethernet to the left. Additionally, we have a single USB 3.0 port in blue and power input below. 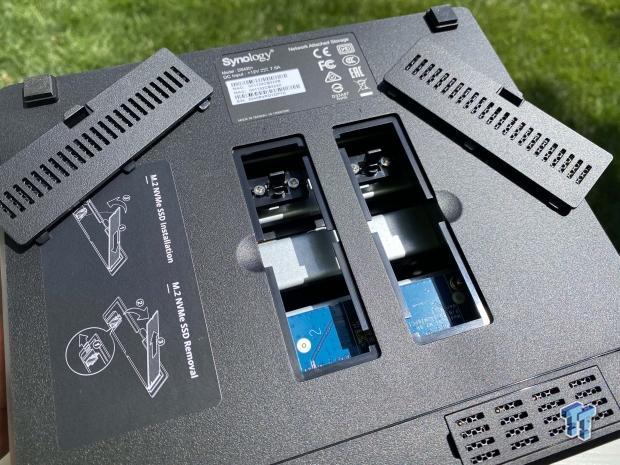 On the bottom, we have two removable covers that offer easy access to m.2 NVMe drive slots. 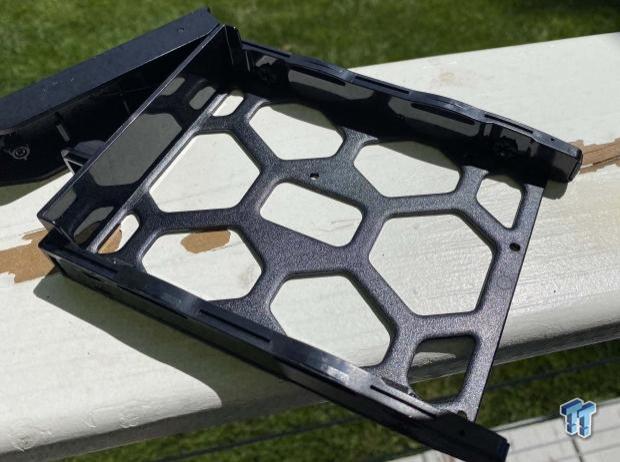 The drive trays are the all-plastic tool-less solutions seen in nearly all past Synology platforms. 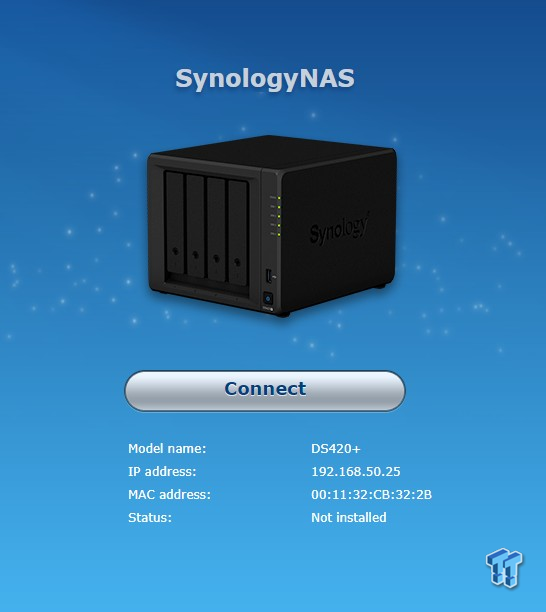 Setup begins with Synology Assistant. Optionally, you can use the web setup at find.synology.com.

Finishing up the setup, we land on the desktop seen above. To the right, we have the "dashboard" offering information on the volume, CPU and memory usage, and network activity. At the same time, icons to the left allow for quick access to the package center, control panel, and file station. 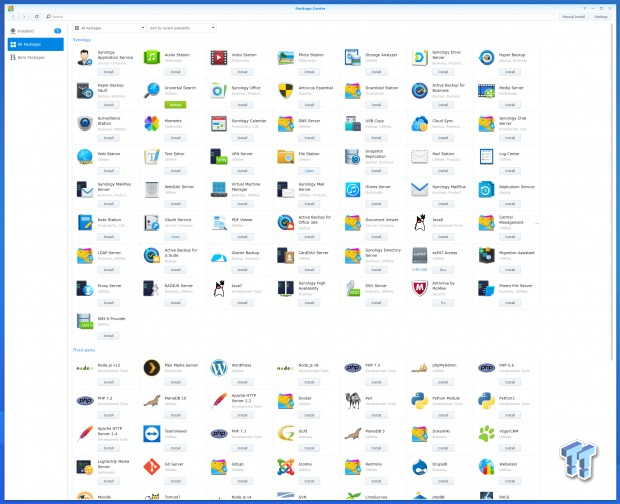 Moving through the menus, we have the app catalog that continues to grow, including favorites like WordPress and Plex. 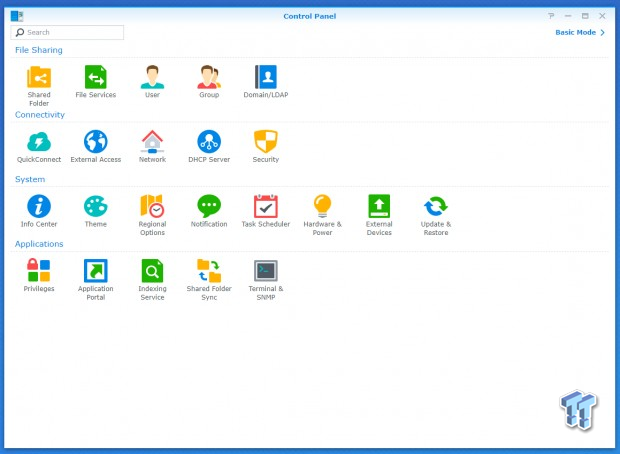 Control Panel offers the means to set up your network and shared folders, security controls, and quick access with your Synology account.

Moving to the storage manager, with IronWolf drives installed, we get the logo next to our drives. Diving deeper, we have IHM that offers a more in-depth analysis of the drive's health. 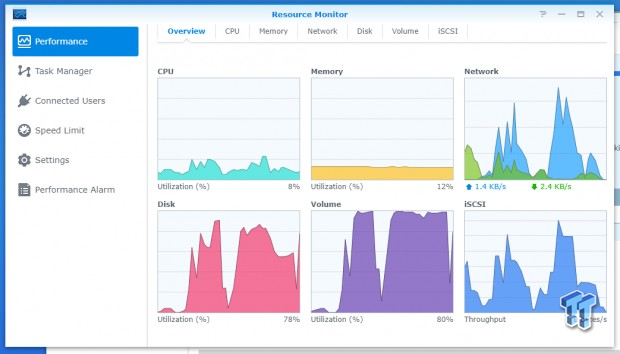 Resource monitor allows you to watch the usage of the NAS resources, including CPU, memory, network, and disks. 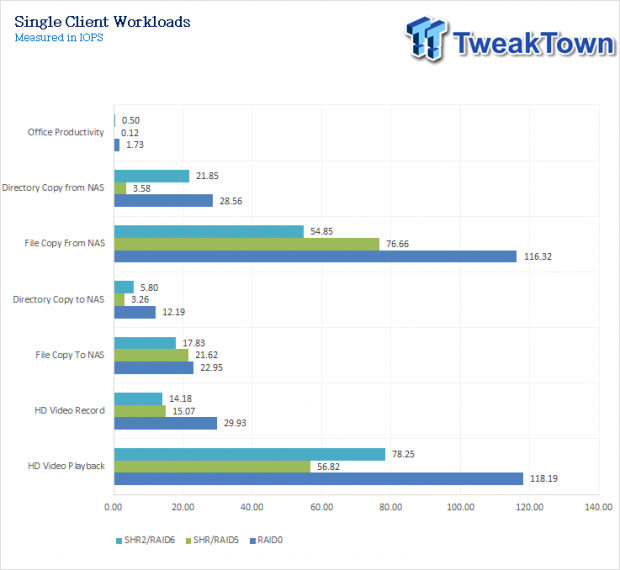 Getting right into the workloads, the DS420+ does really well with playback reaching the peaks of gigabit ethernet in RAID 0. SHR and SHR2 offer slightly lower performance at 78 and 56 MB/s, respectively. File copy from the NAS, a read operation again shows top-notch performance. 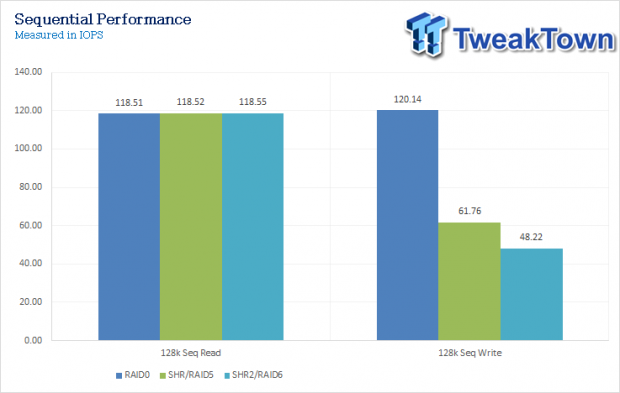 Sequential performance across the board hits the limit of the interface in read operations. Seen above, we have 118 MB/s for each array in read while write operations peak at 120 MB/s in RAID 0, followed by 61 and 48MB/s for SHR and SHR2. 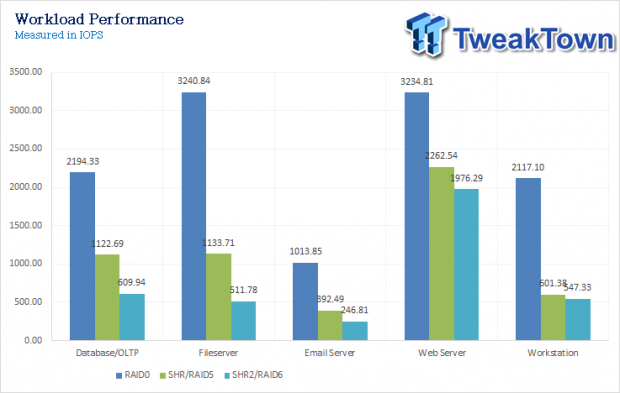 RAID 0 pushes some pretty solid IOPS in workload testing. Peak comes in Web Server and File Server, both right at 3240 IOPS. Web Server proves quite good again with SHR at 2200 IOPs while SHR2 comes in at 1976 IOPS.

For those a little more serious about getting into NAS, the Plus series offers increased throughput with better underlying hardware and more functionality with a larger library of applications and services.

The DS420+ embodies this with a full-featured platform, limited to its four internal bays and at the time of writing 64TB of capacity but at a reduced cost when compared to similar platforms like the DS918+ that has the ability for expansion. Build quality is per usual with high-quality plastics, tool-free drives trays, and DSM behind it.

The DS420+ did quite well in performance tests, reaching the limits of the 1Gbe interface in single client testing in both video playback and file transfers when using RAID 0. This was tipped back only slightly when we moved to SHR and SHR2 with video playback still at the higher-end of the charts.

Sequential performance across all arrays hit the limit of the interface in read testing. Write testing was not far behind with RAID 0 zero at the limit and SHR and SHR2 at 61 and 48 MB/s, respectively. Workload testing proved Web Server and File Server to be the top workloads for the DS420+ reaching 3200 IOPS in RAID 0 and 2200 IOPS in SHR/RAID5.

The DS420+ is a perfect entry-level platform for consumers wanting increased horsepower over the value "J" series.