DAS units or enclosures easily swamp the market; you can find these devices with or without RAID capabilities offering many connectivity options. While Stardom is not a name I am too familiar with, we will soon be acquainted as I look at their "SOHOTANK", a two-bay solution featuring Thunderbolt 2.

Stardom has been around for quite some time and judging by their product page, they have clear goals of being a storage leader. They offer everything from single bay to eight bay and even rack mount solutions, many of which use the Thunderbolt or USB 3.0 interfaces. The SOHOTANK we have in the lab today is part of the two-bay portfolio offering 16TB of storage capacity using two 8TB drives which can be setup in RAID 0, 1, or JBOD.

Compatibility appears to stick with OS X only as Windows would need a driver and I was unable to find one on the support page. MSRP for the Stardom SOHOTANK comes in at $399.99 with a one-year warranty. 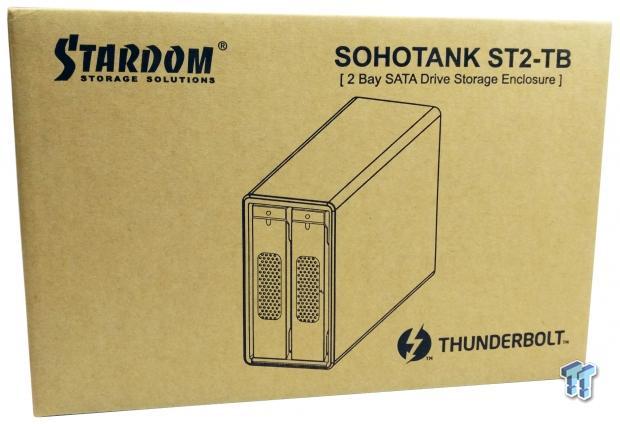 Packaging for the Stardom DAS has an outlined image of the enclosure taking a minimalistic approach with very little marketing. 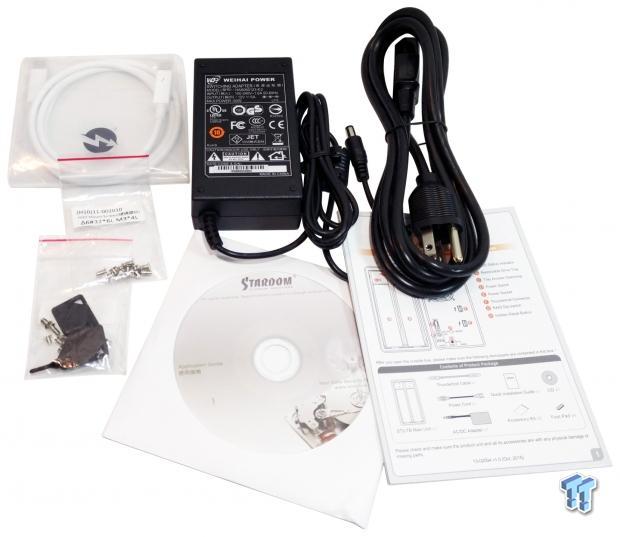 The scope of delivery includes the power adapter, Thunderbolt cable, screws and keys, along with reading materials and application guide on disk. 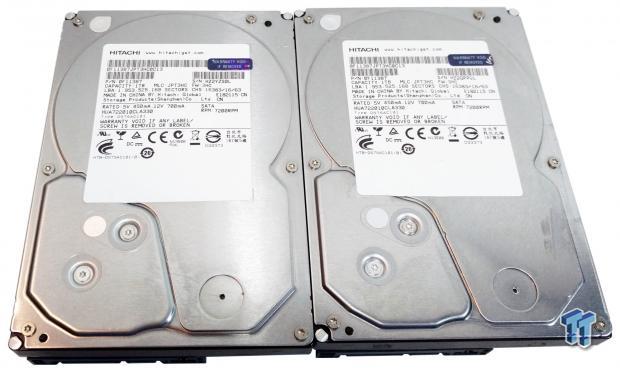 Sent over with the enclosure were two Hitachi 7200-RPM 1TB drives. 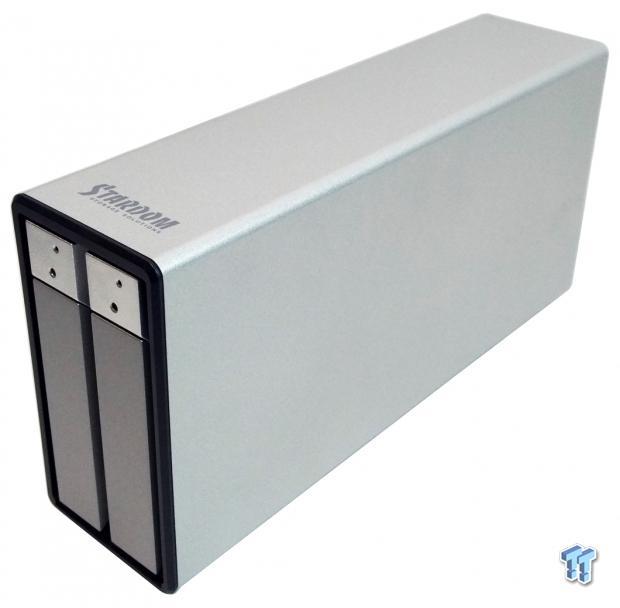 Taking our first look at the enclosure, we find it to be rather sleek in appearance, with a vast majority of the build being aluminum including the trays. 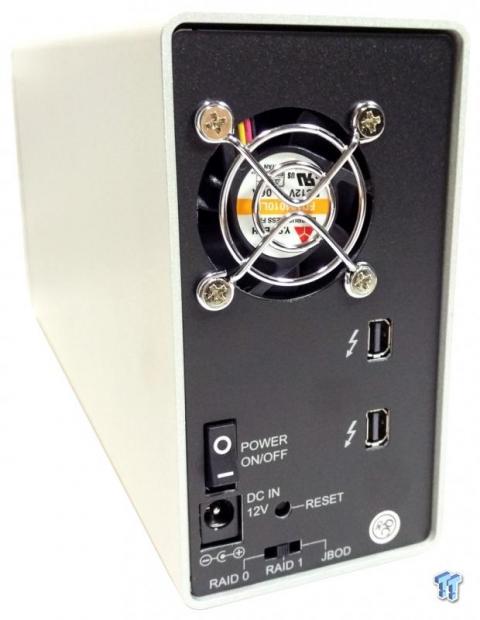 On the backside, we have a small fan for cooling with dual Thunderbolt 2 off to the right side and the RAID functionality via a switch at the bottom. 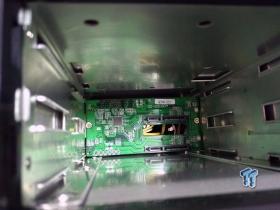 Peeking inside, we find a SATA backplane with what looks like an ASMedia IC. 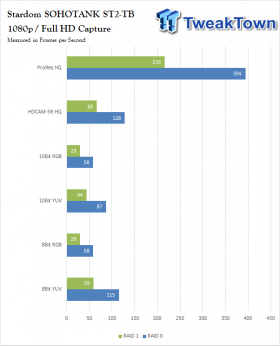 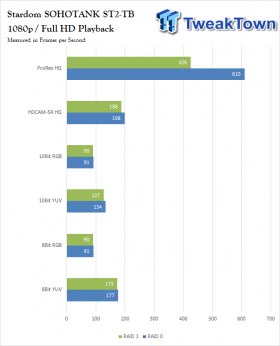 1080p playback was across the board solid for the Stardom unit, as you can see only a slight loss in frames going from RAID 0 to RAID 1 in ProRes otherwise consistent. 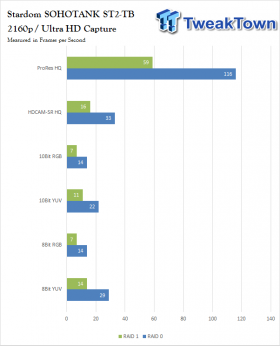 Moving over to UHD, things get a little dicey for this device as it can barely keep a solid 30 FPS in any RAID mode. ProRes produces the higher results at 116 FPS while the rest barely muster 30 FPS. 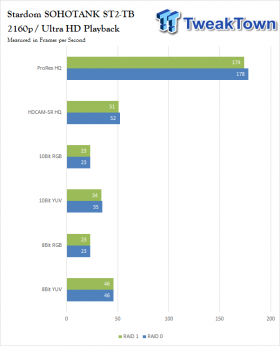 Playback in UHD did not get much better for this two-bay solution. However, it was able to get past FPS on several occasions reaching 52 FPS with HDCAM and 23 FPS in 8 and 10-bit RGB. 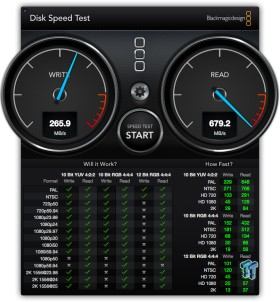 For those of you that want solid numbers in MB/s, RAID 0 was able to bring in 679 MB/s read and 265 MB/s write, of course using SSDs in this test. 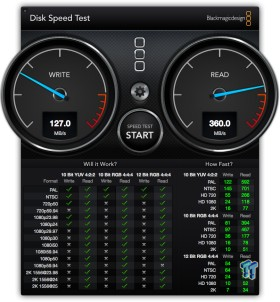 The Stardom SOHOTANK is a rather solid device that has some strong points and weaknesses like any other enclosure. On the plus side, the build quality is great thanks to its aluminum and steel construction. The internal components used add to the quality, and while it does use a switch to choose RAID functionality, it is not wonky like some can be. With this unit, you select your RAID mode via the switch; push the reset button in and seconds later, you are ready to initialize your drives.

On the other side of things, performance could have been better, and while I did some testing with the hard drives that were sent over, I decided to check the full throughput of this device with a set of Intel SSDs. Even with SSDs, Black Magic showed some inconsistencies in the throughput of the device with 147 MB/s read in RAID 1 and only 265 MB/s write in RAID 0. On the other hand, this solution did all right in 1080p capture and playback as it was able to get past 60 FPS on a few occasions. Moving to UHD, things were not quite as good, as the device simply did not have enough throughput to reach over 30 FPS and in some cases even 20 FPS.

Overall, the Stardom SOHOTANK ST2-TB is a good piece of kit for those working with a large amount of photos or full-HD video, but anything past that really puts a strain on this device.

The Bottom Line: Stardom's SOHOTANK ST2-TB Thunderbolt 2 Dual-Bay DAS unit doesn't really have the performance for UHD media, but does well with full-HD video and other media.