Netgear's X4S is as far ahead of the curve as a router can get at this point. With 160MHz technology being the next full step ahead for large performance increases, this router is ready to handle whatever you throw at it. 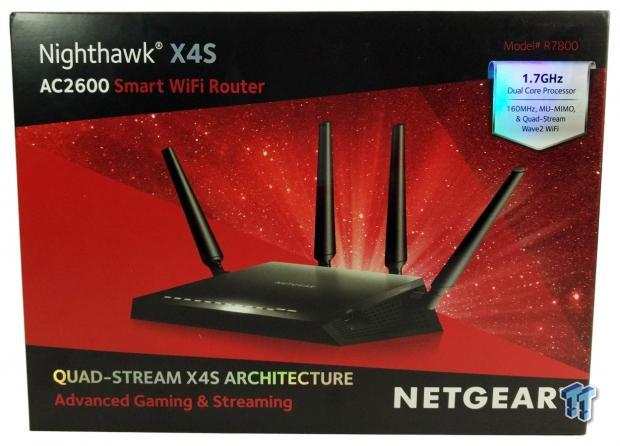 The router market is pushing forward at an increasing pace with competing technologies battling it out along the way. On one hand, we have some of the quickest routers on the market including the recently reviewed ASUS RT AC88U and the Nighthawk X8 using the stable and fast Broadcom platform, while many in the AC2400 and 2600 range that once started with Quantenna are being relaunched based on the Qualcomm Atheros platform.

With the launch of the Nighthawk X4s or R7800, Netgear is launching its latest AC2600 platform, this time around with MU-MIMO support out of the box, along with being the first to support 160MHz on the 5GHz band. The X4S is a 4x4 platform that allows 800 Mbps on the 2.4GHz band while the 5GHz band is capable of 1733 Mbps, and each deployed with support for beamforming. This solution is another one from Netgear aimed at large homes and should take over where the original and V2 of the R7500 left off.

Specifications of the Nighthawk X4S start with a dual-band gigabit platform featuring 800 Mbps on the 2.4GHz band and 1733 Mbps on the 5GHz band. At the heart of this router, we have a 1.7GHz dual-core processor sitting next to 512MB of DRAM and 128MB of flash.

Connectivity of this solution includes two USB port both supporting the USB 3.0 standard along with five Gigabit Ethernet ports (four for LAN and one for WAN). As mentioned above, this is the first consumer platform to deploy 160MHz support although we currently have no client devices capable of testing it.

MSRP of the Netgear Nighthawk X4S sits at $269.99 with a one-year warranty.

The product packaging carries the standard vibrant Netgear coloring scheme with an image of the router centered. To the right, we have the model number at the top along with performance indicators. 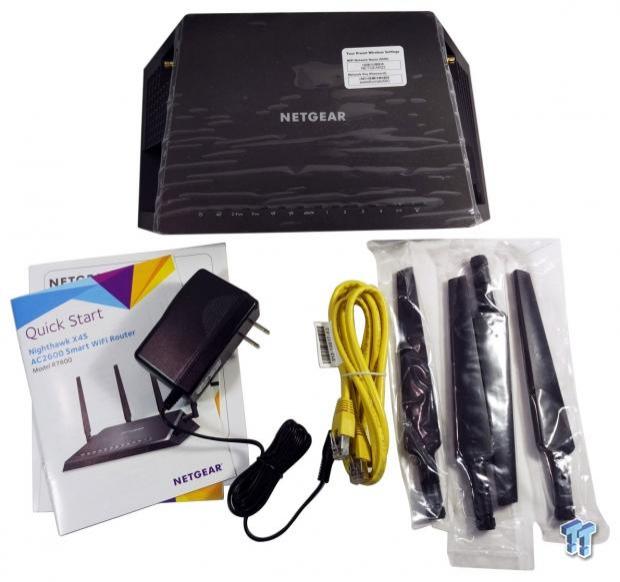 The front edge of the X4S router supplies a full range of LEDs. These denote everything from power to wireless activity and even USB and eSATA connectivity.

The left side of the router houses both of the two USB 3.0 ports.

Switching over to the right side, we have the single eSATA port.

The back of the router houses two antenna ports, four LAN, and a single WAN port along with the power input. To the left, you have the option of turning the LEDs on or off with a switch. 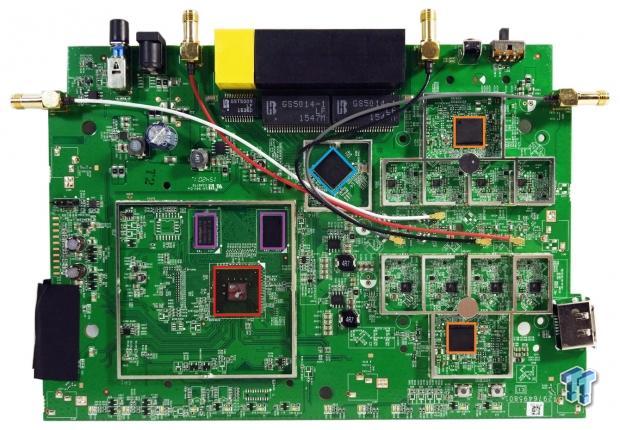 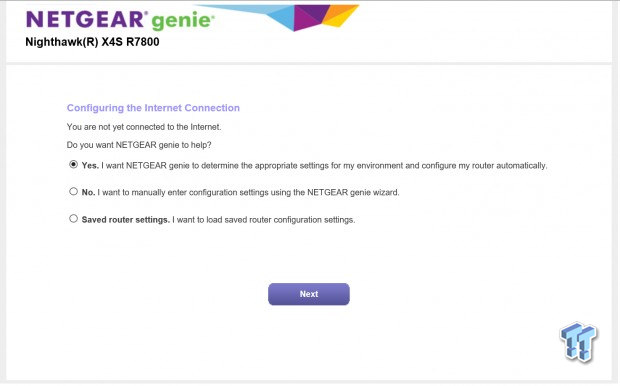 Setup hasn't changed much since our last encounter with a Netgear router. We still have the Genie platform that allows both manual and guided setup. 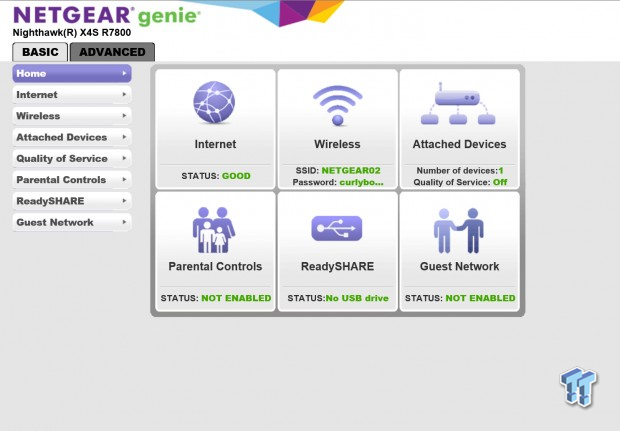 Starting with the Internet menu, we have access to WAN settings, and based on your ISP, you may need to log in here.

The wireless menu gives you access to both bands for configuring.

The attached devices menu is more of a network map, allowing you to see what devices are currently connected.

QoS hasn't changed much as Netgear still deploys one of the better solutions backed by a database of applications.

ReadyShare allows you to setup additional storage or printer sharing via the router. 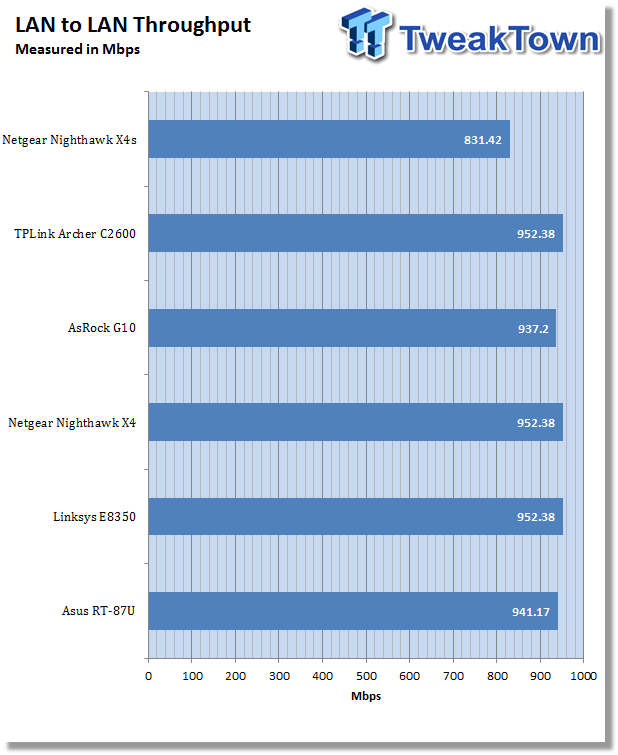 Starting off with LAN to LAN throughput, the X4S / R7800 produced 831 Mbps, slightly under what the R7500 produced previously. 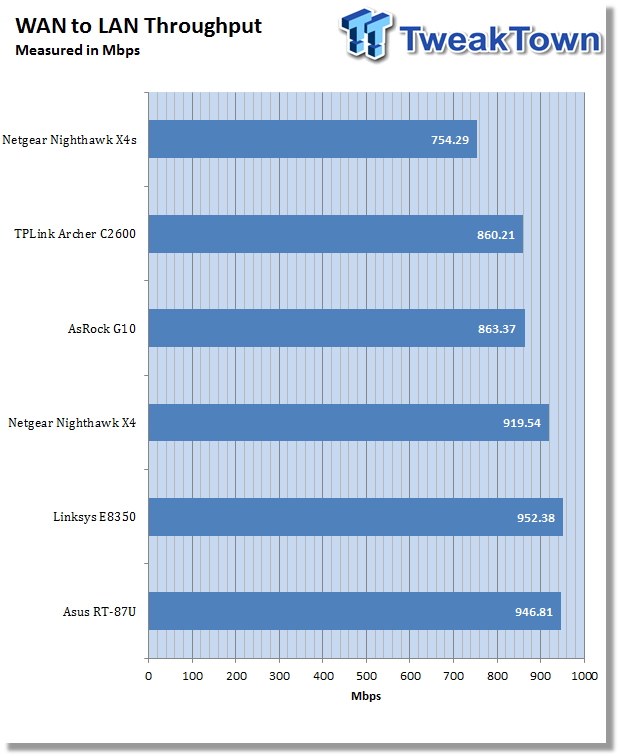 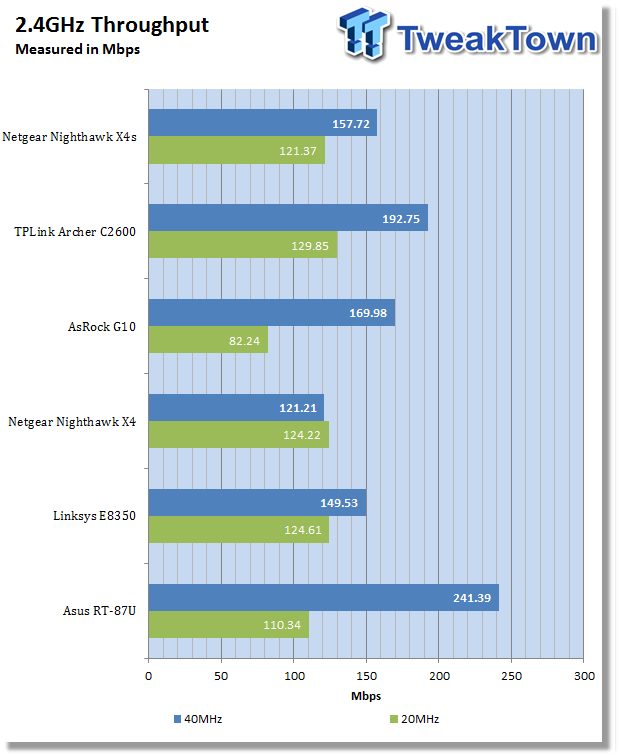 Switching to wireless throughput, the X4S was capable of 121 Mbps on the 20MHz band and 157 Mbps on the 40MHz band. Each of these results exceeded the performance of the original Nighthawk X4. 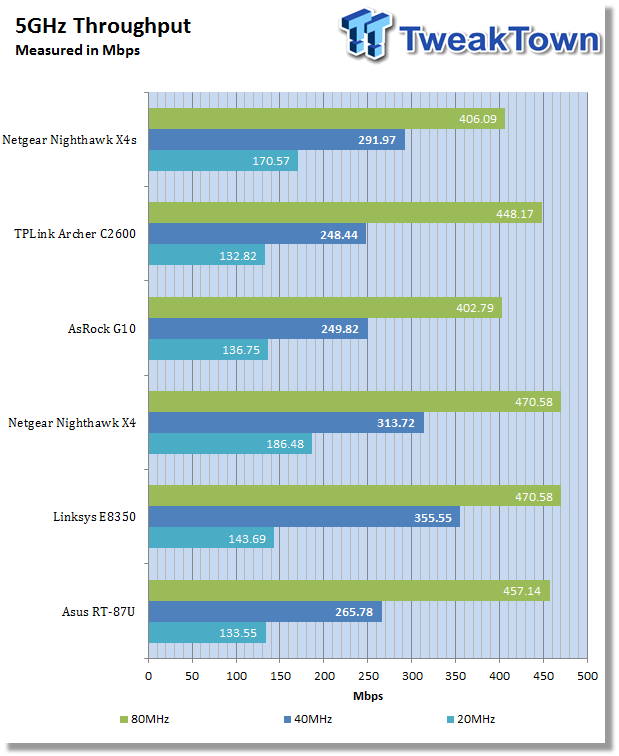 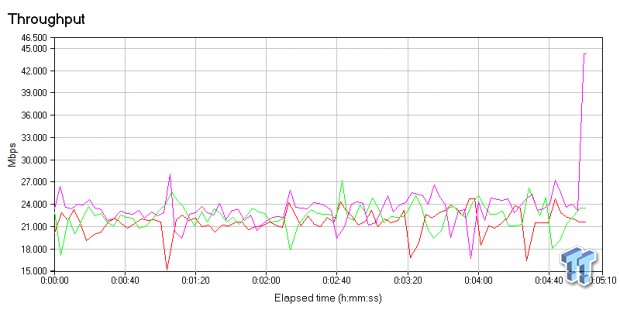 MU-MIMO performance for the 2.4GHz band showed the X4S working as intended with all devices getting the same 21 Mbps. 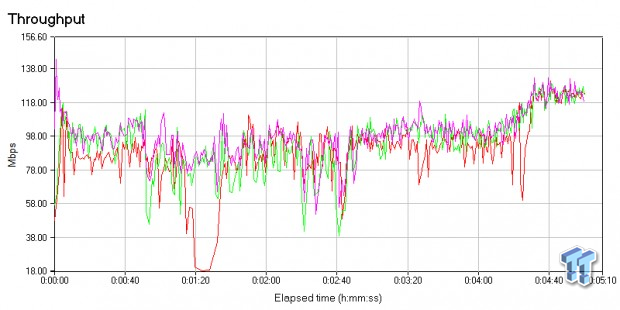 The 5GHz band looks quite aggressive, but as you can see, the performance is even tighter on this band with each device getting 98-100 Mbps. 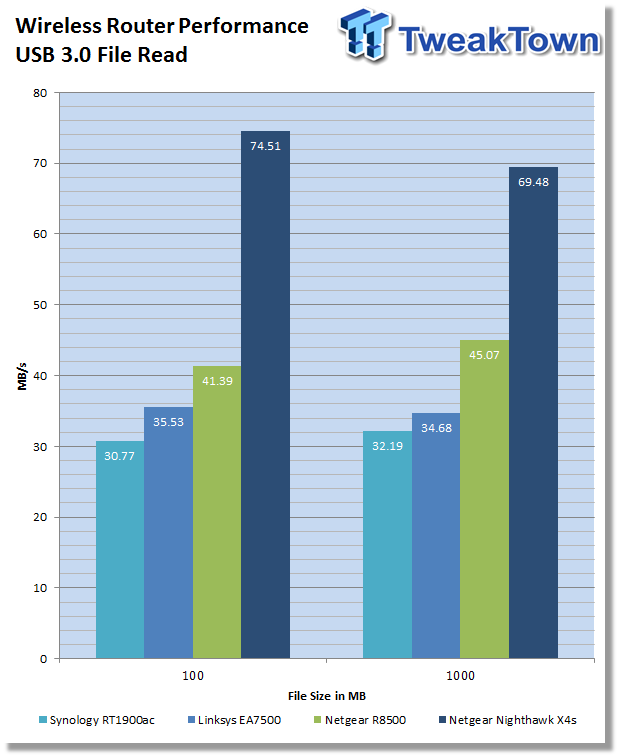 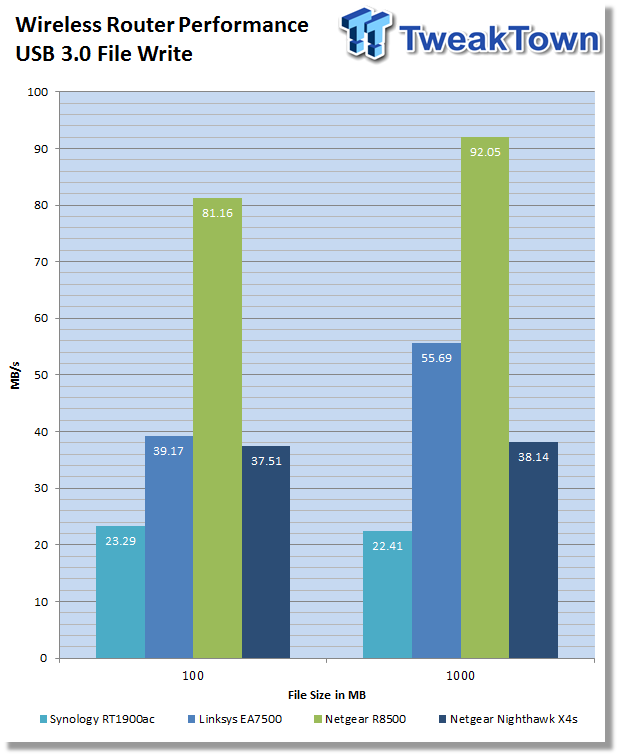 The performance of the X4S was almost the exact opposite of the R8000, reviewed just last month.

In read testing, this solution came in at 74 MB/s with the 100M file size while moving to 1000M performance dropped only slightly to 69 MB/s. Write performance, however, stayed at the same 38 MB/s, no matter the file size.

It amazes me at every new launch of a wireless router, the level of technology vendors seems to be pushing these days. Just three years ago, we were talking AC1900 as the wave of the future, and now we have AC2600, AC3100, and even AC5300 pushing wireless tech to new heights. The X4S too has opened the consumer market to new technology. While it has been known for a while now that the 160MHz band would be the next wave in Wi-Fi, Netgear is futureproofing this solution with this technology.

Performance, while not top notch in the first three test scenarios, stepped up when we moved to 5GHz wireless testing. Here, I was able to dial in 406 Mbps peak while the lower two bands came in at 291 Mbps and 170 Mbps, respectively. With MU-MIMO testing, both the 2.4GHz and 5GHz bands performed as expected, with the 2.4GHz band producing 21 Mbps across all three devices, while the 5GHz band allowed 100 Mbps across all three.

In closing, the Netgear Nighthawk X4S is ahead of the curve, and while we can't fully take advantage of everything this router brings to the table right now, as fast as the market is moving, you never know what the next innovation will bring to the consumer market.

The Bottom Line: Netgear's X4S is as far ahead of the curve as a router can get at this point. With 160MHz technology being the next full step ahead for large performance increases, this router is ready to handle whatever you throw at it.