SilverStone may not be as well known for their storage devices as they are for their chassis and power supplies, but as the storage market begins to explode, they are aiming to change this with their Teratrend professional storage brand. Teratrend was brought life just a few years ago and since then, have released a number of two and four bay enclosures. Enclosures that take the pain of setting up a complicated NAS appliance away, and replace it with something that is straight forward and easy to use.

The TowerStor TS231U is a dual bay external enclosure featuring USB 3.0 and eSATA connectivity. This simple yet elegant enclosure supports up to 4TB hard drives in RAID 0, 1 and JBOD. All of this is controlled with the flick of a switch, giving end-users more time to do the things they love, rather than waiting for an array to sync up on an expensive NAS.

Compatibility of the TS231U follows the industry standard Windows XP, Vista, 7 scheme along with Mac OS X and Linux Kernel 2.6.3+. 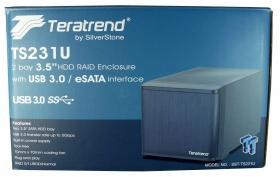 The TS231U arrived in an elegant blue box with a photo of the enclosure to the right. The branding on the box pronounces the Teratrend name very proudly, but they also haven't let you forget this is still a SilverStone product. Features listed across the packaging include USB 3.0, built-in power supply along with tool-free drive bay and of course its RAID functionality. 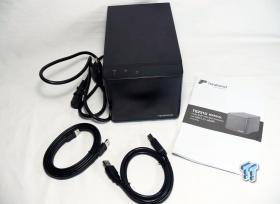 Opening up the packaging we were pleased to see that the TS231U had a full complement of cables to connect the enclosure to the PC. They also included a well written user manual in several languages. 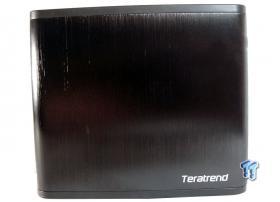 Looking at the front of the enclosure you can see that there was no cutting corners here. While also adding a bit of durability, the brushed aluminium front panel also adds elegance to the enclosure, giving it the professional appeal. 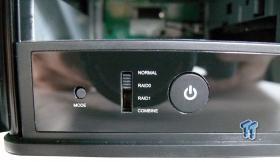 Opening the front panel up you will find the RAID switch and power button located at the bottom of the enclosure. While this is a great feature and one of the best implementations I have seen personally, I still find the switch to be recessed a bit too much. So, unless you're going for the world record for longest finger nails, you will need a small screw driver to move the switch into the position you want. 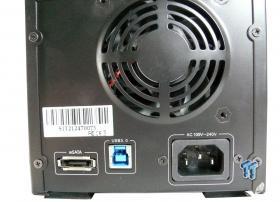 Moving on to the back of the enclosure we find that everything is laid out in a professional manner. None of the ports block each other and are all easily accessible. From left to right you will find the eSATA port while the USB 3.0 and power follow close behind. Up top Teratrend has included a very pleasing 70mm fan, which is a big upgrade on these small enclosures. 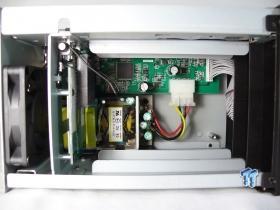 Opening up the enclosure we found everything inside neat and tidy as well. The power supply has its own corner of the chassis, while the main PCB tucks away safely into its own space. 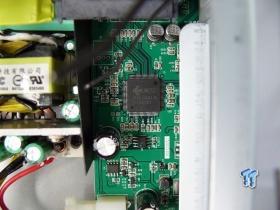 Digging in closer I found the enclosure used the highly popular JMB352 SATA II to USB2.0/eSATA bridge controller. So what then controls the USB 3.0? 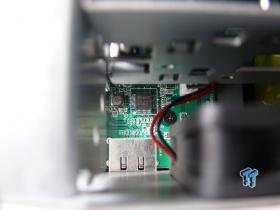 Tucked away in the corner I found yet another bridge chip, the JMS539. The JMS539 functions as the SATA II to USB 3.0 controller, but only supports the BOT (Bulk Only Transport) specification, instead of the more efficient UASP. 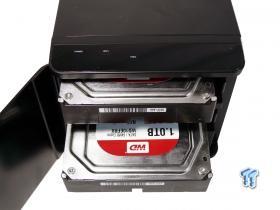 The second is DiskBench, a real-world file benchmark that uses the drives file system to read and write data. In this test we copy a 10GB directory consisting of audio, video, documents and pictures to the enclosure. Each enclosure is connected via USB 3.0 to our native ports on the Z77 chipset. The drives used in testing are a pair of Western Digital Red 1TB hard drives, and for testing the enclosures maximum speed, a pair of Corsair Neutron 256GB SSDs. 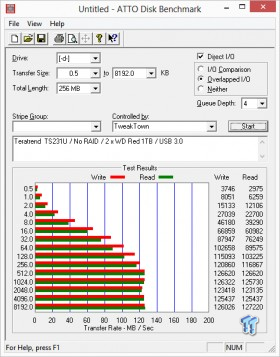 In a non-RAID situation the TS231U was rather impressive, in fact we nearly maxed out our WD Red drives at 127MB/s read and 126MB/s write. 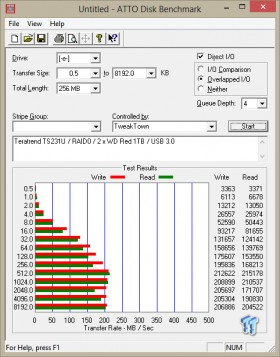 RAID 0 was notable as well, but I would have liked to see just a bit more performance here. We did however manage 215MB/s read and 212MB/s write. 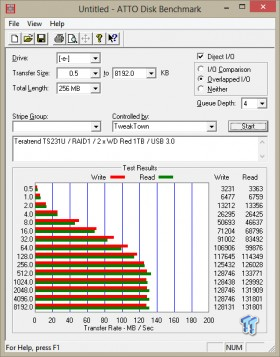 Setting up our drives in RAID 1, we actually gained a small bit of performance over the single drive configuration. At 133MB/s read and 128MB/s write I'm a bit absorbed with the performance as it also comes with data redundancy. 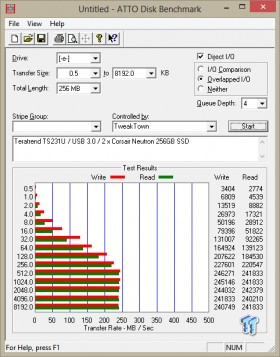 To see what this enclosure was truly capable of we tossed our Corsair Neutron's in and had a go with RAID 0. As you can see looking over the results, the enclosure was nearly touching 250MB/s in both read and write. While this doesn't necessarily stress the USB 3.0 bus, it does offer a major performance increase over USB 2.0. 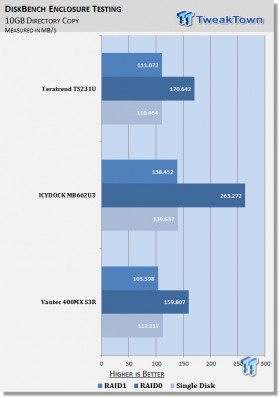 In our real world testing we found the TS231U to be a solid enclosure. Albeit not the fastest we have seen, but still very respectable. Shaded in the dark blue above, the RAID 0 copy test showed the unit transferred 10GB of data, and keep in mind this is everyday user data, at 170MB/s. The enclosure followed this up closely with RAID 1 and single drive both showing around 110MB/s.

The Teratrend by SilverStone TS231U is a solid enclosure that carries all the elegance a true professional would want. The brushed aluminium face compliments the build quality, while the size of the enclosure invites it into your office. The tool-less drive bays are yet another compliment to the enclosure making installation and swapping drives as pain free as possible.

Performance of the enclosure was solid as well. In our testing we found the TS231U putting the hammer to our WD Red drives, pushing out 170MB/s in RAID0. While all this performance is wonderful, this is perhaps the only place where I have found a corner that was cut. While the JMicron JMS539 is great controller, offers tons of compatibility, it simply doesn't support the latest transfer specification that is UASP.

On to pricing, where we found the TS231U at quite a few online retailers for $129.99. Looking around at other enclosures near and around this range it's rather simple to come to the conclusion that the Teratrend TS231U is one to put on the shortlist. 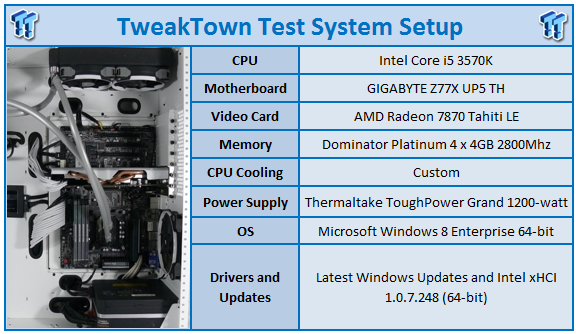