So the P67 chipset has hit a bit of a snag when it comes to this controller issue with possible degrading performance and loss of data on the SATA 2.0 ports over time. While it's a pain, you have to applaud Intel for coming out and attacking the issue head on. They've moved quickly and swiftly and most these issues should be sorted in the coming weeks.

What it's done, though, is probably slow down the sales of P67 boards for a few weeks. For us that's a good thing considering the amount of RAM we've got ready to test. By the time you're all ready to buy a new P67 based motherboard, you'll know exactly what kit to buy. 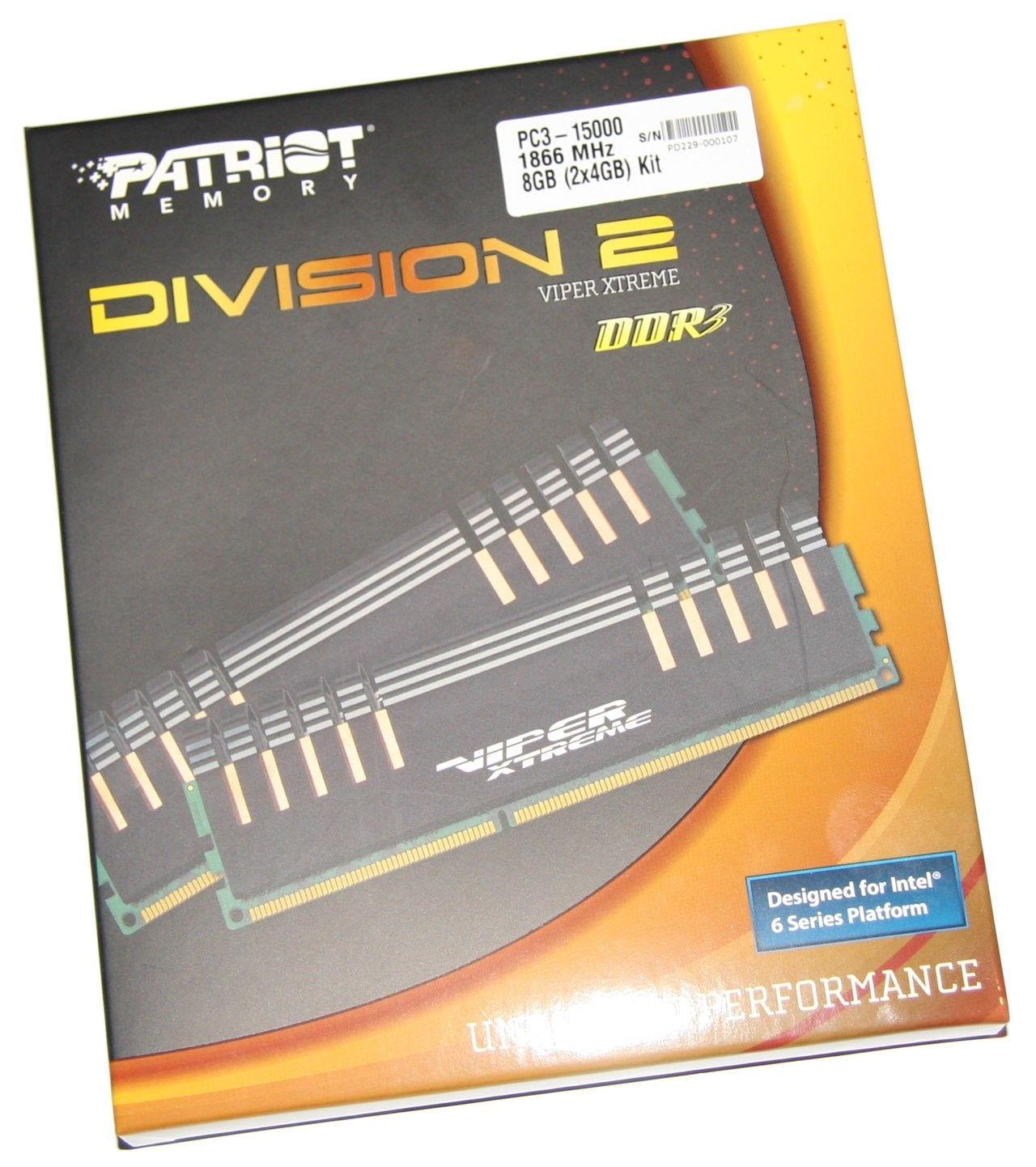 This time it's Patriots turn to get in the lime light with the Viper Extreme Series Division 2 kit. Yes, it's got quite the name. First up, we've got the package which while being nicely designed, doesn't contain much more than the two modules which comes as no surprise. 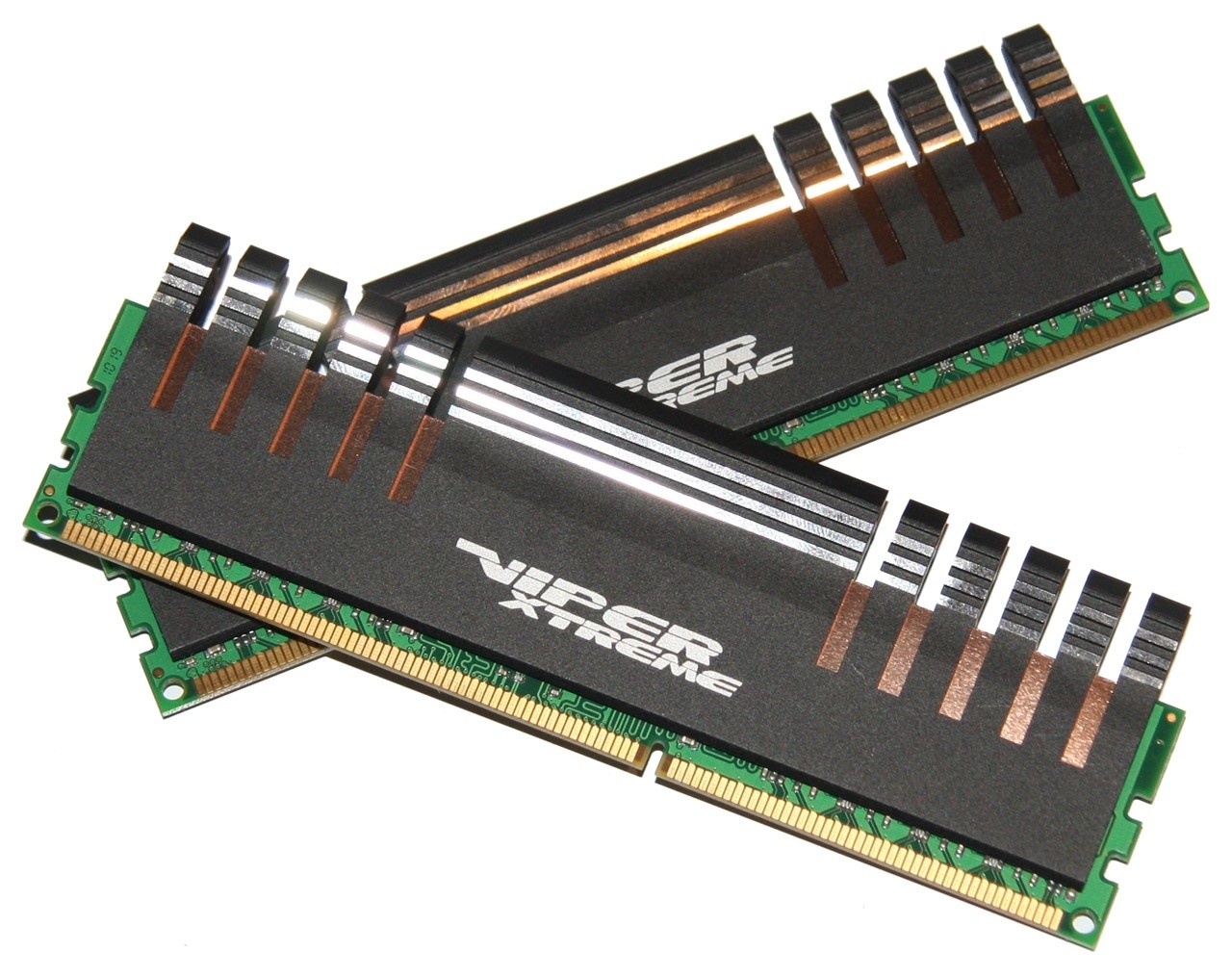 What we're dealing with today is an 8GB kit which consists of two 4GB modules that come in at PC3-15000 or 1866MHz DDR. The timings come in a little more relaxed at 9-11-9-27-1T @ 1.65v, not bad timings, but a little looser than the last kit we looked at which was higher clocked. The reason for this, though, is because we're dealing with higher density 4GB modules instead of 2GB ones. 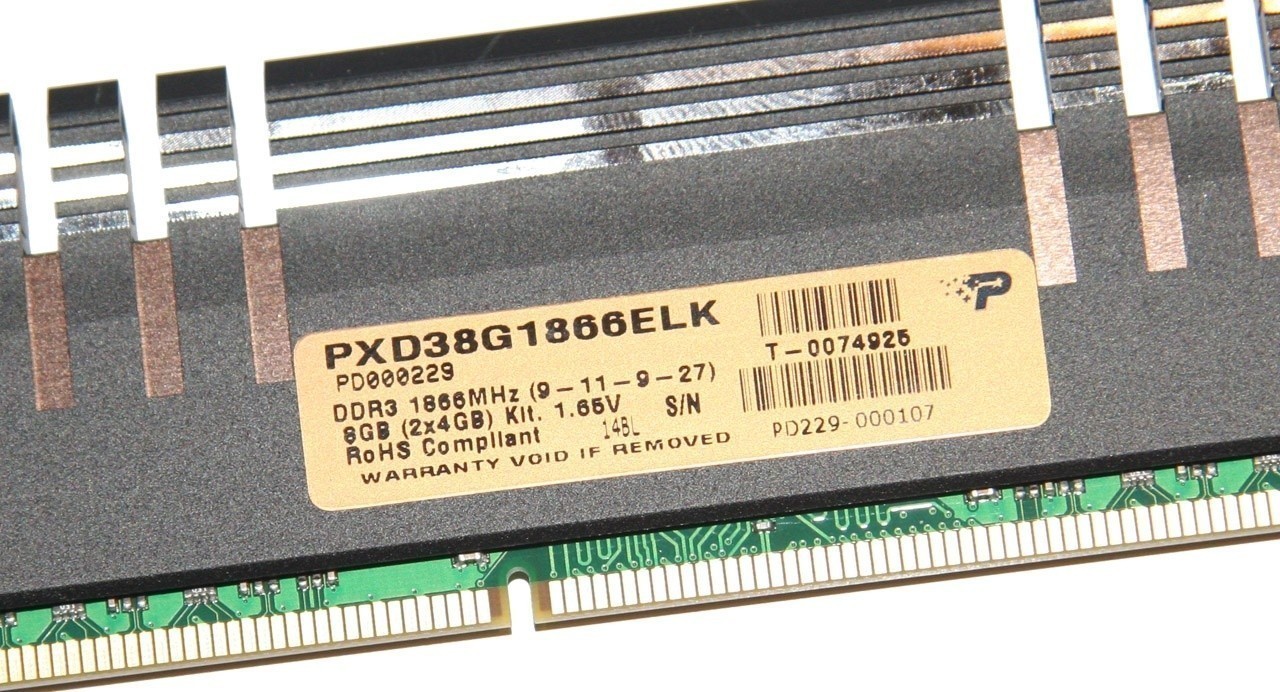 Because of the issues we'd been having with the XMP profiles lately, I figured we'd just set the timings manually after setting 1866MHz DDR and as we expected, the modules fired up and got straight into Windows. You can see that CPU-Z validation here.. Now that we were up and running, it was time to check out the performance of the kit. 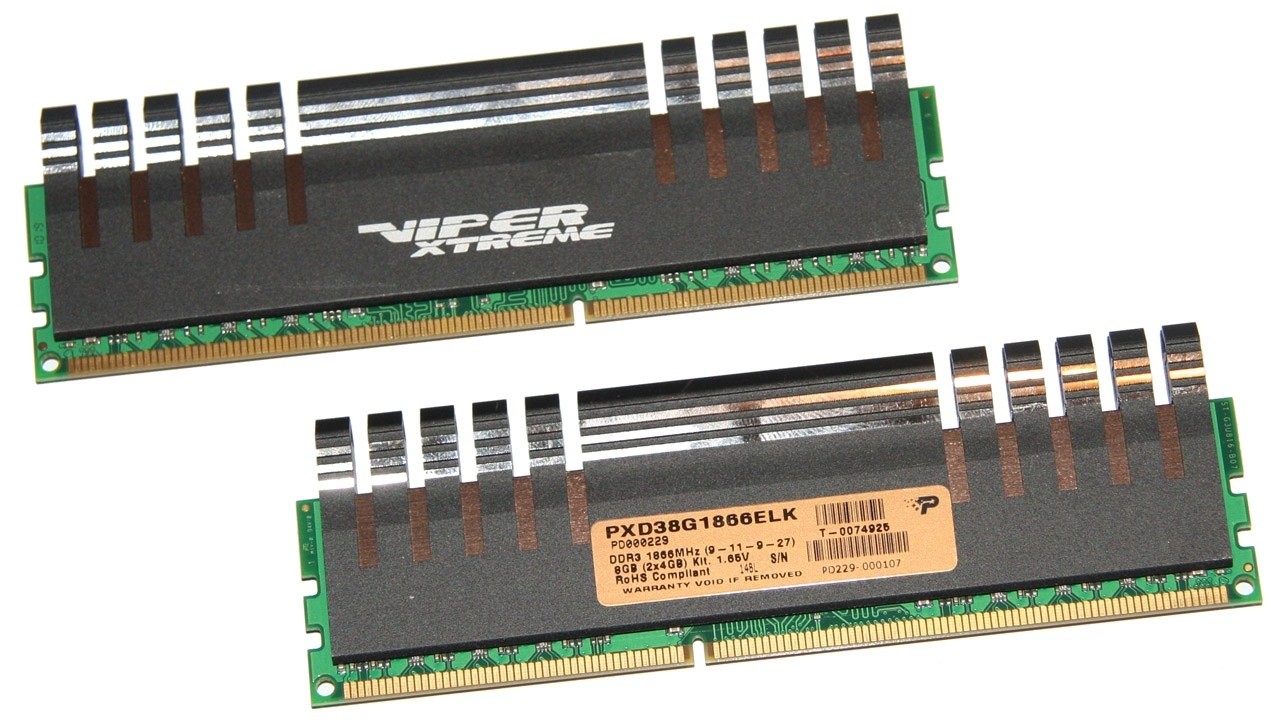 Looking at the numbers, they're not the highest we've seen, but they do line up with what we would expect from a kit of this speed. They're not going to be as fast as 2133MHz DDR modules for the simple fact being they're only 1866MHz DDR.

Back in the BIOS I took a leap of faith and changed the divider to 2133MHz DDR. It came as no surprise that the kit wouldn't boot up, so we went back to 1866MHz and pushed the BCLK up 3MHz.

That worked like a treat leaving the settings at the same speed and we got into Windows at 1923MHz DDR, as you can see here.. It was then time to fire up our benchmarks again to see what kind of performance we got. 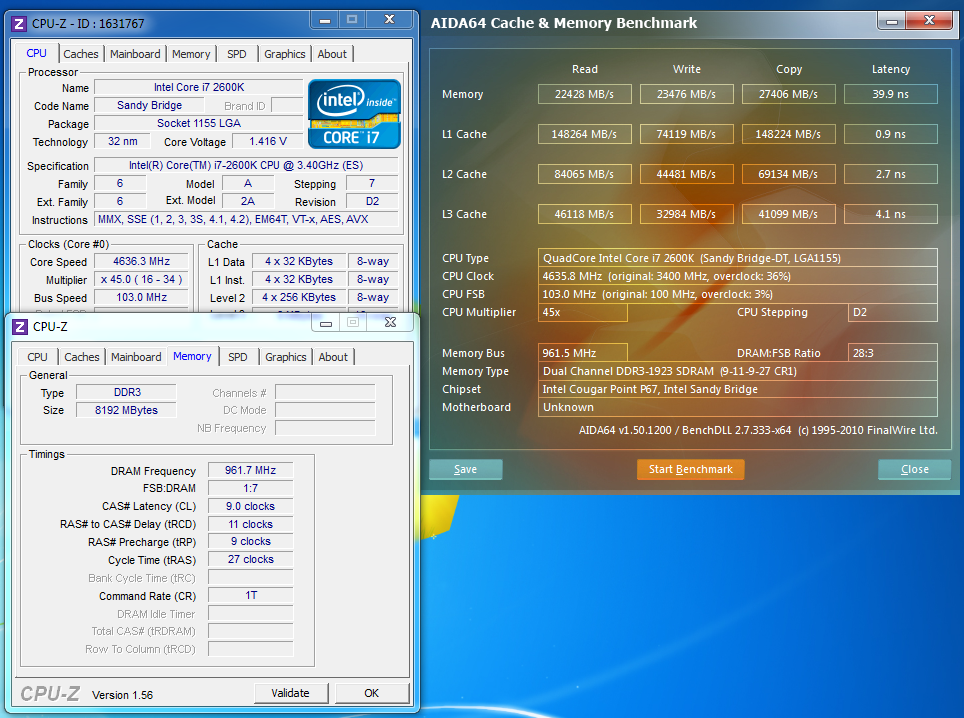 It's not a huge boost, but you can clearly see there's an extra couple of MB/s on offer. Since we were up and running with no dramas at 103 BCLK, I thought I'd get back into the BIOS and push our multiplier back to 45 and just have a quick look at performance under AIDA64.

Overall, the Patriot Viper Xtreme Division 2 while being a bit long to type out too often, is a really nice memory kit. Sure, it's a little slower than the higher clocked ones, but in real world environments the extra 4GB of memory on offer will be appreciated.

Outside of the performance, though, the one real stand out point on the modules would have to be the heatsink. No, it doesn't look too crazy or anything like that; instead it's the quality. The Viper Xtreme heatsink is amazing and feels so sturdy. I've been using the 12GB kit on my X58 board for a few weeks now and it's just a fantastic feeling kit.

Priced at $139.99, it's actually sitting at around the same price as 2133MHz DDR kits. Of course, those kits are only 4GB. For most, dollar for dollar, the 8GB kit would be a better buy as it will bring with it more performance in real world applications thanks to the extra RAM on tap. Either way, though, you're getting a great kit of RAM for a great price.