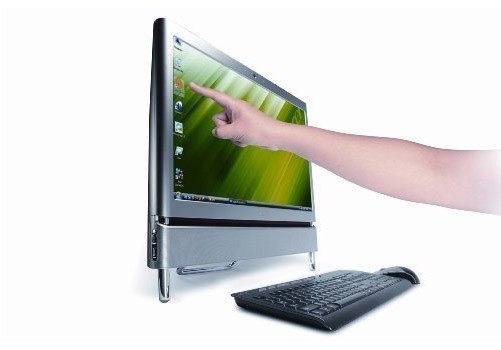 The desktop PC market isn't dead, it has just moved to different types of machines for the most part. The desktop computer of today is often literally a desktop. With the all-in-one machines like the Acer Aspire AZ5700-U2112 I am looking at today, all of the hardware for the PC is inside the screen.

The upside to using an AIO machine is that you have more space on and around your desk. Many of the current crop of AIO machines are becoming just as powerful as the desktop machines that have a separate tower that sits beside the desk.

The Acer AZ5700 I am checking out today isn't on the Acer US website at the time of this review. The machine is readily available online, though, on Newegg.com and Amazon. The machine sells for $1009.99 on Newegg. Check out the full specifications of the machine below. 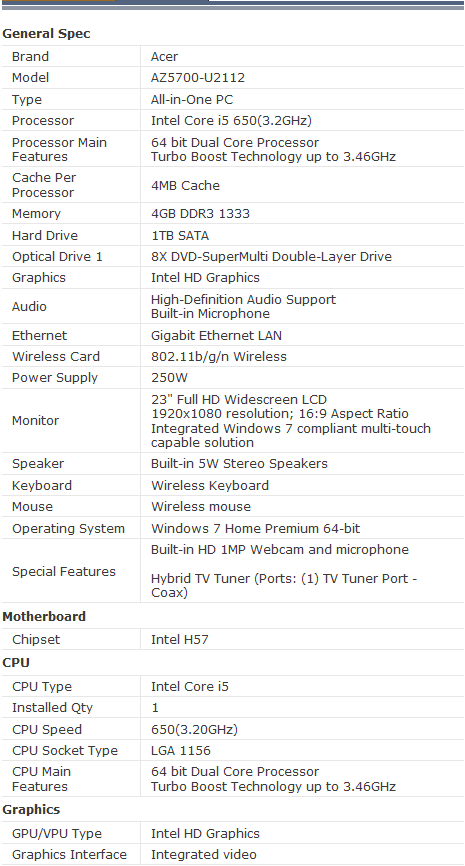 Here you can see the big 23-inch touchscreen and the pair of USB ports on the left side of the Acer AZ5700-U2112 along with the wireless mouse and keyboard.

The front of the Acer AZ5700-U2112 is silver and the black line you see is actually recessed, not just a line. What you can't see on this picture is that the top right corner of the AIO has the power button.

The back of the Acer AZ5700-U2112 is very nice looking. In fact, the backside is so nice looking it's a shame to hide it. All of the connectivity is on the rear of the machine with four USB ports, Ethernet, power, HDMI output, coax input, eSATA, and a plug for an IR blaster. 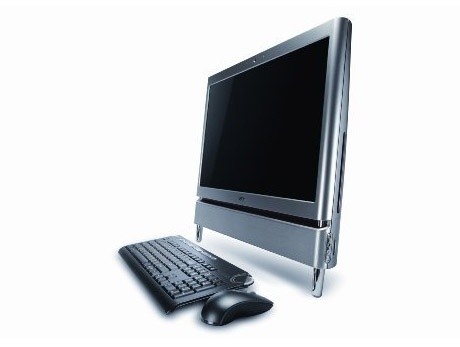 The right side of the Acer AZ5700-U2112 is where you find the slot loading optical drive, the memory card reader, and front ports for mic and headphones. 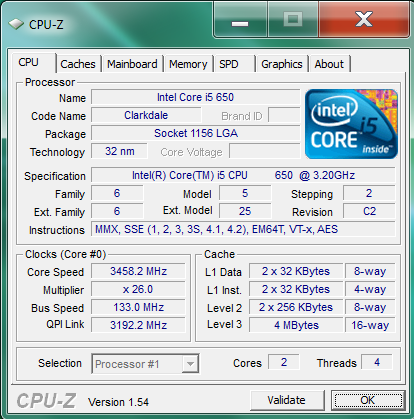 The Acer AZ5700-U2112 will be run through the standard AIO test regime here at TweakTown. This includes iTunes Encoding and Media Transcoding. 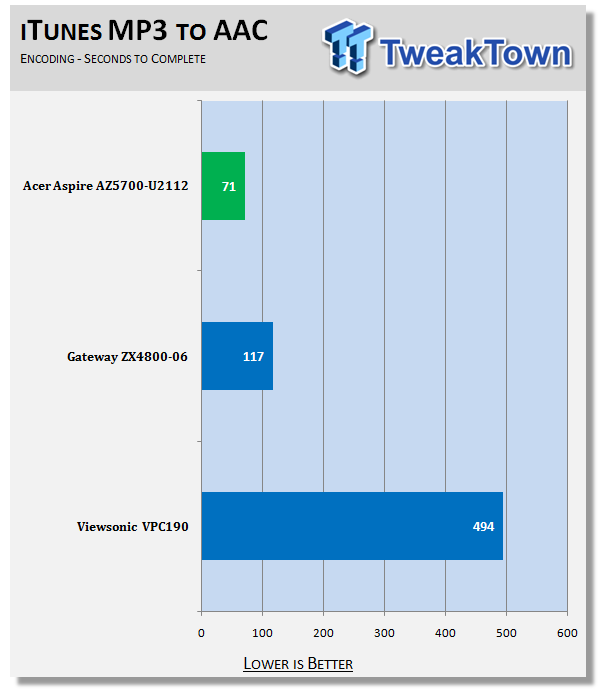 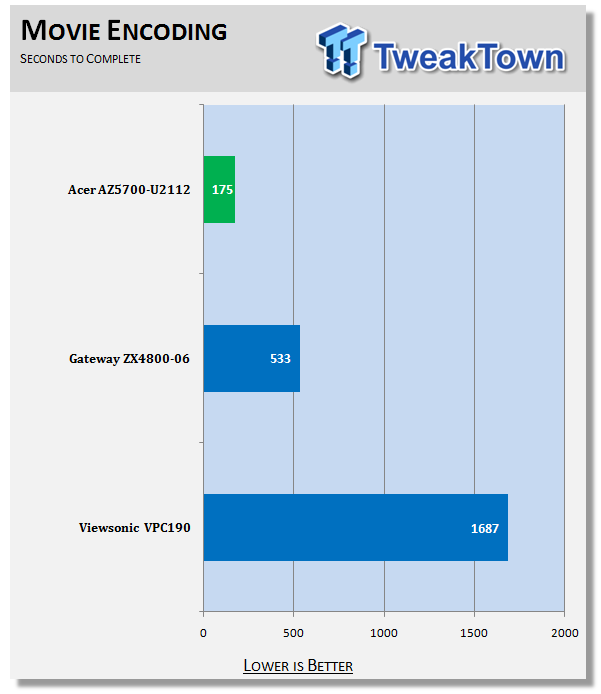 Hands on Use and Final Thoughts

The Acer AZ5700-U2112 AIO absolutely destroyed all other AIOs I have used in the benchmark section of this review, making it the best performing AIO to come across my desk. Once all those tests were done, I used the Acer AZ5700-U2112 to do some plain old computer work.

I really like the big, bright screen of the machine. It has very good resolution and enough screen space to get a pair of documents open on the screen at once. That big screen is glossy and throws a lot of glare. It is also touch capable so it picks up a fair number of fingerprints and smudges.

I mentioned the screen already to some extent. What I didn't say was that despite the glare it produces, the colors are excellent. The screen has good black levels and fast motion doesn't make the image look choppy. Streaming content from Hulu is a snap and the video plays smoothly without any hiccups in windowed or full screen modes. The Acer AZ5700-U2112 is a fantastic multimedia machine. The onboard sound system has no bass to speak of, but it offers plenty of volume. You can hear it across a medium or small room without straining or missing what is being said.

I can forgive the lack of a Blu-ray drive leaving the only quibble I can really find for the Acer AZ5700-U2112 being the fact that one of the few USB ports the machine has is taken with the USB dongle for the included wireless mouse and keyboard. The touchscreen is fantastic and the GPU inside the machine is up to streaming content without any issues.