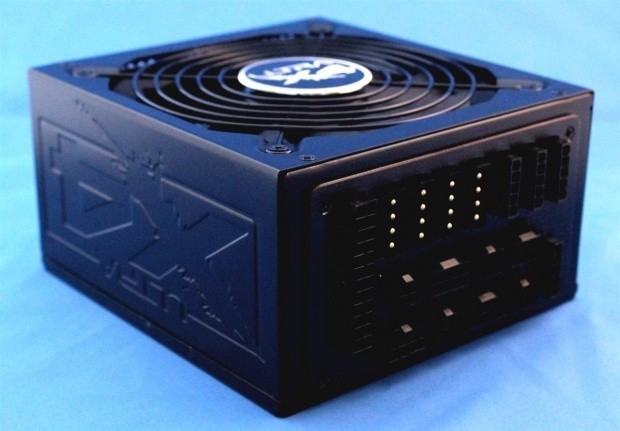 
If you took the time to read my first review of the Ultra X4 1600 Watt PSU back in February, then you may've walked (or clicked) away being impressed by the features, accessories and overall usability of the unit itself. The only problem is, you don't have three high-end video cards in SLi, let alone the monumental case real-estate required to house such equipment. You may not require an entire power station to run your computer and Ultra knows this. As such, they introduced the Ultra X4 850 Watt Modular PSU into their line-up which is what we're looking at today.

As you may have gathered, this unit is physically smaller (147mm x152mm x 89mm), allowing it to fit in any ATX case. The lower wattage also means less power consumption and cooler running temperature. The patented modular design allows for less clutter, better airflow and the ability to adapt to changing hardware. Right off the bat, this is shaping up to be a great product. But will it live up to the hype with its performance?

We're all after the numbers here, but we'll cover all bases and start with the specifications first up.

With that said, $200 seems a bit pricey and compared to its competition, it is. But in most cases you get what you pay for and this power supply is no exception. 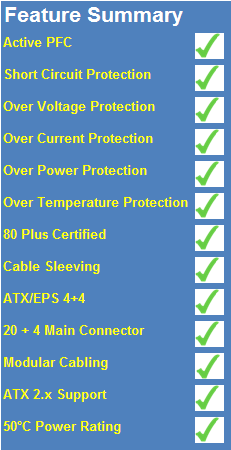 With your hard earned money, Ultra intends to provide you with a product that will not only last, but protect your overall investment in your PC. The first feature to do this is short circuit protection; the second being thermal overload. These features in conjunction with a UPS are a great defense from dirty power.

This particular unit has received the 80 Plus Silver certification with claimed efficiency rates as follows: 85.58% efficiency @ 20% load; 89.10% efficiency @ 50% load and 86.51% efficiency @ 100% load. It had almost reached the Gold certification, even. So although it isn't perfect with overall efficiency, it does a good job of being close to it. We'll see how our review unit fares in the tests.

As with its big brother, the X4 1600w, installation is quick and easy due to its modular design and included accessories. The X4 is designed to reduce noise. It features a 135mm dual bearing-cooling fan providing increased airflow for longer life. It also includes a silicone chassis bracket intended to reduce vibration noise. The X4 series features a lifetime warranty. 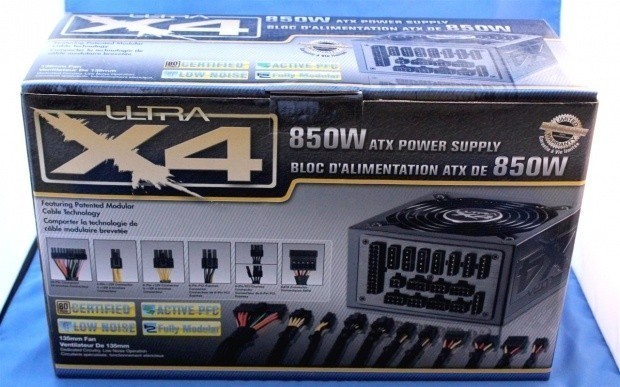 The packaging for this PSU is no different from the X4 1600w, which isn't a bad thing. It does a great job showcasing each feature, as well as plainly displaying images of the product from a few different angles so you know exactly what you're getting. I was just as excited about opening this one up as I was for the X4 1600w.

On the box you will see detailed images of the product itself, including all of the available connections for a quick reference, which is a smart move, in my opinion. You will also see an overview of the short circuit and thermal overload cutoff features that were mentioned earlier, and the 80 Plus Silver badging that this unit has earned. 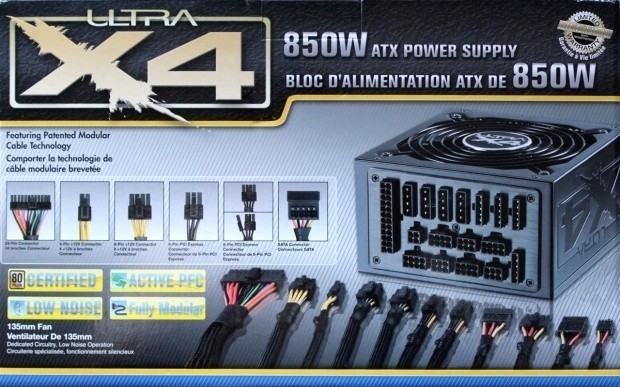 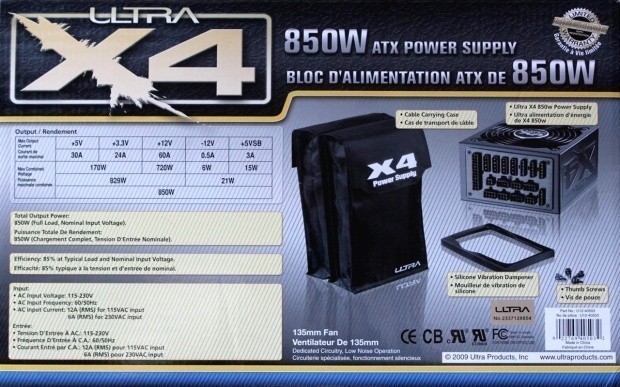 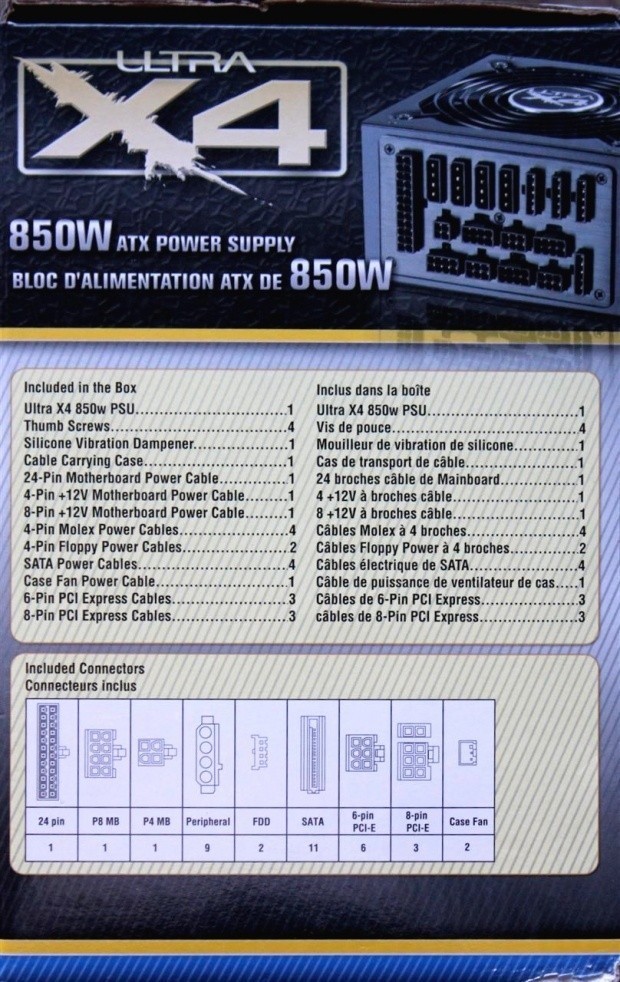 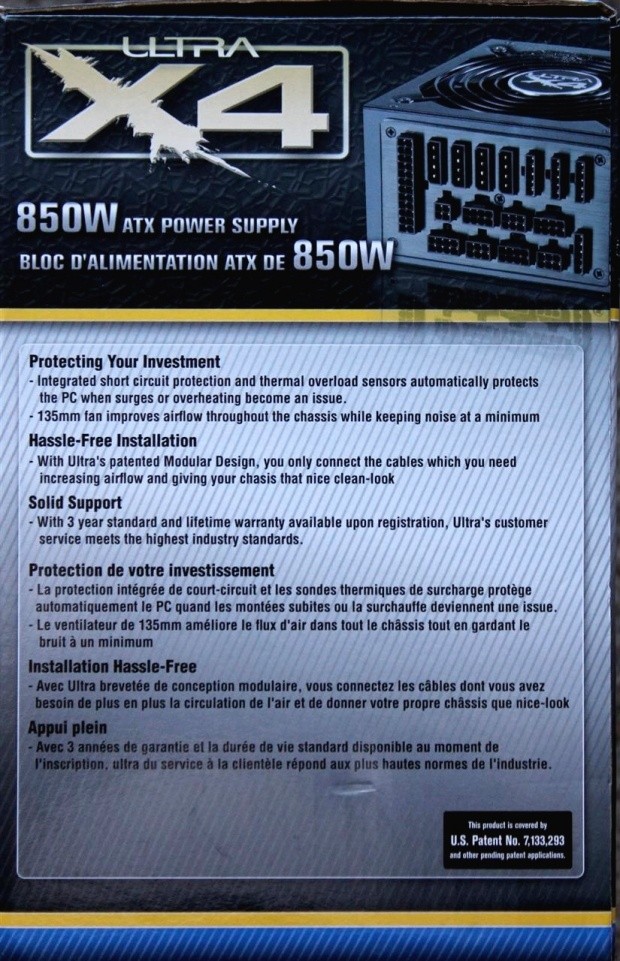 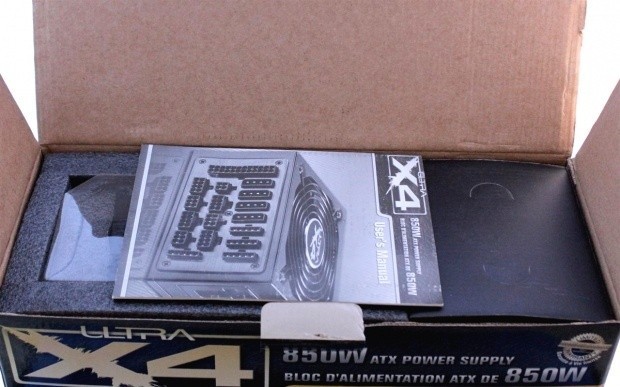 Opening up the top of the box, the first thing your eyes will meet is the manual and registration card. As you quickly cast those black and white printed pieces aside, you will meet the rubber vibration dampener and a small bag of screws nestled in a foam top designed to isolate the PSU from shock.

Pulling that foam piece out will reveal the PSU itself, in it's black and modular goodness. Sitting right next to that you will see a black box which, upon further inspection, houses a black carry bag full of all kinds of cables. 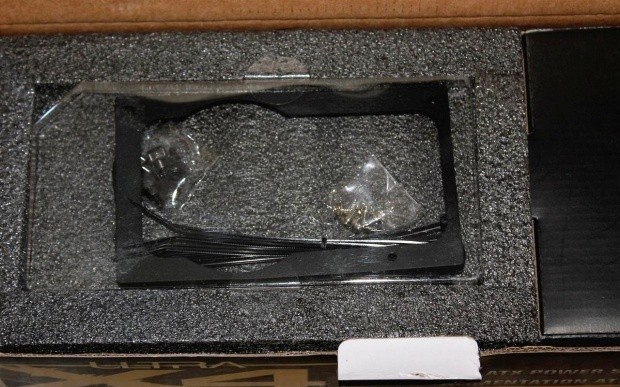 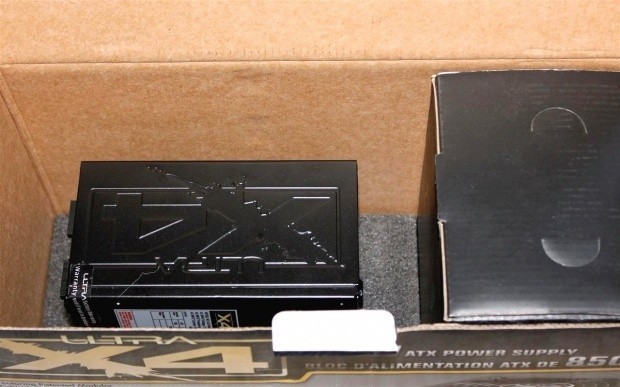 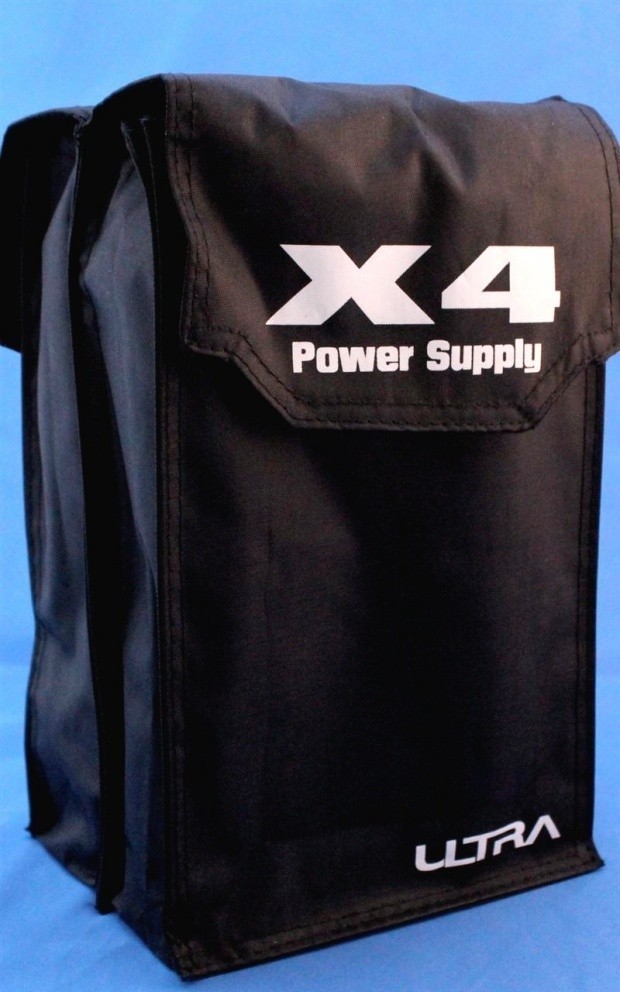 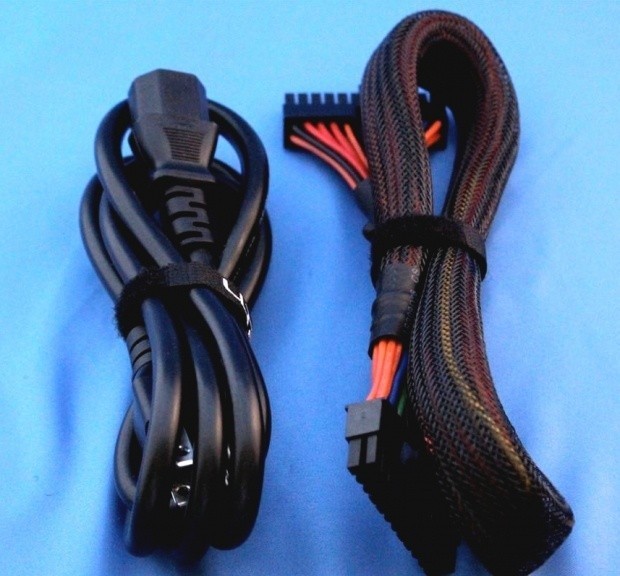 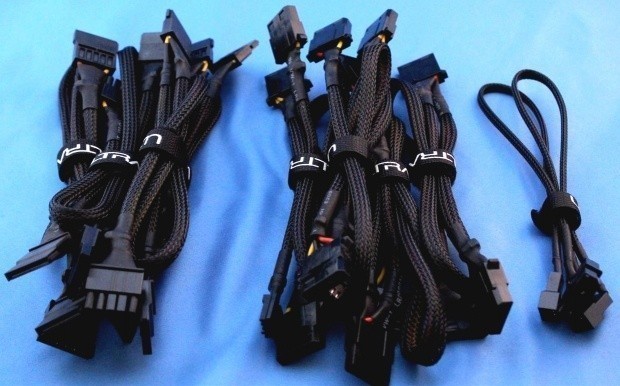 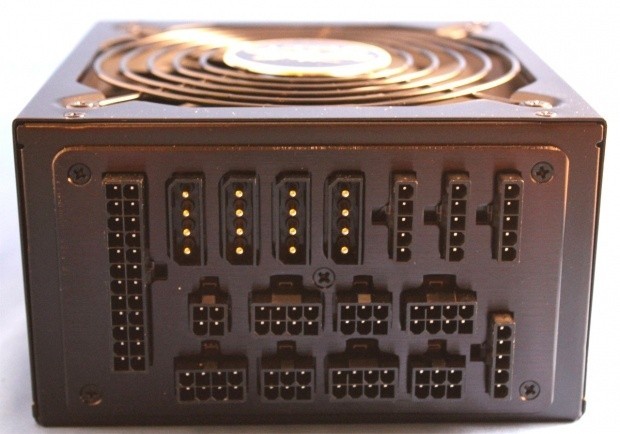 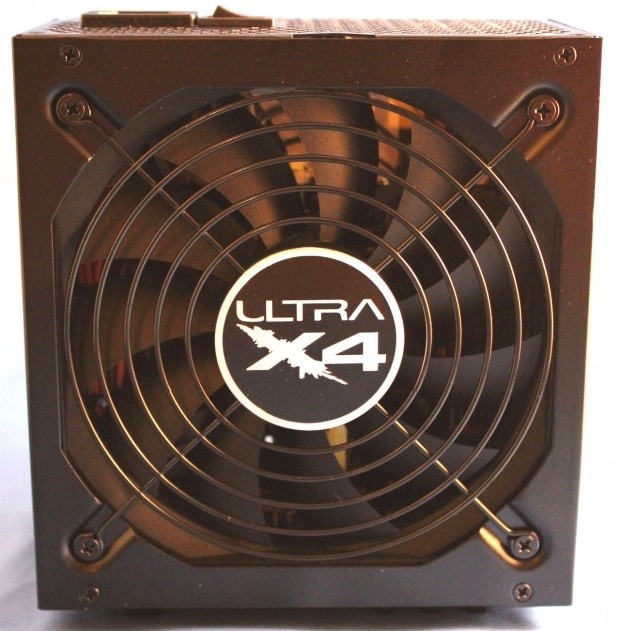 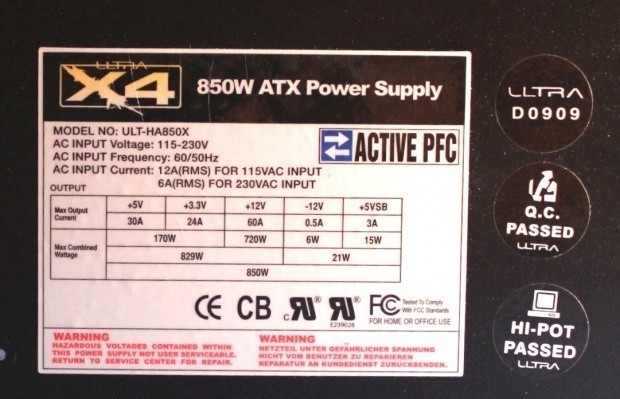 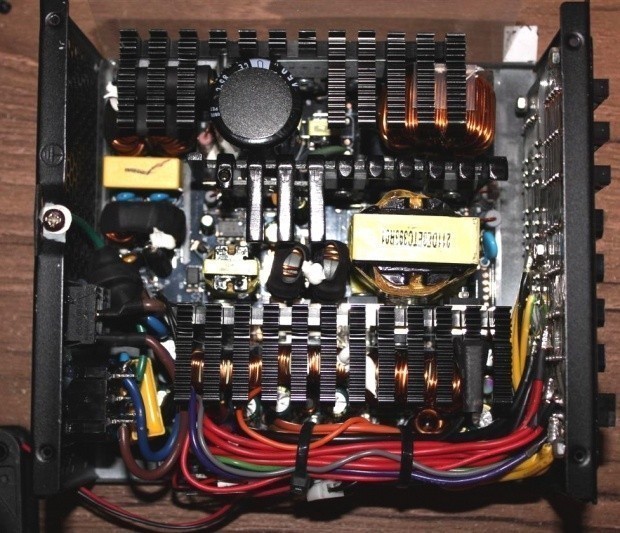 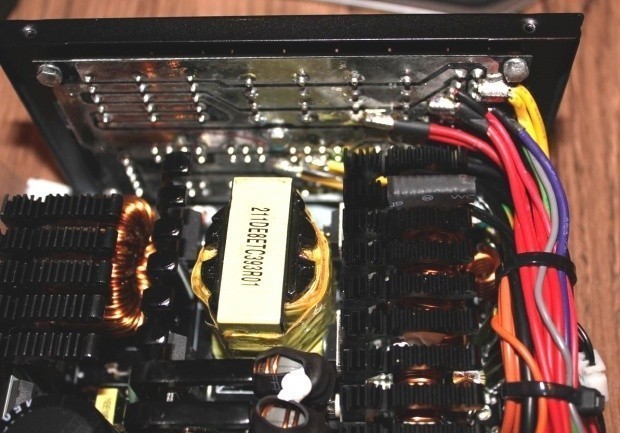 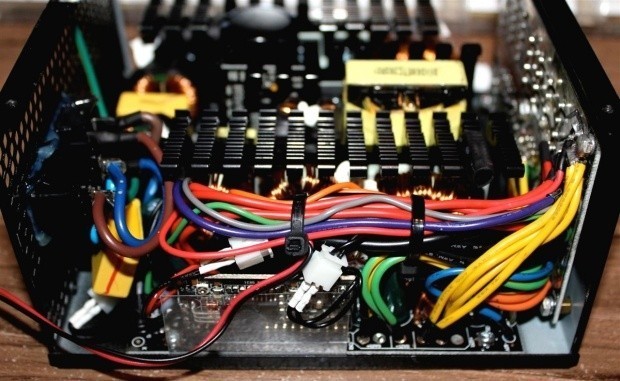 The tests being performed are based around six conceivable setups that are out there:-

- Test 1 is based around a "standard gaming system that would place a load of about 20%.
- Test 2 is delving into an entry-level sli setup, pulling about 50%.
- Test 3 starts going into an enthusiast's sli or crossfire setup, drawing a 65% load.
- Test 4 is for an SLi/Crossfire setup with high-end cards incl. 3-way arrangements pulling 100%.
- Test 5 takes the configuration for test four, but adds over clocking.
- Test 6 utilizes the maximum capacity of the testing equipment or the PSU; whichever is higher. 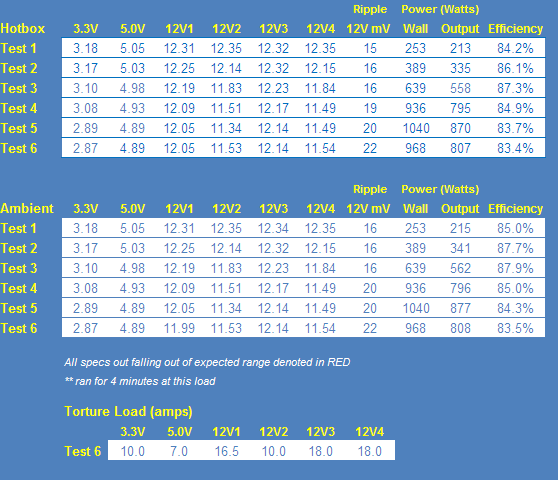 From my tests, this particular unit did achieve the efficiency being advertised. Unlike its larger, more powerful sibling, it evenly meets and in some cases nearly surpasses the Silver certification. Although it's important to keep in mind that different systems will yield different results, it's impressive to know that our unit had the efficiency to back the certification.

I like this unit. With that in mind, though, I wonder exactly what you're paying for with this. Is this a power supply that will add to the value and efficiency of your PC? Or is it one of those products that comes around shouting at you about all of its features in an attempt to justify the price?

On the bright side, the overall consideration with the design is fantastic. The modular design is stellar and it's a shame it hasn't always been standard procedure. The vibration dampener and accessory bag is a nice touch, as well.

If you want a solid, handsome PSU from a reputable company that can compliment any setup, then this may do the trick for those with a higher budget. But don't forget to shop around first.