Out of the Corsair gaming headsets I have reviewed so far, the Corsair Virtuoso RGB Wireless XT is by far the most expensive one on the list, with an MSRP of $269. 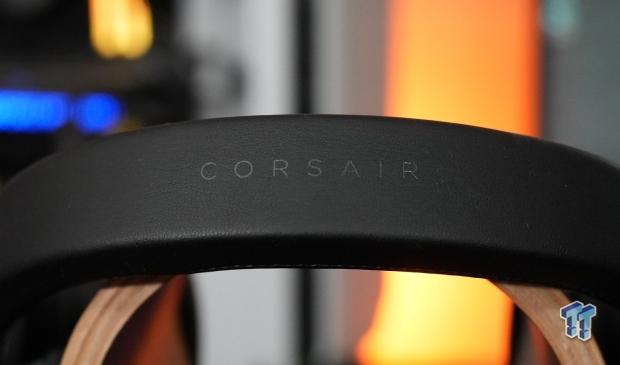 The Corsair Virtuoso RGB Wireless XT features all of the bells and whistles you would expect out of a gaming headset with such a hefty price tag. Corsair touts a comfortable design that is combined with long-lasting battery life, versatility, and sleek aesthetic design. Also on the list of main features is the RBG that can be customized through Corsair's iCUE software, as well as the ability to connect to both a PC and a Bluetooth device at the same time.

Judging by the price and the list of features of the Corsair Virtuoso RGB Wireless, the dual-connectivity combined with the modern connectivity support included in the box, Corsair is aiming for a headset that can do-it-all. But is all these bells and whistles worth the hefty price tag of $199? (At the timing of writing this review.) 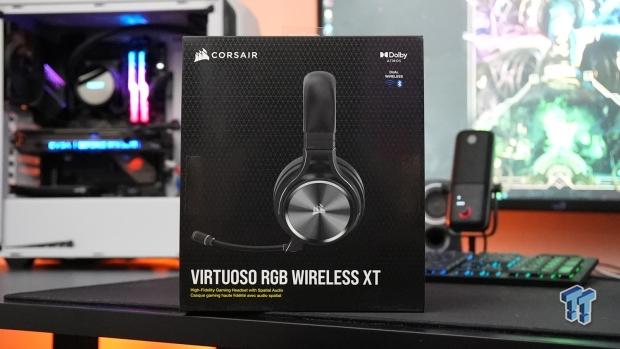 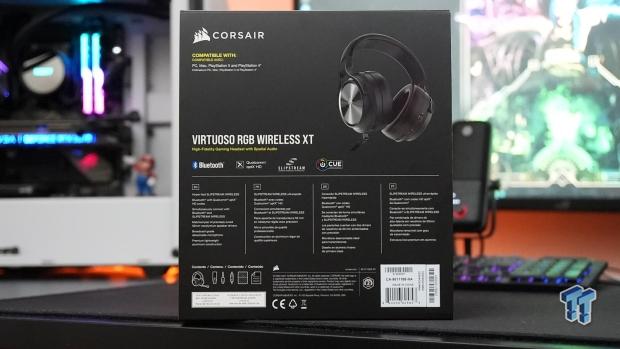 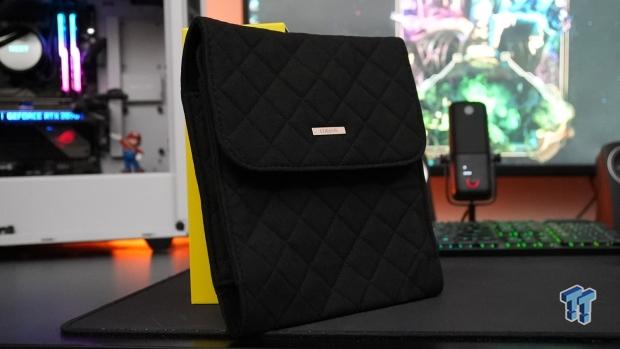 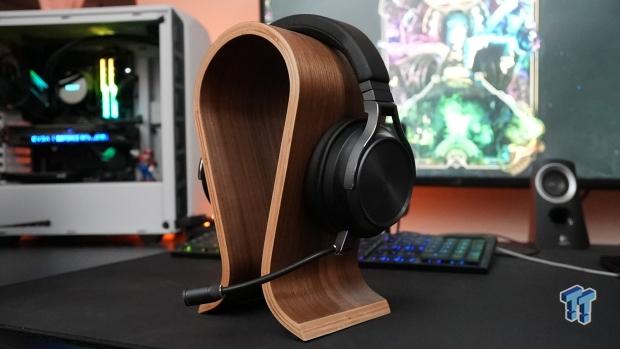 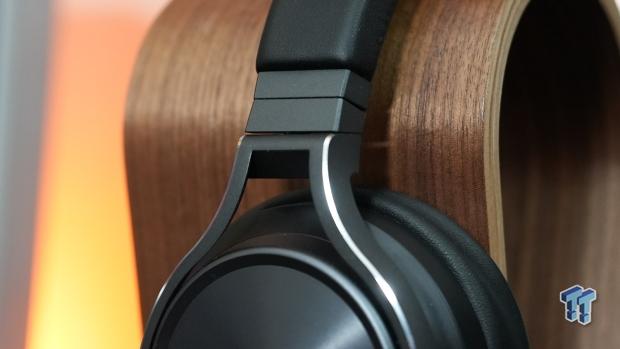 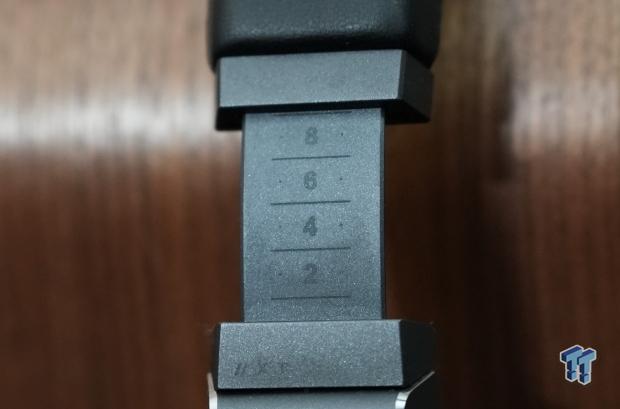 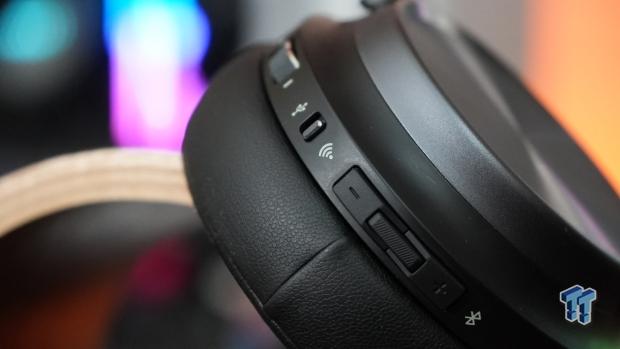 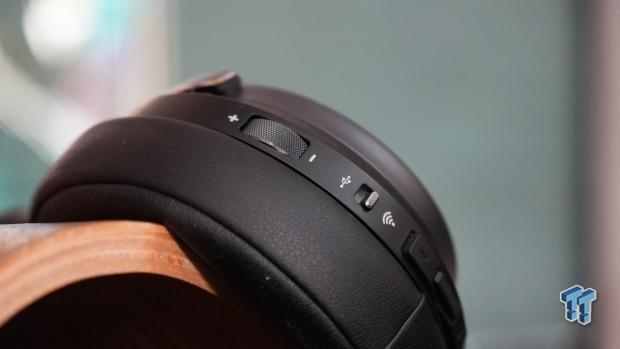 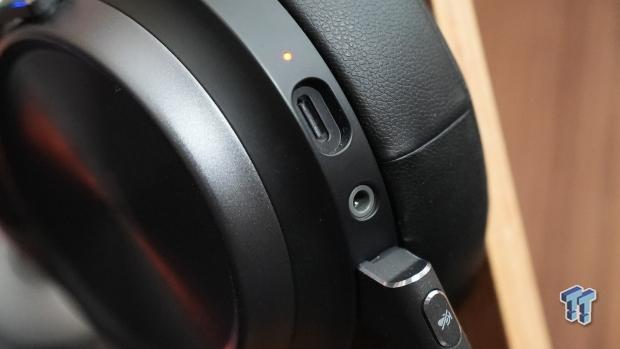 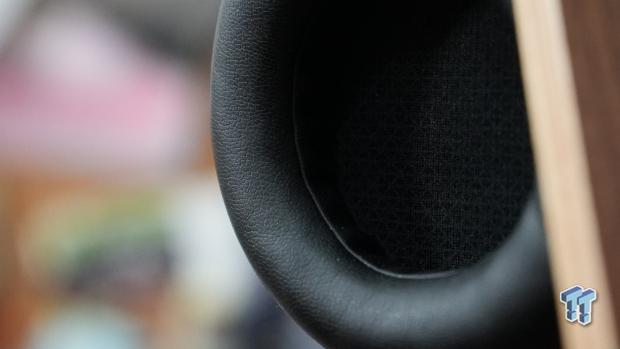 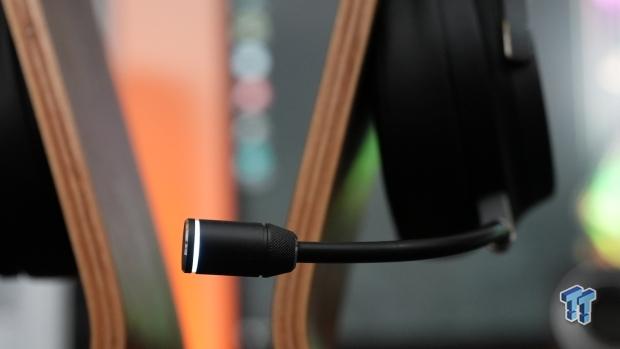 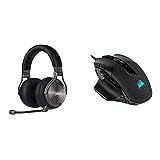 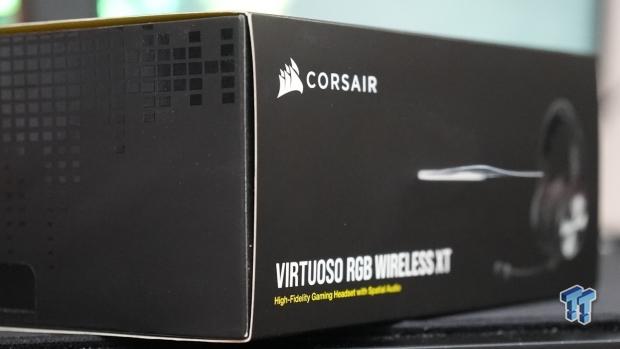 Overall, the sleek aluminum finish paired with the leatherette material and simple functionality layout found at the base of both the right and left earcup make for a very high-end-looking headset. The right earcup features a three-button setup with Bluetooth pairing and volume controls that can also skip music. Moving up the earcup is the wired/wireless mode switch that also works as an off switch when using wireless and switching to wired. However, this isn't necessary as in wireless mode. The headset automatically switches off if no audio is played through it for 10 minutes. This feature can be customized in Corsair's iCUE settings. 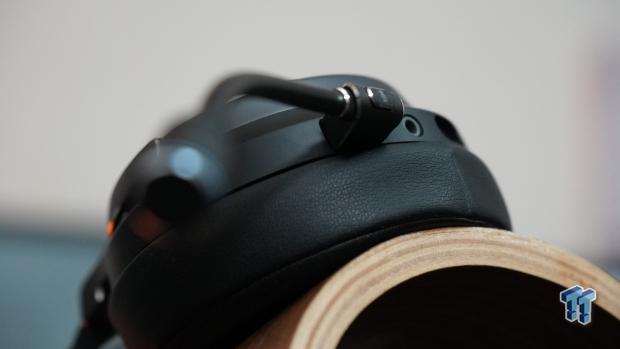 After connecting the Virtuoso RGB Wireless XT to my PC via the USB dongle and then connecting my phone via Bluetooth, I quickly realized Corsair's intentions for the layout of the headset. In particular, I began to appreciate the design choice to go with large and bulky volume buttons for the Bluetooth audio input as it can be a pain to find a small "pause", or "mute" button when you are walking around and need to do it quickly.

While I did appreciate the ability to hear both my PC and phone, I found that after testing, my battery life was significantly reduced if I was using the simultaneous connection feature. I figured I was getting around 18-20 hours of battery life without connecting to both my PC and phone, and when I was running the simultaneous connection, the headset would only provide 13-15 hours of battery. A significant price to pay for a dual connection feature.

To really get your money's worth with the Virtuoso RGB Wireless XT, I would recommend downloading the Corsair iCUE software. Within this software, you can customize the look of your headset's RGB lights, outputted sound, microphone sensitivity, and much more. 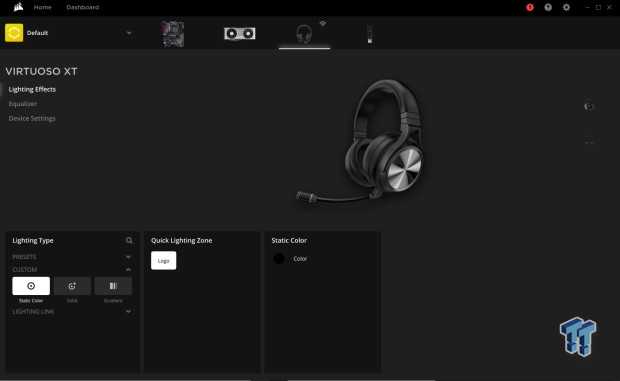 After downloading the iCUE software and updating it to its most recent version (if it isn't already), the software will look like this. After clicking on Virtuoso RGB Wireless XT, there are three options for customization on the left-hand side of the client; Lighting Effects, Equalizer, Device Settings. Within lighting settings, users can change the lighting type and color. 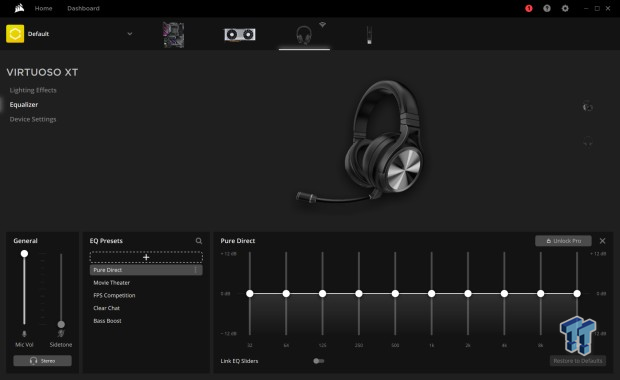 The "Equalizer" option allows users to add their own EQ presets by either customizing the ones that are already there, or simply adding their own custom profile. Throughout my testing experience, I found the Pure Direct EQ preset to give the most balanced listening experience out of the stock presets. 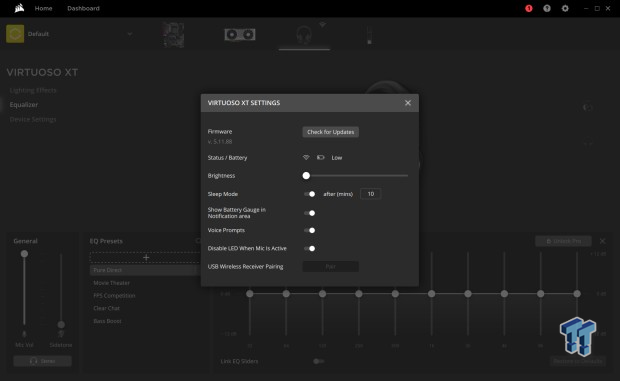 Lastly is the Virtuoso XT Settings, and within this option, users can check for firmware updates, reduce RGB brightness, customize the time before the headset automatically turns itself off, and more. I recommend turning on "Show Battery Gauge In Notification Area.

The Virtuoso RGB Wireless XT didn't let me down once when it came to in-game sound quality, but I do have some fights to pick with it when it came to music listening. Over the time I tested the Virtuoso RGB Wireless XT, I found that it struggled in some areas, and really shined in others. It didn't take me long to realize that the headset's main strengths in terms of sound quality was in games, and not in high-quality FLAC music.

The gaming experience with the Virtuoso RGB Wireless XT was exhilarating. The headset sports a very balanced sound signature that I believe is slightly orientated towards the mid-tones, which can be helpful in competitive games that require listening for footsteps. While I do believe the headset is suitable for competitive gamers, I was not at all disappointed with its performance in titles such as The Witcher 3: Wild Hunt and God of War.

I did some slight tweaking in the iCUE software to give a tad more bass, this change increased the overall audio experience for me in the two aforementioned titles, but it wasn't something I did when I was playing a competitive shooter such as Apex Legends.

Listening to music in lossless or FLAC quality really showed the limitations of the Virtuoso RGB Wireless XT when compared to my pair of AIAIAI headphones. While I could certainly notice a drop in quality compared to my headphones, I believe most people would consider the audio quality passable. 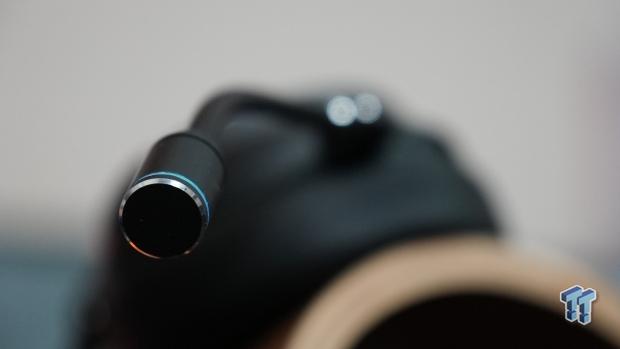 So, is the Virtuoso RGB Wireless XT and its features worth the $269 MSRP? I wouldn't pay $269 for it, but that is because I wouldn't use the feature that allows your phone and PC to be connected to the headset at the same time. 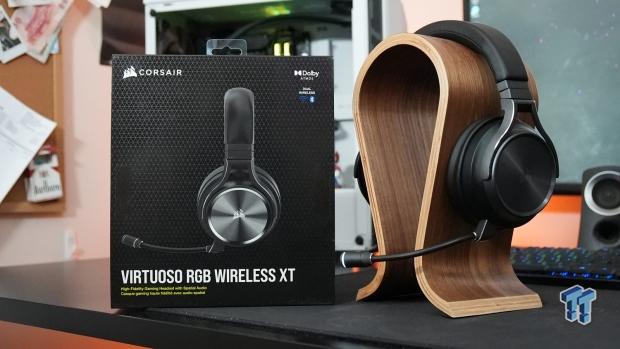 However, if you don't see yourself regularly using this feature, there are plenty of other gaming headsets on the market that can achieve sound equivalent to the Virtuoso RGB Wireless XT and sport a better battery for half the price (ROCCAT Air Wireless).

It comes down to asking yourself if you need all those bells and whistles. Some gamers do, and some gamers don't, but luckily for those that do, Corsair has the Virtuoso RGB Wireless XT to fill those needs.