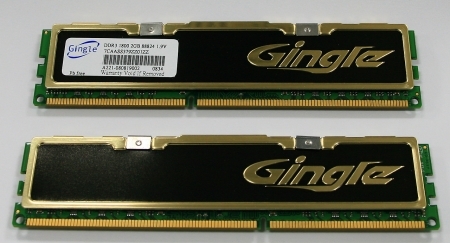 The modules are endowed with, what the company believes are, lower latency timings of 8-8-8-24 and feature striking black heatspreaders, with gold accents and trim.

Circa 1.84V on an Intel P45 platform and 1.94V on an NVIDIA 790i platform are the power requirements stated, with Gingle hedging its bets on this one by comparing the attractiveness of its product, on a like-for-like basis.

With an 8 layer PCB forming the foundations, will Gingle gets its competitors quivering in their boots?
Newsletter Subscription