Not only a good feat in the storage capacity department, Samsung also claims using its own MLC flash RAM and SATA-II interface that its upcoming SSD will be able to hit massive read speeds of 200MB/s (yes - megabytes per second) and sequential read rates of 160MB/s. 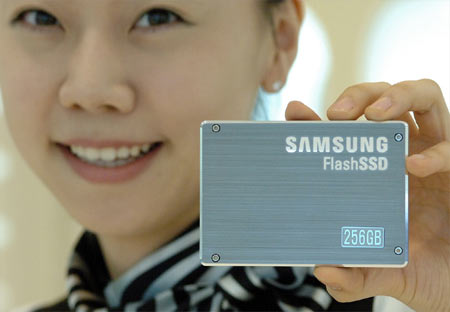 There were no details released on pricing but current 256GB SSD drives can exceed $5000 where as a 300GB WD Raptor drive will set you back about $300.