While it was a little hard at first to get the event address details confirmed, we eventually made it and got a glimpse of ASUS' P45 lineup which will officially launch next month at Computex. 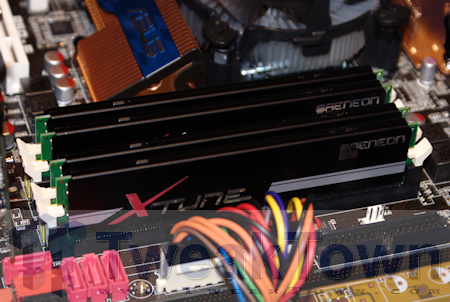 ASUS had many interesting demos on display but the first that caught our attention was a demo of an ASUS P5Q Premium motherboard running a grand total of 16GB of memory under Windows Vista. Qimonda's Aeneon DDR3 memory is to thank for the display.

There were a total of four 4GB XTune DDR3 memory modules running in Dual Channel. The memory was running at 800MHz DDR with timings of 5-5-5-18 at 2T. Take a look at the CPU-Z screenshot below which we grabbed as well as Windows Task Manager performance tab. 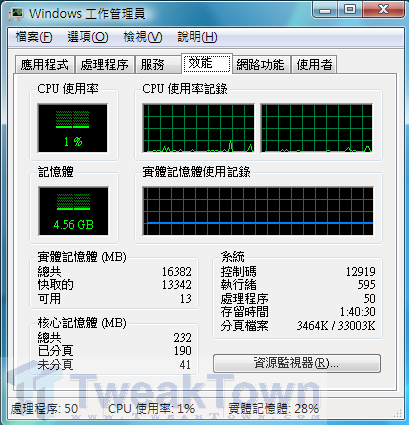 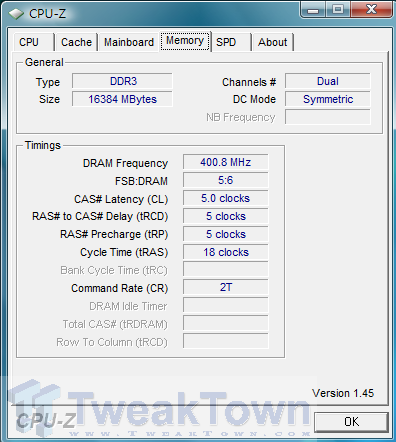 For those of you who dream nightly about having 16GB of system RAM, your dreams could be coming true on an Intel P45 motherboard in the next few weeks.