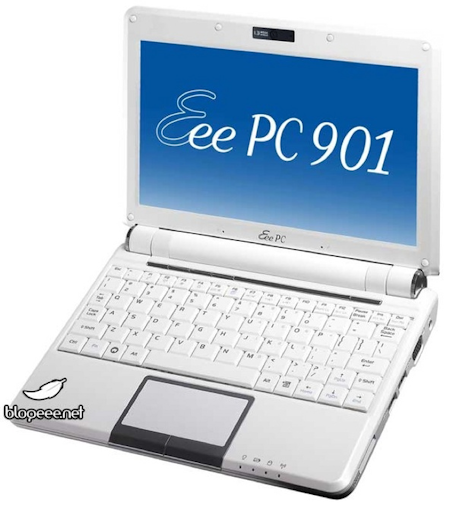 MSI is positioning its Eee PC competitor very aggressively in the US market at $399 and it does seem as if ASUS has acted very quickly. Blogeee.net managed to get (or be purposely given) press shots of the ASUS Eee PC 901. It is said to include a new motherboard with an Intel Atom processor presumably clocked at 1.6GHz like the Wind and it has the same screen size and other specs as the Eee PC 900.

It does have some subtle cosmetic changes such as shortcut buttons above the keyboard and the power and audio ports have been changed as well as the Kensington lock in a better position.

There are no details on exact release date yet but ASUS does have some work to do to reduce the price by $150 USD to bring it in line with the slated RRP for MSI's Wind in the US.