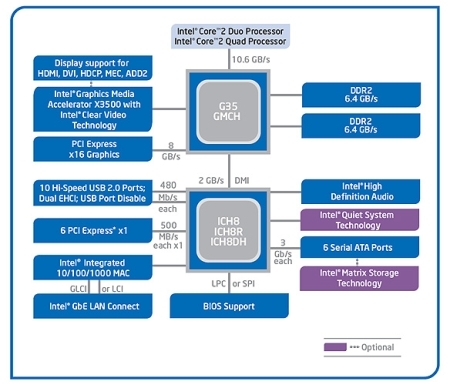 ASUS, who was quick to act, immediately uploaded the Intel Graphics Media Accelerator Driver V7.14.10.1451 for Windows Vista (32-bit and 64-bit) to its website. The Taiwanese company is claiming the "World's First Intel Platform with Onboard Integrated Graphics Card to Natively Support DirectX10". Read through the lines and all the smoke and mirrors though, and any G35 based motherboard will have support for DX10.

Don't expect performance of the onboard graphics solution to go through the roof and match that of your ATI or Nvidia discrete card but it's a good sign anyway and about time for Intel who has marketed G35 as having DX10 support for ages with no driver to show for it.