It is said that we should see the upcoming chipset first sampled as early as next month, with a launch date of sometime in July which is when Intel's G45 should see light of day with its assumed DDR3 support. However, Expreview have strong suspicion that NVIDIA will beat them to it.

As to the logic of running DDR3 in a more budget oriented platform; well, it would seem to be a bit un-fitting given the cost of DDR3 memory hasn't really dropped much at all yet, though this will hopefully soon change for the better with the presence of chipsets like these hitting the market. 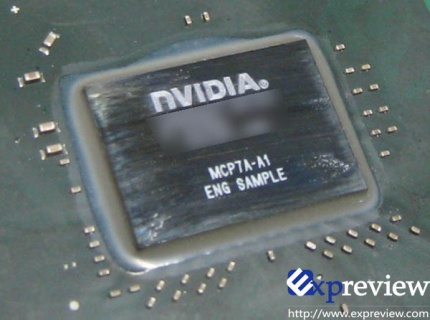 Because of Hybrid SLI, NVIDIA mainstream market strategy is now facing a big change. The new chipset, MCP7A-H, have been canned before it enters the market. Because it is lack of integrated graphic, can not meet the needs of NV's recent changed strategy.