Elden Ring is FromSoftware's most successful game ever, and the studio wants to do a lot more things with the landmark RPG series. 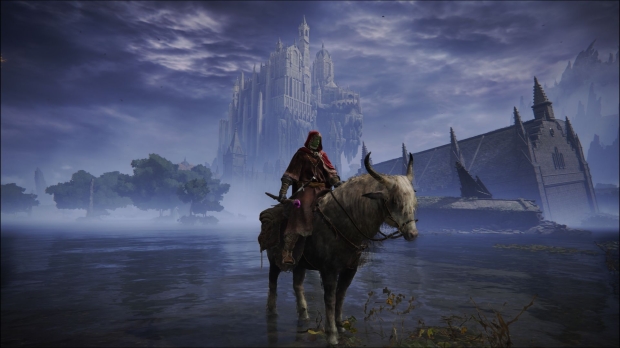 FromSoftware's macabre mastermind Hidetaka Miyazaki confirms that more Elden Ring content is on the way. At The Game Awards 2022, Miyzaki said that he and his team wants to create new content in the bizarre universe...which could range from an expansion to a completely new sequel.

"As for Elden Ring, we have several more things we want to do," Hidetaka Miyazaki said on stage after Elden Ring won the Game of the Year award.

A bit ago Bandai Namco confirmed Elden Ring was a fully-fledged franchise. Rightly so: Elden Ring has now sold over 17.5 million copies in less than a year, becoming one of the best-selling titles of 2022. The publisher and FromSoftware owner Kadokawa Group has said they plan on exploring new content and transmedia opportunities with the franchise.

Kadokawa plans to "maximize the lifetime value of Elden Ring with a media mix," the company said in an earnings report.

Miyazaki's comments come shortly after Sony's PlayStation and Tencent's gaming divisions bought a direct 30% stake in FromSoftware for $295 million in order to "strengthen FromSoftware's capabilities to create and develop game IP," and to help establish the Japanese firm as an actual games publisher.

This could see FromSoft moving away from Bandai Namco to develop new games, however it is like that Bandai has a multi-year exclusive publishing license for Elden Ring.

Reports suggested that Bandai Namco and FromSoftware would announce a new Elden Ring expansion at TGA 2022, however the team instead revealed another FromSoft project instead: Armored Core VI: Fires of Rubicon.