After 2 years of support, Assassin's Creed Valhalla is about to ride off into the sunset with its final content drop, and Ubisoft has teamed up with Bungie and Capcom to send the game off with a bang. 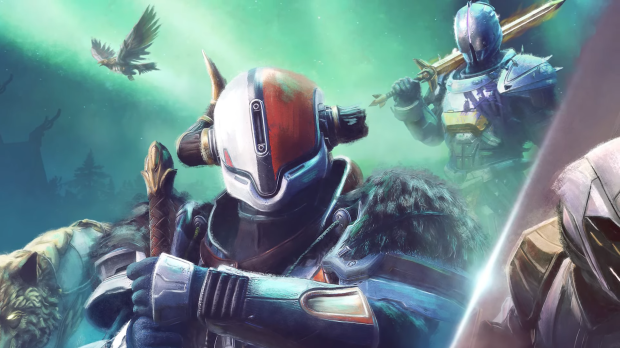 Destiny is no stranger to collabs--the game had a surprising Fortnite crossover this year--and now another epic crossover is happening with the Assassin's Creed franchise. Bungie and Ubisoft have announced both games will be getting AC and Destiny content in the form of buyable cosmetics.

Destiny 2 and Assassin's Creed players will be able to buy packs that include crossover content from each game. Assassin's Creed Valhalla will get some awesome armor sets that allow Eivor to transform into two of the most iconic Guardians in Destiny history, Lord Shaxx and Saint-14. The Valhalla pack includes 2 armor sets--Lord Shaxx and Saint-14--swords, a mount, and more weapons.

The cosmetics will go live on December 6 and will be purchasable in the Eververse and the Valhalla in-game store. Dataminers have already uncovered the files in AC Valhalla and revealed exactly how these items will look in the game.

Interestingly enough, Valhalla is also getting crossover content with Monster Hunter...which is a pretty big deal considering Capcom's latest game is coming to Xbox and Game Pass in 2023.