Intel is gearing up to battle AMD in the HEDT market with its new Sapphire Rapids Xeon CPUs, with some new teases of a reveal and release date in the rumor mill.

The new Intel Sapphire Rapids-WS processors will be unveiled on February 7, 2023 according to sources of Wccftech, while the release will be a couple of months later in April 2023. We recently heard that Intel had massive delays of its new Sapphire Rapids platform, with this just adding to it... although its earlier than previous rumors. 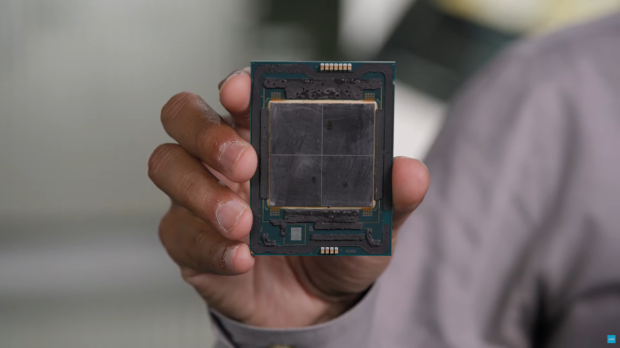 AMD already has its Ryzen Threadripper PRO series of CPUs smashing cores together like they're nothing, with Intel pretty far behind in the HEDT market now. We have no idea what type of pricing to expect on Intel's next-gen Sapphire Rapids Xeon CPUs, but they won't be cheap... while alongside the new Sapphire Rapids Xeon CPUs we'll see the new W790 chipset and a slew of next-gen W790-based motherboards.

Earlier this year we heard about leaks on the new Intel Xeon-W series processors, with the flagship Intel Xeon W9-3495X processor reportedly featuring up to 56 cores and 112 threads of CPU power with TDPs of 350W by default. We are to expect up to five models of these new Xeon-W processors to be overclockable, which is going to be very interesting indeed.

AMD has its current-gen Ryzen Threadripper PRO 5000 series CPUs on the market already, both with system builders and the DIY market recently, while Intel has its current-gen 3rd Gen Xeon-WS series on the market. AMD will be launching its next-gen Ryzen Threadripper PRO 7000 series in 2023, with Intel to battle it with their upcoming 4th Gen Xeon-WS series in 2023, also.

On both sides of the HEDT battle, users will need to upgrade to DDR5 memory and will enjoy PCIe 5.0 for super-fast next-gen SSDs and upcoming GPUs in the future that will drop on the PCIe 5.0 standard. Don't expect them to be cheap, given that these aren't for gamers or regular consumers... but rather for those who need more cores than you can get out of something like AMD's just-released Ryzen 9 7950X with its 16 cores and 32 threads of Zen 4 processing power.