The new KIOXIA CM7 Series SSDs support EDSFF E3.S and 2.5-inch1 (15mm, z-height) form factors and are designed to the NVMe 2.0 and PCIe 5.0 specifications, and are available in two configurations: Read-intensive 1 DWPD2 with capacities up to 30.72TB, and mixed-use 3 DWPD with capacities up to 12.80TB. 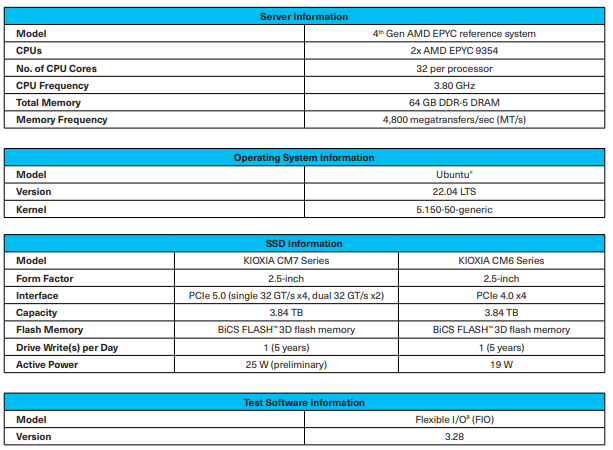 Not only that, but KIOXIA includes features like a dual-port design for High Availability (HA) applications, flash die failure protection that maintains reliability in the cases of die failure, and a Self-Encrypting Drive (SED) that supports TCG Opal and TCG Ruby, as well as a SED option of FIPS 140-35.

KIOXIA's new CM7 Series SSDs are currently in pre-production, with the company noting that all of the specifications and test results are subject to change.

On the CPU side of things, KIOXIA is working with AMD and its new EPYC 9004 processors that are powering current and future data centers that -- in the words of KIOXIA -- take in an "overwhelming amount of data from many different sources, located both on-premises and at the network edge".

This isn't for your gaming PC, with KIOXIA targeting markets that have compute-intensive, algorithmic technologies like AI (artificial intelligence), machine learning (ML), deep learning, and data analytics. KIOXIA has tuned its CM7 Series SSDs for these markets, ensuring IT administrators are provided with fast storage device performance for end-users, supporting a huge array of applications and workloads.

This is where the beauty and speeds of PCIe 5.0 NVMe SSDs... with PCIe 5.0 offering double the performance of PCIe 4.0 SSDs... data centers will be falling in love with those wicked high speeds.

How good are the new speeds? KIOXIA conducted tests with the AMD EPYC 9004 processor and system, between its current-gen KIOXIA CM6 Series SSD and the new KIOXIA CM7 Series SSDs with some truly next-gen performance. 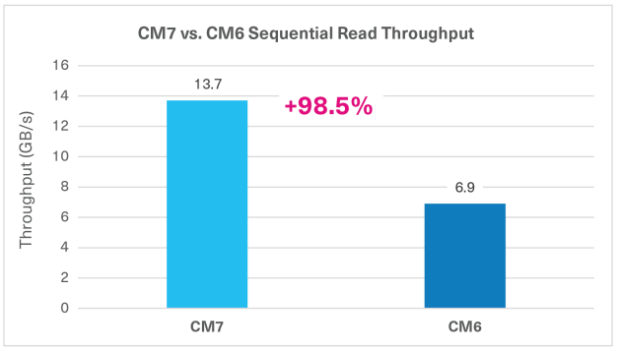 The company explains its sequential read tests: "This FIO test reads data of a specific size that is ordered one after the other from a Logical Block Address (LBA) perspective. Sequential read performance is regarded as data throughput and typically specified in either megabytes per second (MB/s) or gigabytes per second (GB/s). Higher values indicate better results".

As you can see, the KIOXIA CM6 Series SSD was pushing just 6.9GB/sec sequential read throughput, while the next-gen PCIe 5.0-enabled KIOXIA CM7 Series SSD that pumps up to an incredible 13.7GB/sec (a huge 98.5% improvement in performance, effectively double). 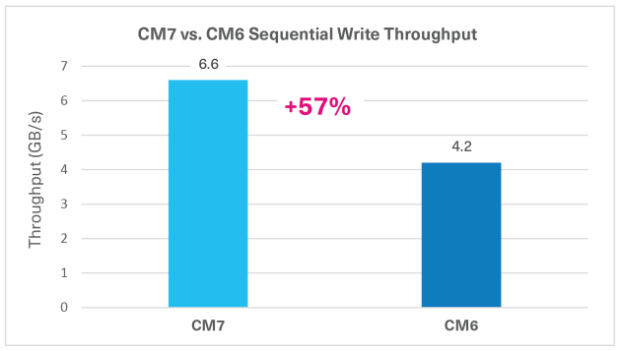