KIOXIA has just announced its new CM7 Series enterprise NVMe SSDs that are on the PCIe 5.0 standard, offering up to a huge 14GB/sec read speeds, and up to a massive 30TB capacity. 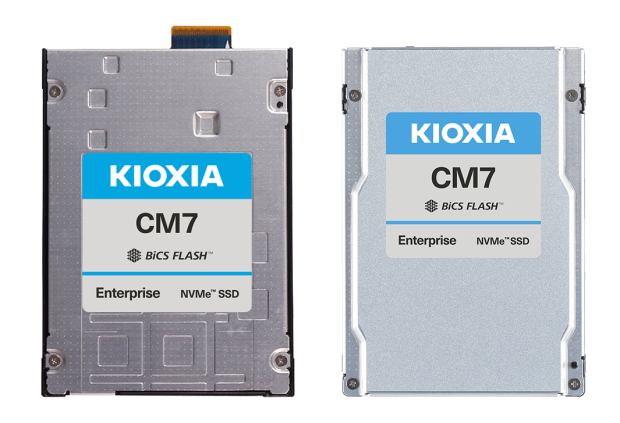 Neville Ichhaporia, vice president of SSD marketing and product management, KIOXIA America, Inc. said: "Applications such as AI, ML, and data analytics continue to drive the need for higher performance from the underlying storage stack, so that users can access, process, and manage data quickly, efficiently, and in real-time".

"Our CM7 Series SSDs with PCIe 5.0 technology was designed to meet the demands of next generation use-cases. CM7 not only doubles performance from the prior generation but also offers an expanded set of form factor options, larger capacities, and premium features for our enterprise server and storage customers". 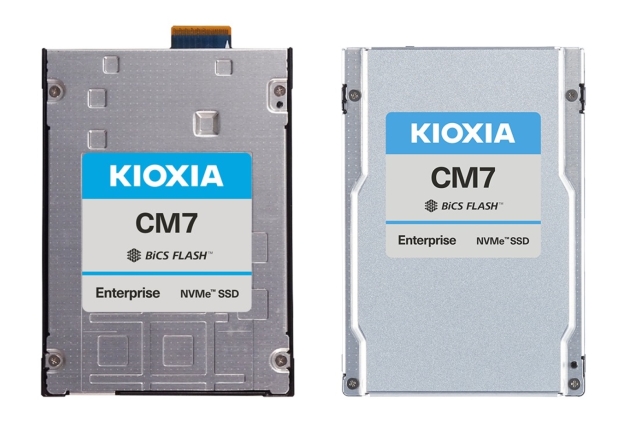 Jeff Janukowicz, research vice president at IDC said: "PCIe 5.0 will deliver new levels of performance and will usher in a wave of EDSFF form factor SSDs, helping to replace the 2.5-inch form factor for servers and storage. We expect the EDSFF form factor to grow to over 50% of enterprise SSD unit shipments by 2026. With the new CM7 Series family of SSDs, KIOXIA is well positioned to capitalize on the transition to EDSFF".