Diablo 3's auction house, which is arguably the worst thing that Blizzard has ever created, wasn't very successful and it probably won't ever be re-introduced into the series. 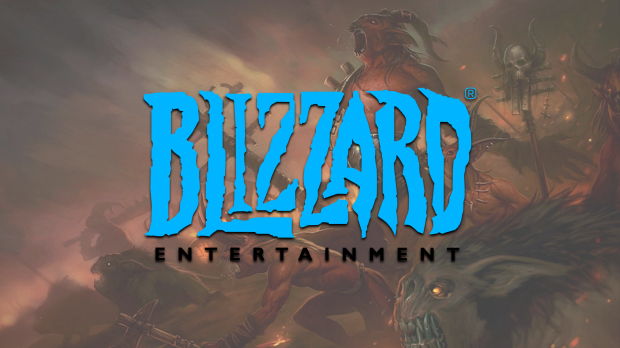 If you played Diablo 3 back in 2012 then you know all about the Real Money Auction House (RMAH). Blizzard had created an in-game store where you could buy and sell items for real money, creating a shifting macro-economy that significantly detrimentally affected gameplay. The RMAH fostered an unsatisfying gameplay loop where players were stuck in a kind of hellish limbo of not being able to progress because they were not well-equipped enough to farm specific areas for gear. It was a time where legendary items were incredibly rare, and an era where the smallest of act 2 insects could absolutely destroy most players on Inferno difficulty.

Luckily, this machination didn't make much money. In a recent Diablo panel at PRGE 2022, Diablo 3 game director Jay Wilson talked about the RMAH and revealed that money was never the goal. The auction house was made to secure the game, not monetize it.

"No, I didn't like it at all," Wilson said about the auction house.

"The thing I could never say when I worked at Blizzard was the reason we wanted to do the Real Money Auction House was security. No other reason. It was not to make money, because we didn't honestly think it would make that much money.

"The biggest problem that people complained about in Diablo 2 was item duping and all the hacks and all the gold sellers. There's almost no way to fix that problem without somehow controlling the trading market.

"You have to control it in some way. There's lots of good ways to do it--especially now we know even more--but at the time that was our idea. If the trading market is in the game, we control it, and the hackers don't."

"That's the other reason we went online-only. Because when you don't go online-only, you have to give out the client server and once you do that, hackers got you. I could not say those things because you do not poke hackers. If you say that we're doing it for security reasons, the hackers go 'oh really'. I could never say that."

Wilson goes on to say that the RMAH just didn't make much money. It probably made up to $15 million, Wilson guesses, which is a pittance compared to the $500 million that Diablo III made at launch. The Real Money Auction House made 2% of Diablo III's launch revenues at $10 million, and 3% at $15 million. It was indeed not very profitable.

"The short answer about the profit...it made a little bit of money, but nothing compared to...it was not that profitable. We never expected it to be. And I know people thought we were just trying to make a lot of money, we really thought of it as a courtesy for making the game more secure.

"If it made more than $10-15 million I'd be surprised. That sounds like a lot of money, but when you compare it to WoW, which was making that probably every 10 seconds. It was not very profitable."

So why did the RMAH stick around for so long? It was nearly unanimously reviled by gamers and massively disrupted progression. Blizzard kept the RMAH in Diablo 3 for so long because they were afraid of legal ramifications, Wilson says.

"By the way, the reason why we did not get rid of it right away when we saw it was a problem was legally we didn't think we could because it was advertised on the boxes. So we actually took a long time to try and work out all the legal issues before we finally said 'okay we think it's finally worth trying it, if we get a lawsuit oh well.'"

The RMAH is unlikely to ever return because it wasn't very profitable and it really did mess up the game's economy.

Diablo IV will instead use a battle pass and cosmetic-style monetization.